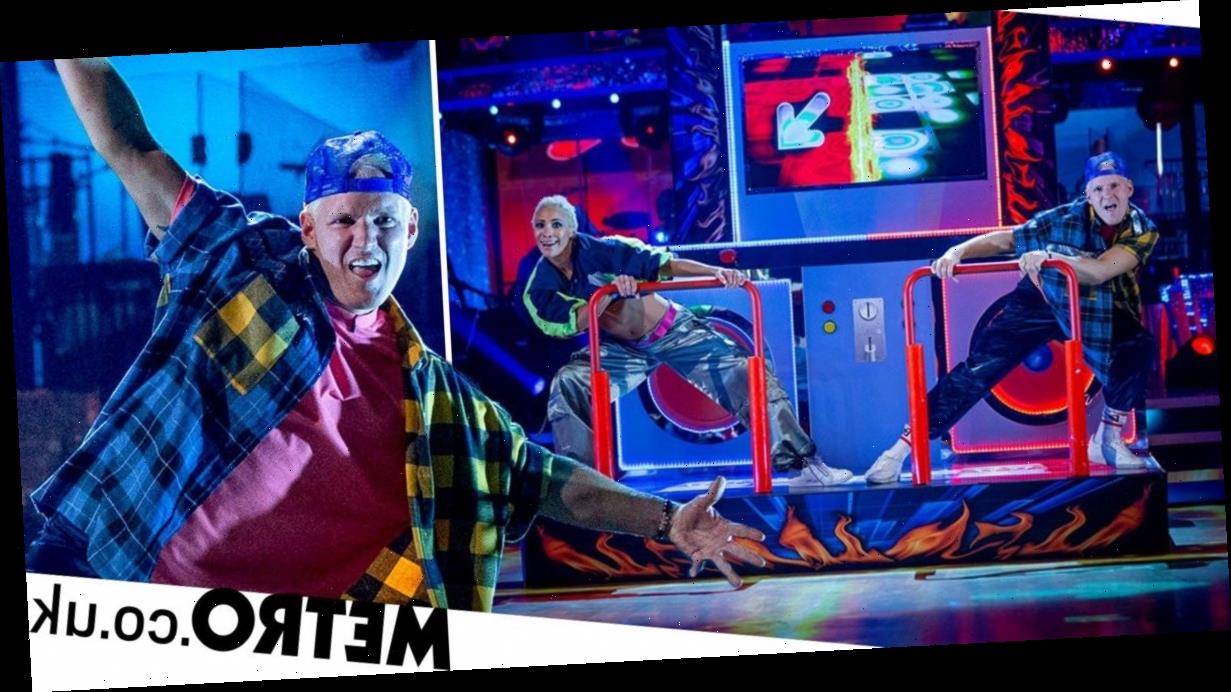 Jamie Laing’s Strictly Come Dancing season got off to a rocky start, but the Made in Chelsea star has clearly found his groove with partner Karen Hauer, shooting to the top of the leaderboard after Saturday’s routine.

The pair wowed the judges with an energetic street routine for their couple’s choice, earning a nearly perfect score. Both Shirley Ballas and Anton du Beke gave the duo a pair of 10s, while usually conservative Craig Revel Horwood presented a rare nine paddle to the shocked dancers.

With the huge result, Jamie and Karen now sit at the top of the Strictly leaderboard—after nearly being sent packing after the dance off in week two.

Craig said he originally doubted the posh Oxford native’s ability to pull off street dance, but the blonde reality star, dressed in a backwards baseball cap and red worn tee underneath an open, loose blue and orange checked shirt, proved the discerning judge wrong with what Craig called an ‘amazing’ performance.

Shirley also heaped praise on the street dancers, telling Jamie: ‘You kept up with [Karen] – you gave 100 percent, I’m in shock!’

Jamie was quick to defer the compliment to his talented partner, saying: ‘She draws it out of me. Karen is incredible!’

The pair were still ecstatic when they went upstairs to visit Claudia Winkleman, and Jamie’s smashing success of a night was made even better with a video message from his girlfriend and Made in Chelsea co-star Sophia ‘Habbs’ Habboo.

Meanwhile, EastEnders star Maisie Smith, 19, who is still sparking rumours about a romance with HRVY, was back on excellent form after landing in the dance off last week. Her triumphant salsa with partner Gorka Smith earned a nine from all three judges.

But it was Jamie and Karen who ultimately stole the show, and fans were clearly thrilled with the performance.

‘That was fantastic,’ one person tweeted. ‘Jamie is improving so much every week. It was a full on routine and he did not disappoint. Loved it and two 10s – well deserved.’

And another wrote: ‘I’m nobody and I know nothing but to me it looked like two pro dancers.’