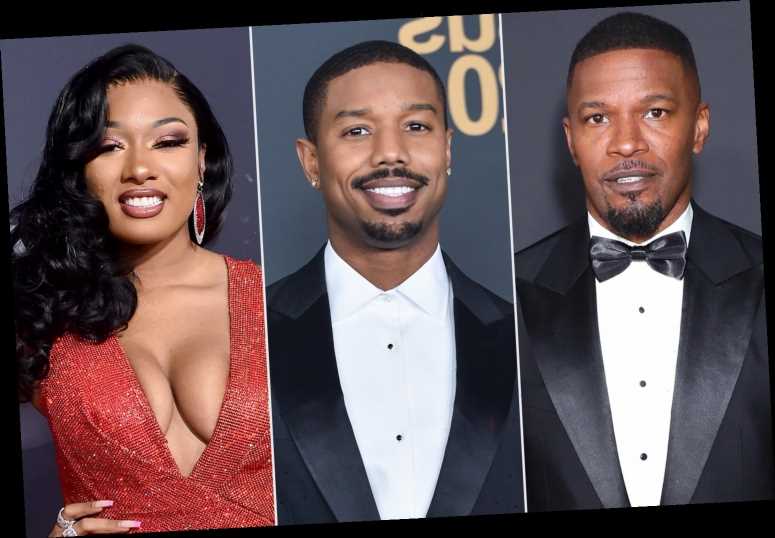 Michael B. Jordan's costars and famous friends are congratulating the actor on being named PEOPLE's Sexiest Man Alive.

On Tuesday night, the Sexiest Man Alive reveal was made on Jimmy Kimmel Live!, with the 33-year-old actor helping debut the magazine cover during the episode alongside host Jimmy Kimmel. In this week's PEOPLE cover story, Jordan said that "it's a cool feeling" to be crowned Sexiest Man Alive — a title he didn't think was in reach.

"You know, everybody always made that joke, like, ‘Mike, this is the one thing you’re probably not going to get.' But it’s a good club to be a part of," he said.

After sharing the reveal on his Instagram account — captioning the post, "My grandma lookin down talkin bout “that’s my baby” 🤎😂Thanks @People for naming me 2020’s #SexiestManAlive! Order a copy!" — a slew of stars praised the Creed actor in the comments section of his post.

For more on the Sexiest Man Alive – and 158 of the hottest guys in Hollywood – click here and pick up this week’s issue, on stands Friday, Nov. 20!

As for who will be most excited for his new title, Jordan told PEOPLE that the women in his family "are definitely proud of this one."

"When my grandmother was alive, it was something that she collected, and then my mom naturally reads it a lot and my aunts as well. This is one that they’re definitely going to have a special place for," he said. The single actor, who when not working relishes driving cars, cooking and playing video games, insists the secret to his confidence now was "fully realizing that you can’t make everybody happy."

"You could have all the good intentions in the world, and you’ll still get controversy or some type of negativity thrown your way," said Jordan. "Sometimes you’ve just got to trust the universe, you know? You’ve got to just believe in yourself and do what you feel is really right. I think that adds up."

Watch the full episode of Sexiest Man Alive: Michael B. Jordan on PeopleTV.com, or download the PeopleTV app on your favorite device.