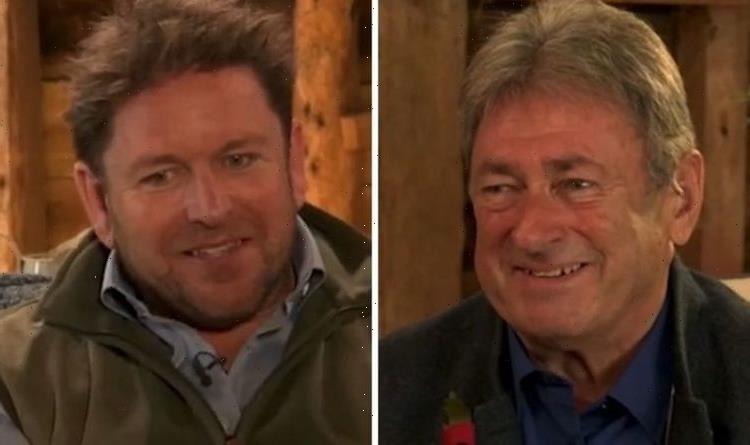 Love Your Weekend host Alan Titchmarsh was joined by ITV chef James Martin on Sunday afternoon to speak about his new upcoming tour. Whilst speaking on his hobbies outside of cooking and, Alan mentioned James’ love life, to which he seemed to sideswipe and move the conversation along to avoid answering.

After speaking about the hobbies in which James has picked up outside of cooking, Alan commented: “I’m just wondering what happened I wrote it down here ‘Britain’s most eligible bachelor’.”

James continued: “That’s when they used to get magazines, you used to have this thing called a magazine before the internet.

“Oh my god, you have done the research that was long time ago, Company magazine.”

Trying to get a more solid answer from him, Alan continued: “Are you pinned down yet?” but James once again replied: “I’m just getting older.

“Teach my team, the younger generation, I was with students yesterday to say how amazing this industry is and go for,” he revealed.

James has previously given his view on marriage and children in the past, and speaking to Sunday People in 2019, he said: “No, it doesn’t interest me in the slightest.

“Mainly because I’ve catered for so many weddings, really. I admire people who do it, that’s fine, but I’m quite happy.

James also doesn’t have any children and has previously said that his career appearing on shows such as This Morning have played a role in him not becoming a father yet.

“People have said that [he would be a good dad], but I was too busy, I love my job, and it’s the best in the world.

“But I still think, ‘What’s next?’ Now I’m about to start the biggest project I’ve ever done, we bought a business in lockdown, and we’re going to turn it around,” he told MailOnline.

Earlier in the show, James also spoke to Alan about his childhood and how he never had “anything”, which inspired him to work hard for his career.

“It’s just the most fascinating subject, how you can take produce from the garden or from the farm and bring it together.

“But also, more so now, you’ve got a voice where you can say ‘Look at this people, this is amazing, try this,” he concluded.

Love Your Weekend with Alan Titchmarsh airs Sunday’s at 10:30am on ITV.
Source: Read Full Article