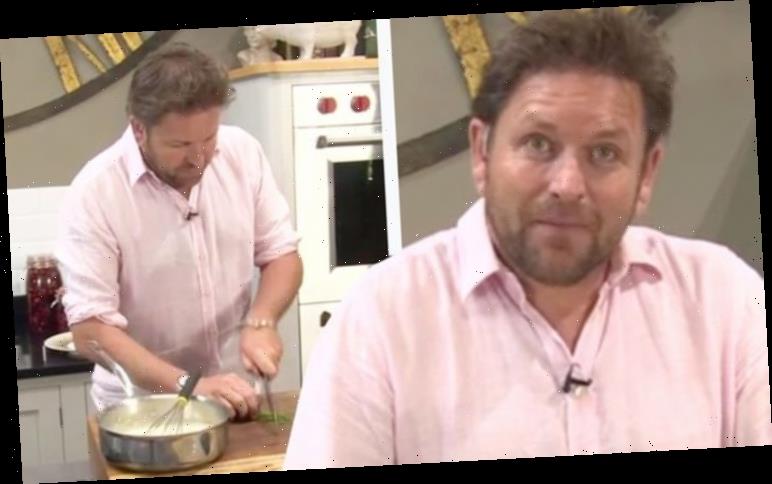 James Martin was back on This Morning at the beginning of the week and he was cooking two dishes for presenters Ruth Langsford and Eamonn Holmes. But those watching at home were left stunned by the volume of one ingredient he was using when creating his haddock fishcakes and easy mustard cream sauce.

“A simple little fishcake really, with potatoes and really good quality fish – I’ve got some amazing smoked haddock over here,” the chef kicked off with.

“This is the one you need to buy as well, not the bright yellow one, the yellow one is a spray, that’s like a paint they put onto the fish, this has seen a smokery.

“What I’ve done is, poached it in a little bit of full fat milk then what you need to do is lift it out – allow it to cool down slightly, but not fridge cold – the lift this out carefully and all I’m going to do is break this.

“With fishcakes, the potato is just to binding agent, when popping the fish in, you want to be putting in over half, I’d say a third of potato, two thirds fish.” 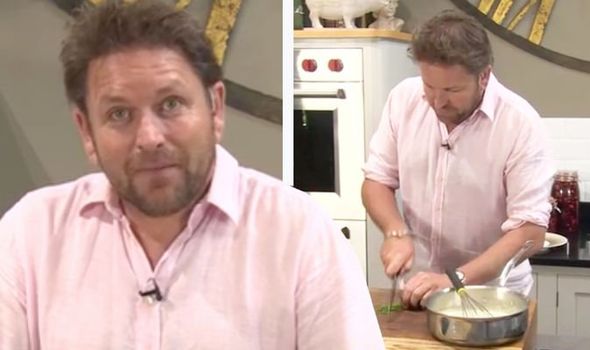 James then demonstrated how viewers can recreate his fishcake before moving onto the sauce.

“The sauce is really straight forward, a classic simple little béchamel,” he explained.

“We’ve got butter, we’ve got flour, but the milk comes in the form of the cooking liquor that we’ve got here.

“So we add a little bit of butter in here, now the important thing is, is when you’re making a béchamel, is not to make it too thick,” James continued.

“So often with this, we make it too thick.” 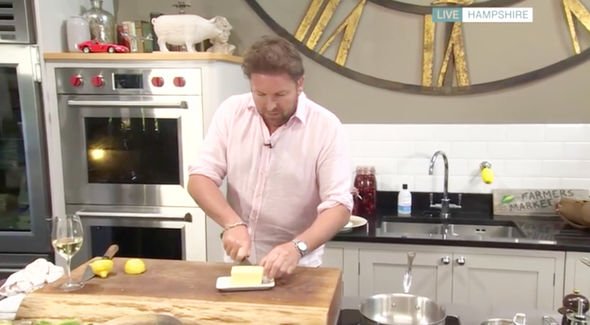 Once the butter was melted in the pan, James added a “little bit of flour” and then whisked the ingredients together.

He slowly added the “liquor left over from the fish” into the pan.

“Very quickly, it will turn into a sauce, if you use a whisk, you don’t get any lumps,” James remarked.

Those watching at home were then told the different options to flavour the sauce; white wine, mustard before “offsetting it with a little bit of cream”. 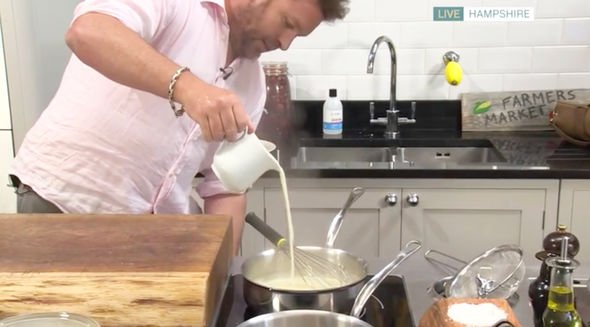 This Morning viewers commented on the quantity of butter the chef used.

A third wrote: “Can I have extra gluten with my lard and fried butter please… #thismorning.”

“James loves his butter… #ThisMorning,” someone else commented.

While one viewer wrote: “If i cooked liked James I’d be the size of a house #ThisMorning.”

Last week, James explained the best way to cook pasta; while some thought it was simply boiling water, the chef revealed the quantity of salt needed to flavour the water prior.

This Morning airs weekdays at 10am on ITV.