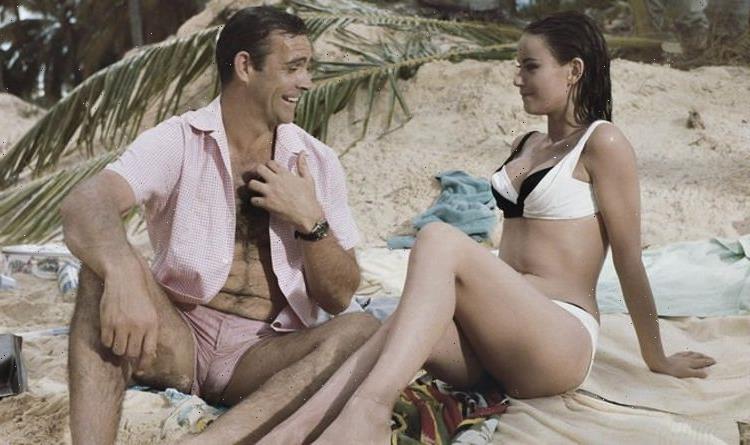 Sean Connery speaks in 1983 about taking the James Bond role

Sir Sean Connery became famous for playing James Bond during the 1960s and while many fans know he wore a wig, did you know about how he prepared for his 007 love scenes? Well according to Harry Potter star Michael Gambon, who was once considered for Bond, it involved leather bags of ice. During a throwback interview from over a decade ago, the Dumbledore actor shared how Bond producer Cubby Broccoli told him the behind-the-scenes secret.

Appearing on RTÉ, Gambon said: “Years ago when I was young and had hair and I was quite thin, George Lazenby played James Bond and it wasn’t very good.

“So Cubby Broccoli got 10 young stage actors, I was one of them, into an office in the West End and interviewed us.”

But Cubby replied: “Well so’s Sean Connery. So we put a wig on him and we put two leather bags on his chest before the take when you’re naked with the girls.”

Cubby explained: “They put two leather bags full of ice on your breasts and you go [makes breathing in sound].

“And then the man comes in just before the action and takes the bags off.

“Then Sean Connery has a beautiful flat chest and he has false teeth and all this [referring to his wig]. So you could well do it.” However, Gambon said: “But he didn’t offer it me!”

Earlier this year, Connery’s Rising Sun co-star Wesley Snipes shared how the Bond star only did movies scenes in his underwear when shot from the waist up.

Speaking with Total Film, Snipes remembered from the 1992 set: “When we were doing car scenes I was fully costumed.

“He came in with a jacket, tie and shirt, shorts [underwear] and slippers. I’m sitting there thinking, ‘Should I say something?’

“We filmed the whole scene and then he leaned over and says, ‘Why are you dressed in all your suit?’

Snipes added: “I was like, ‘Wow’ and a light went off. And since then, whenever you see me in a car, unless I have to get out, I’m in my shorts.”

He is equal with Sir Roger Moore in the total number of 007 films he featured in, although all of his successor’s were official outings.