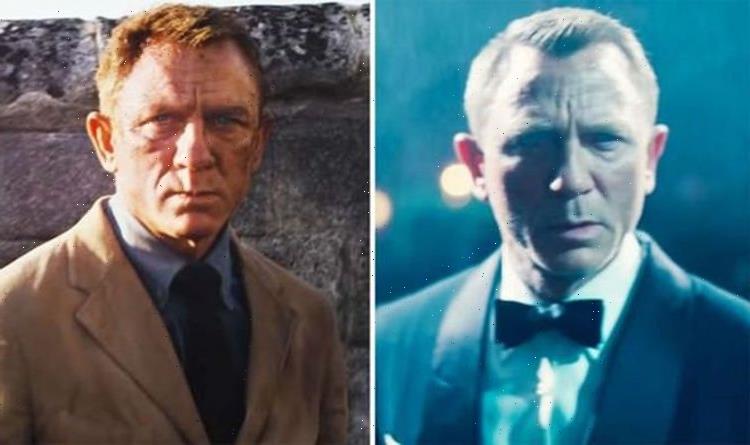 After scoring the role of a lifetime when cast as James Bond in 2005, Daniel Craig has since shot up from relative obscurity to being one of the biggest stars in Hollywood. Of course, such fame and fortune can lead some A-listers to have particularly big egos. But according to one of Craig’s Spectre and No Time To Die co-stars, this is simply not the case with the outgoing 007.

Brigitte Millar played Spectre board member Dr Vogel in both Spectre and No Time To Die.

According to the James Bond actress: “Daniel is absolutely lovely. He’s the typical English gentleman. He’s so kind and he’s so generous.

“It was quite funny actually because I was on my way to set and the wardrobe lady noticed there was something wrong with my blouse.

“And he came and very clearly saw me and he walked towards us. He very clearly wanted to come over and introduce himself.”

Brigitte added: “So he waited until the wardrobe lady had finished and then he said, ‘Hi my name’s Daniel, nice to meet you.’

“He was so gentlemanly. A big star could just walk past, not Daniel. He’s just lovely. Really, really lovely. I think he’s very down to earth.”

The actress is best known for Dr Vogel’s role in the ominous board meeting in Spectre in which Blofeld makes his terrifying entrance.

On the set filmed at Pinewood Studios, she said: “The hall was absolutely massive, you could put three or four houses in this hall. Everything’s sort of marble and gold.”

With around 180 people on the set, Brigitte certainly felt a lot of pressure not to fluff her lines.

The Dr Vogel star remembered: “It was a lot of fun filming it because Sam Mendes is, of course, a theatre director so knows and understands actors.

“He can tell just by looking at them whether an actor needs notes or not. I was so lucky to be given Carte Blanche to do what I wanted. He gave me one note, that was it.

“When Blofeld comes in and she gets flustered, he said, ‘You can do that a lot more.’”

At the time Brigitte didn’t know that Christoph Waltz’s Oberhauser was actually Blofeld.

The secretive nature of the Bond movie ensured that she only had her lines for the scene and didn’t know what else was happening in the movie to avoid spoilers leaking.

She returned as Dr Vogel in No Time To Die last month for Blofeld’s birthday party scene in Cuba.

WARNING: SPOILERS FOR NO TIME TO DIE AHEAD.

Her cameo saw her wishing happy birthday to the Spectre boss, who was watching virtually from prison in England via the bionic eyeball.

Brigitte shared how Cary Fukunaga was a very different director to Sam Mendes, allowing room for lots of improvisation and trying things out to see if they worked.

For Dr Vogel’s death scene, she had to practice break falling after the Spectre members were poisoned. Although wearing high heels and an evening dress on a slippery cold floor proved a challenge, so in the end, she had to fall on top of a padded stuntman, much to her relief.

No Time To Die is in cinemas now.