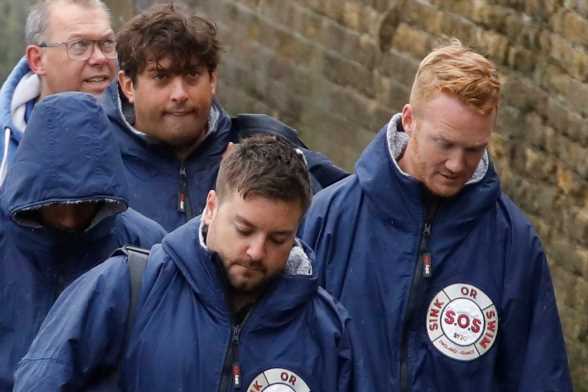 JAMES Argent and Greg Rutherford looked devastated as their attempt to swim the English Channel for Channel 4's Sink or Swim had to be rescued due to bad weather.

The Sun Online can reveal the 12 stars, including Alex Booker, Sair Khan and Wes Nelson, were just five miles from the end when they were hauled out of the water when conditions were deemed dangerous. 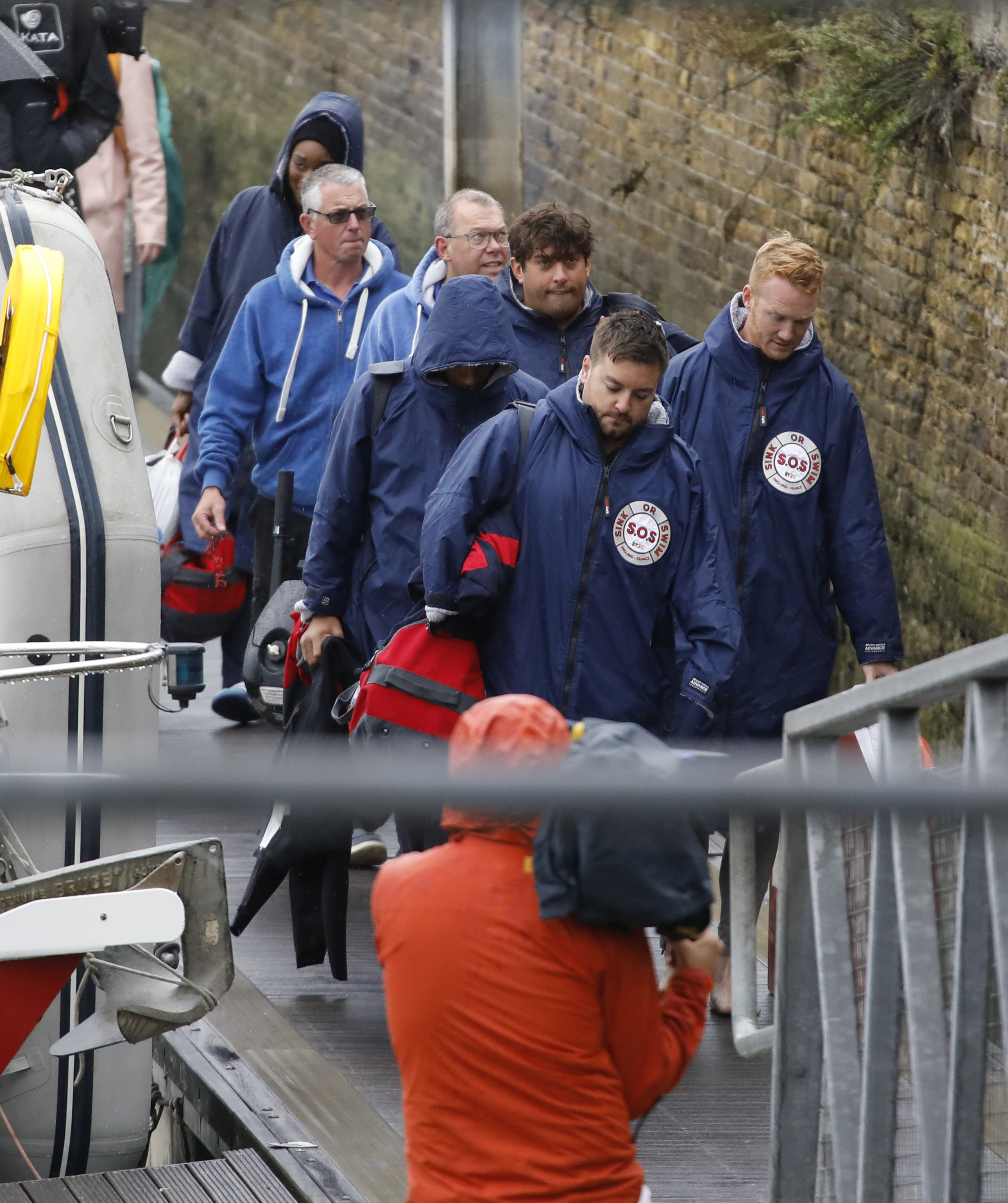 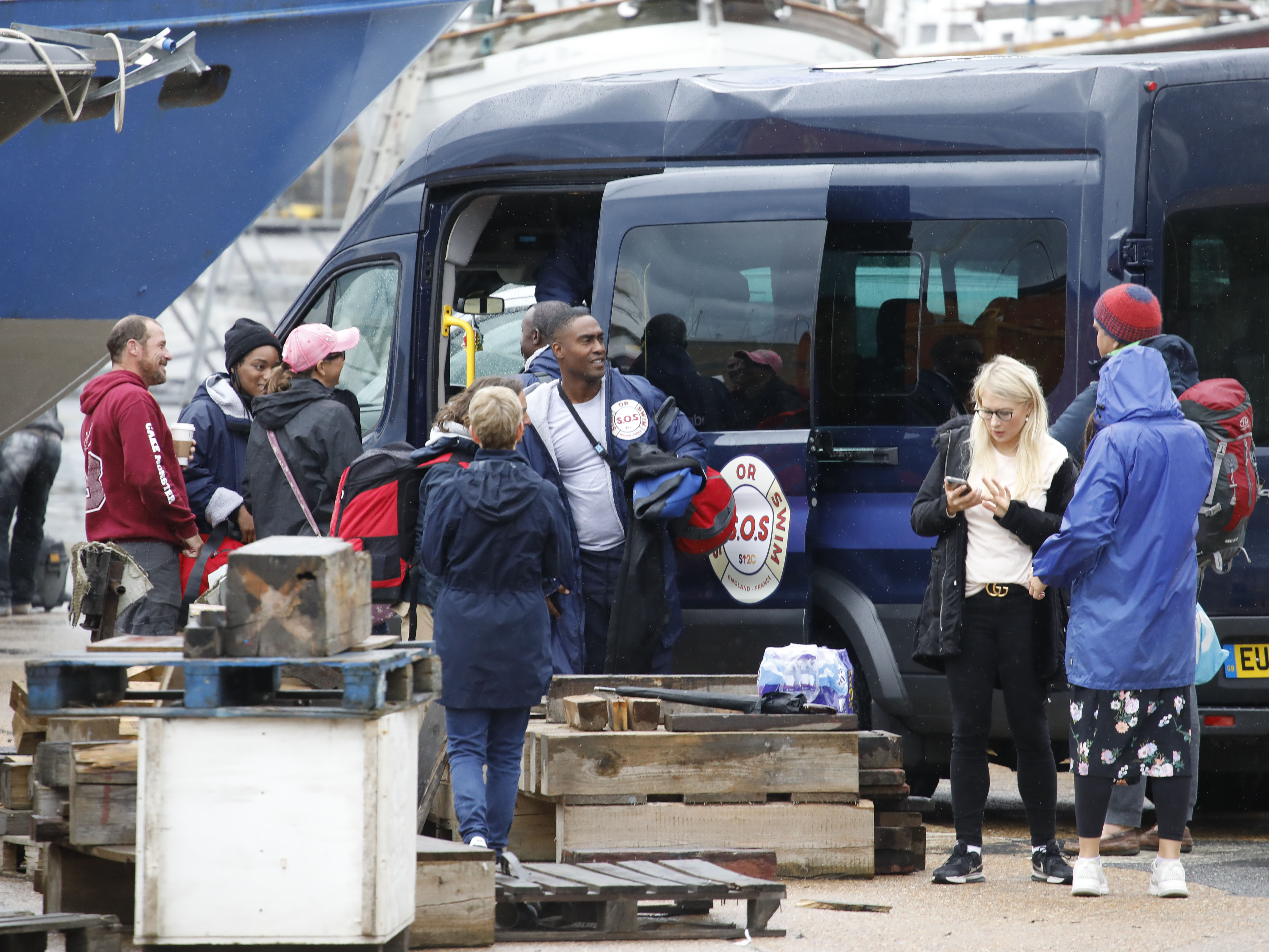 An insider explained: "Everyone is devastated because they worked so hard. It was very emotional but they should all be so proud of themselves especially as it was for such a brilliant cause."

Arg, retired Olympian Greg and funnyman Alex Booker were pictured looking crushed as they trudged off the boat in France after narrowly failing the challenge.

As the disappointed stars gathered by a minibus, Blue singer Simon Webbe did his best to put on a brave face.

The famous names were each wrapped in large navy coats on a bitter day on the continent and the show's logo "S.O.S" an unfortunate reminder of the perils of the challenge. 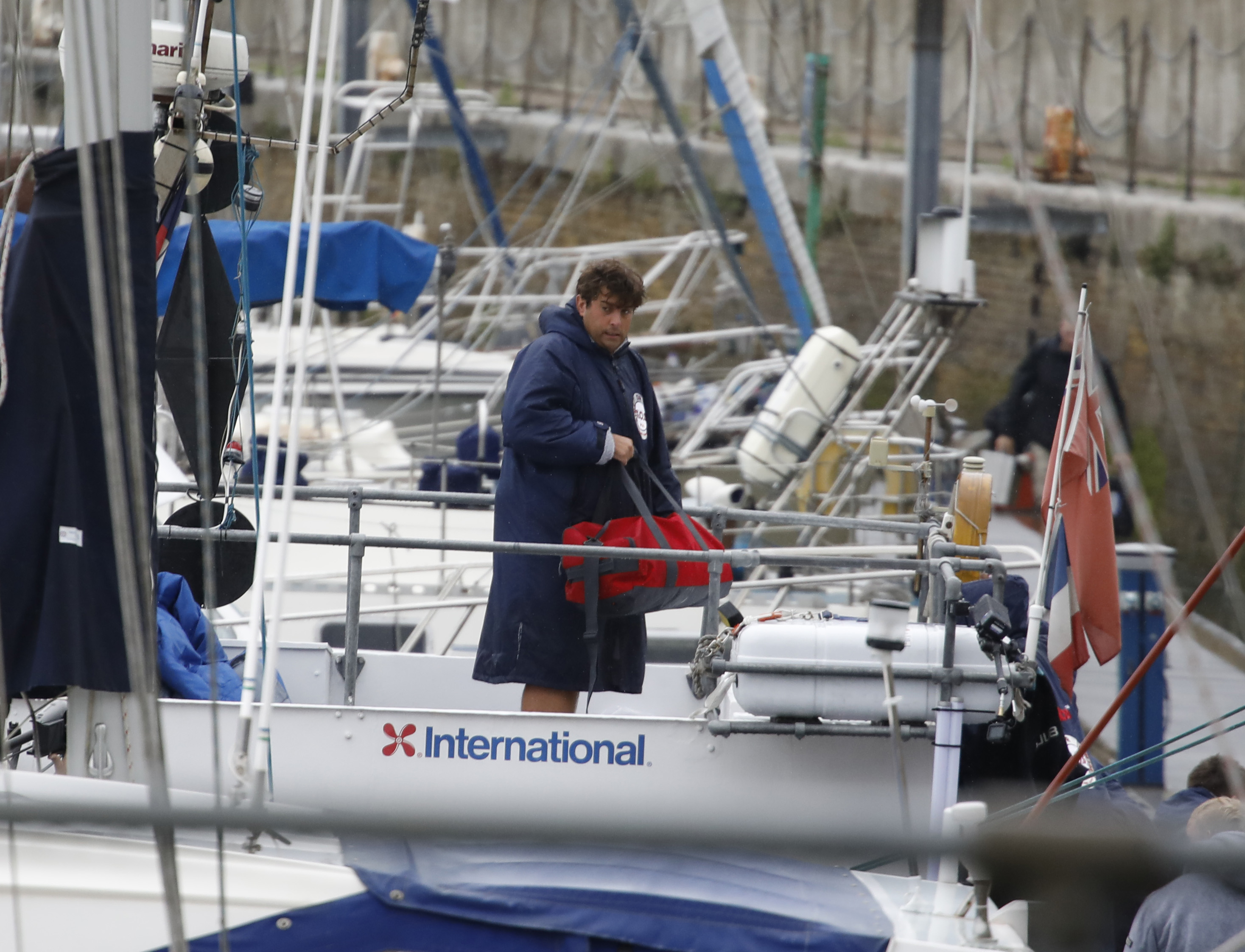 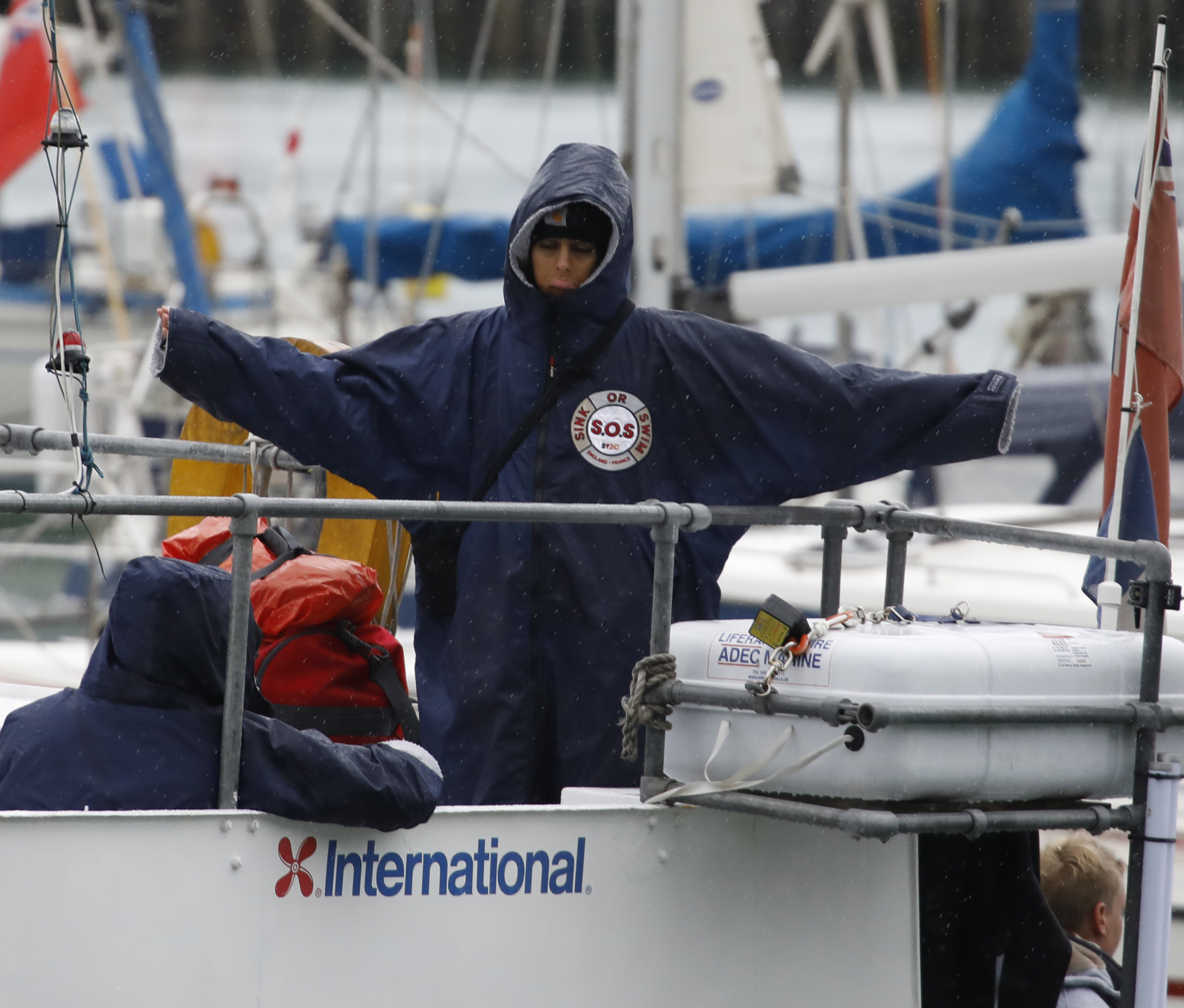 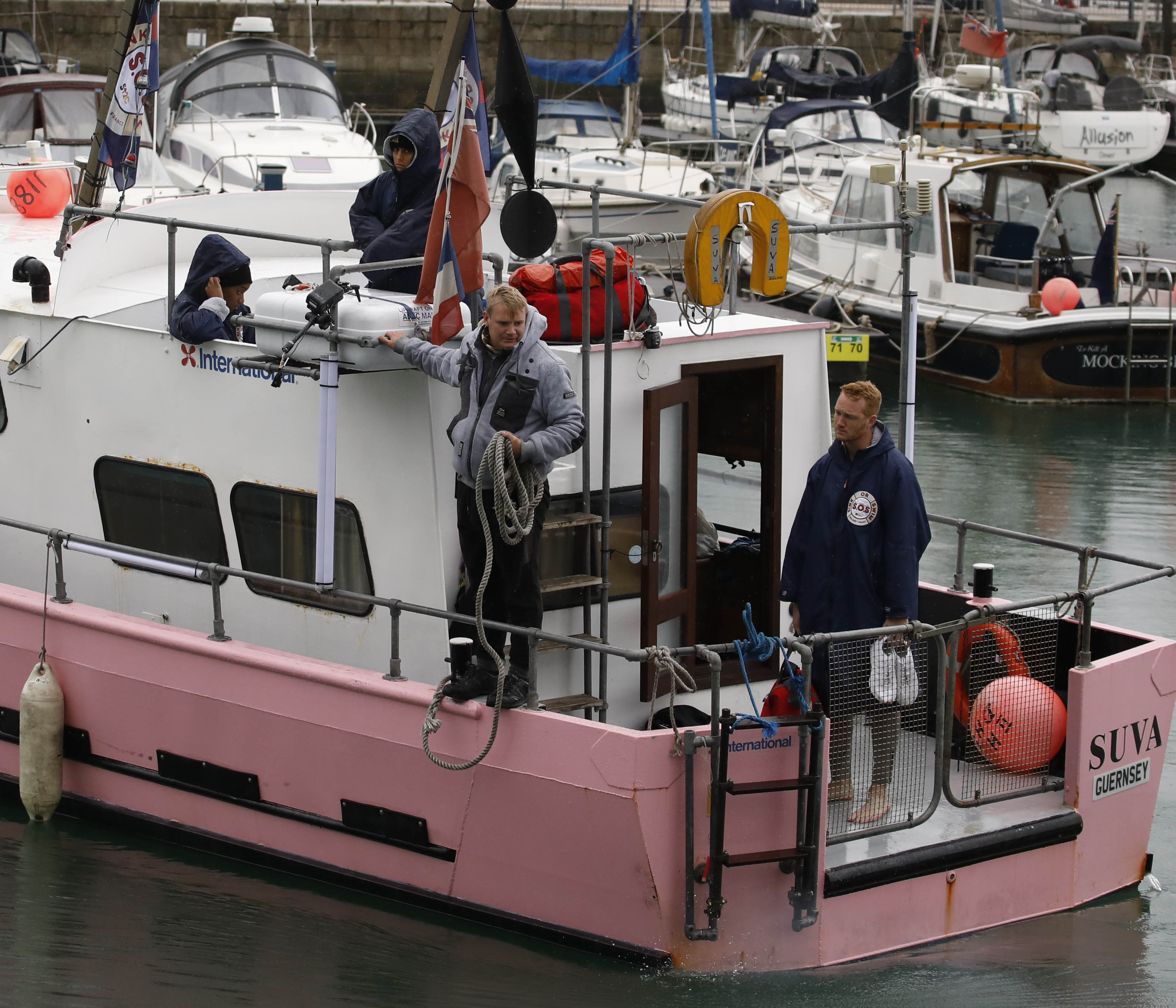 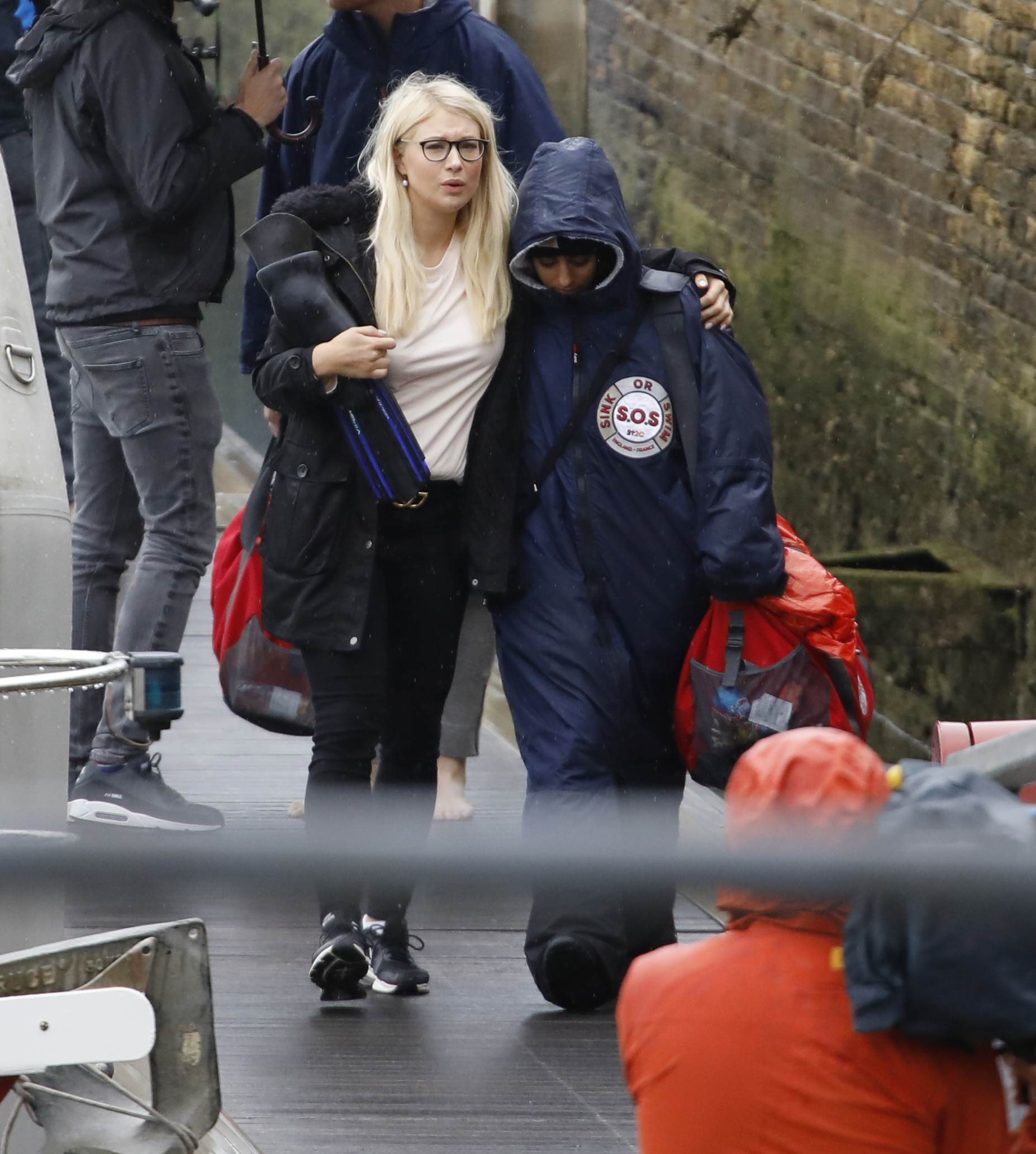 The stars were recording their experience swimming on the boat on Instagram. However, their feeds abruptly stop at around 3-4am.

The inexperienced swimmers took it in turns swimming hour-long shifts in a relay style to raise money for Stand Up To Cancer.

Speaking about Arg's efforts, she said: "He's good. I'm so proud of him, he called me at 5.30 this morning. They've swum the channel. I can't tell you what happened because the show is out next week.

"He swum last night at 10 o'clock for an hour and he swum again this morning. He's doing it for 12 weeks, he's done amazing. 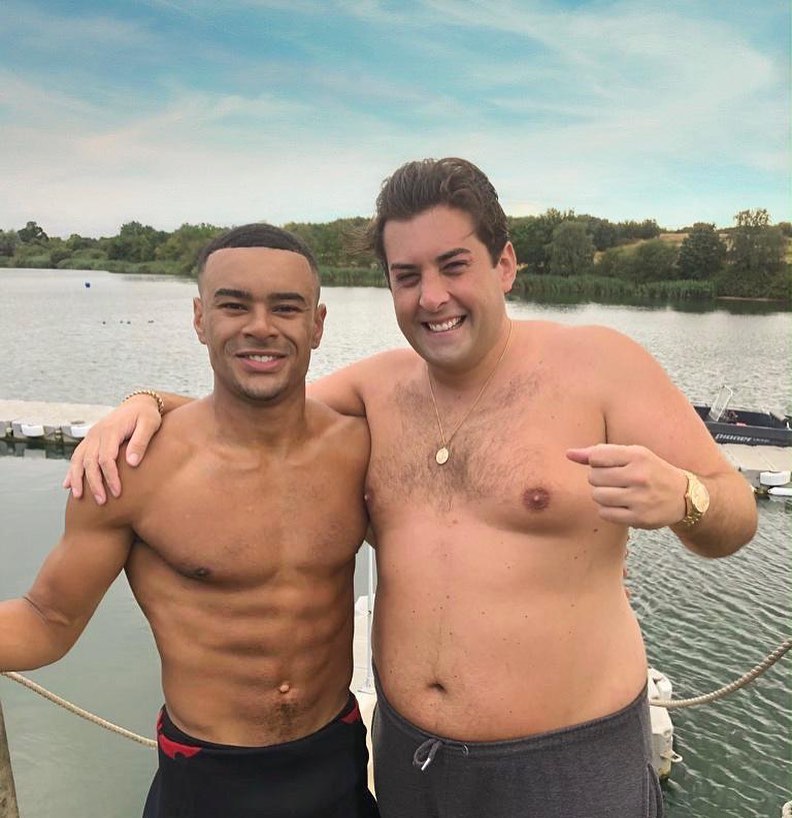 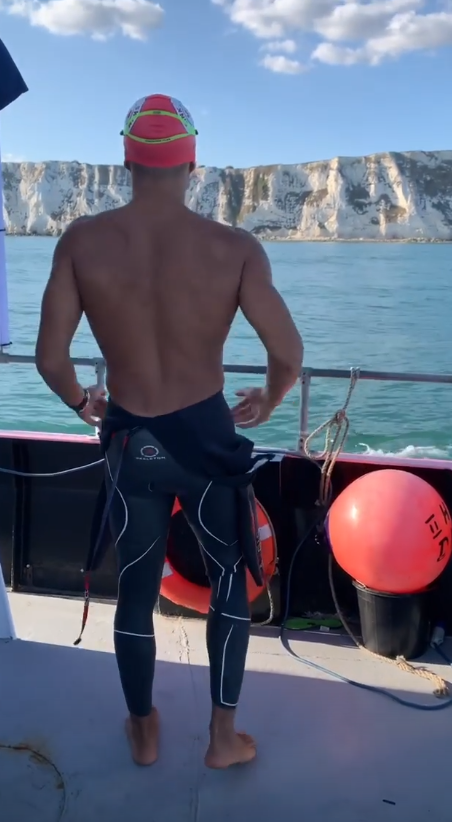 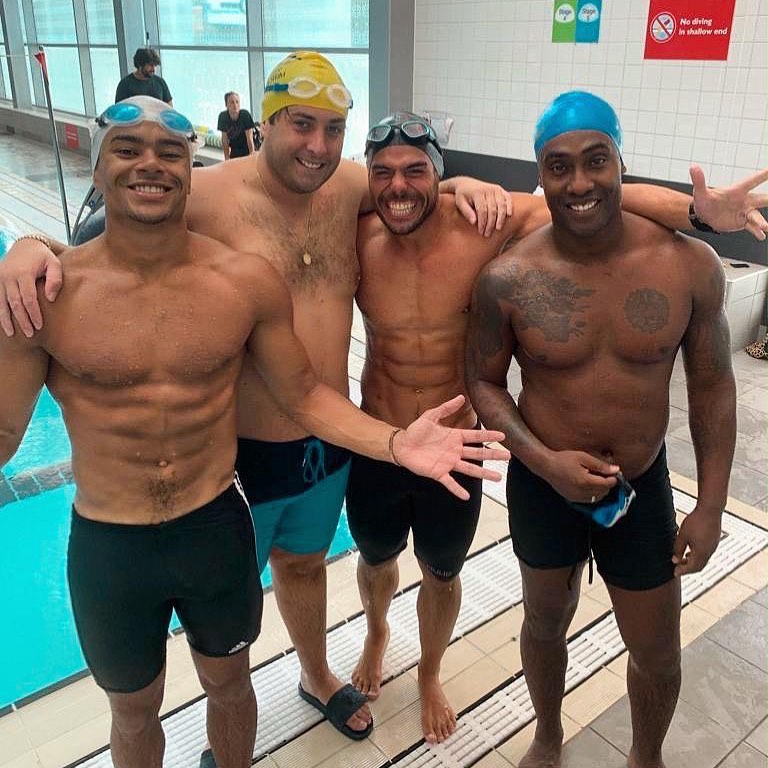 "I'm actually really proud of him."

In an appearance on the series documenting the lead up to the Channel crossing, Gemma revealed James had put on so much weight it was effecting their sex life.

Arg wanted to take part in the show to help him get control of his weight gain.

But Gemma, who he has been with since 2018, said: "I can notice the difference in you. I can get my arms around you now when I cuddle you in bed.

"And when you love someone it's not about their size or whatever, but we can't be as we used to be in the bedroom. We can't, no offence."