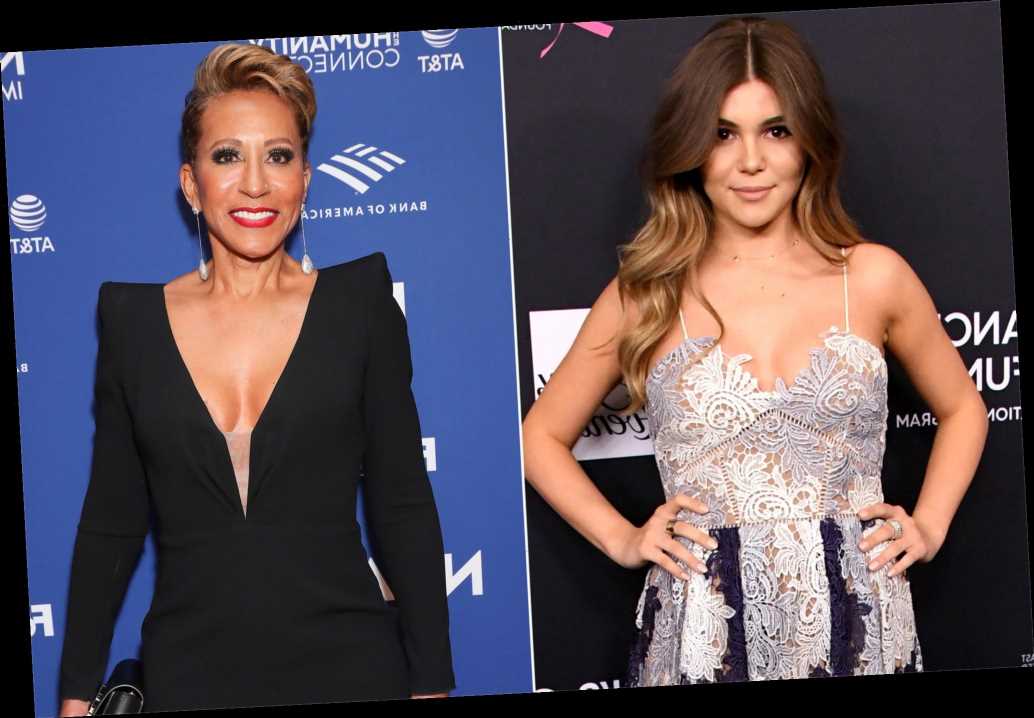 The Facebook Watch co-host appeared on the Keep It podcast and revealed she wasn't keen on interviewing the 21-year-old social media influencer about the college admissions scandal in which both of her parents, Lori Loughlin and Mossimo Giannulli, were arrested.

"It was frustrating, but at the end of the day, I felt like people understood how I felt," Banfield-Norris, 67, said.

Though Jada Pinkett Smith's mom felt Giannulli "handled the situation well," she said, "There were some things about it that were a little frustrating. I felt like as a 21-year-old young adult, that she needed to be way more aware of what’s going on in the world, and that was a little frustrating."

Banfield-Norris continued, "I heard people make comments, like, 'Well, kids don’t watch the news.' Please. The news on TV is not the only place where you understand what’s going on with the world and if you think that then you’re old! Because young people are not relying on the news — my generation is not relying on the news. I'm on my phone, on social media all the time."

Never miss a story — sign up for PEOPLE's free weekly newsletter to get the biggest news of the week delivered to your inbox every Friday.

Ultimately, Banfield-Norris thought Giannulli could benefit from expanding her world view. "There’s just a lot of education she needs to do for herself," she said. "But I understand that that’s the world they’re in. Her life experiences have not put her in the space where she needs to be concerned about those kinds of things, really. I dont really know how to address that because it is about how you’re raised and what you’re exposed to."

Giannulli appeared on Red Table Talk earlier this month and spoke to hosts Banfield-Norris, Pinkett Smith and Willow Smith about her white privilege and the aftermath of the arrests of her parents.

"I just found it really ironic that she chose three Black women to reach out to for her redemption story," Banfield-Norris admitted on the episode. "I feel like here we are, [a] white woman coming to Black women for support when we don't get the same from them."

She added, "Her being here is the epitome of white privilege to me."

During the episode, Banfield-Norris asked Giannulli, "Do you understand why different people in the community would be upset? Do you have any understanding of why I would be upset at your being here and what you all did and the harm that it caused?" "I would also love to hear it from you. I feel like it’s a good learning thing," Giannulli replied. "We had the means to do something and we completely took it and ran with it.  It really cannot be excused, on paper it’s bad."

Banfield-Norris went on to share that she felt "exhausted."

"I'm exhausted with everything we have to deal with as a community and I just don’t have the energy to put into the fact that you lost your endorsements or you’re not in school right now," she said. "Because at the end of the day, you’re going to be OK. Because your parents are going to go in and they’re going to do their 60 days and they’re going to pay their fine, and you guys are going to go on and be OK and you will live your life. And there’s so many of us that it’s not going to be that situation. It just makes it very difficult right now for me to care in this atmosphere that we’re in right now." Loughlin reported to prison on Oct. 30. She is serving a two-month sentence at FCI-Dublin in Northern California.

A legal source told PEOPLE at the time the former Full House star “hopes to be home by Christmas, but she’ll definitely be home by New Year’s.”

“She had everything in order, so she decided a couple of days ago to report to prison,” the source said. “She put this behind her as she goes into 2021.”

Her husband was booked into a federal prison in Lompoc, near Santa Barbara, California, on Nov. 15. He is serving a five-month sentence and will likely be released near the end of April.