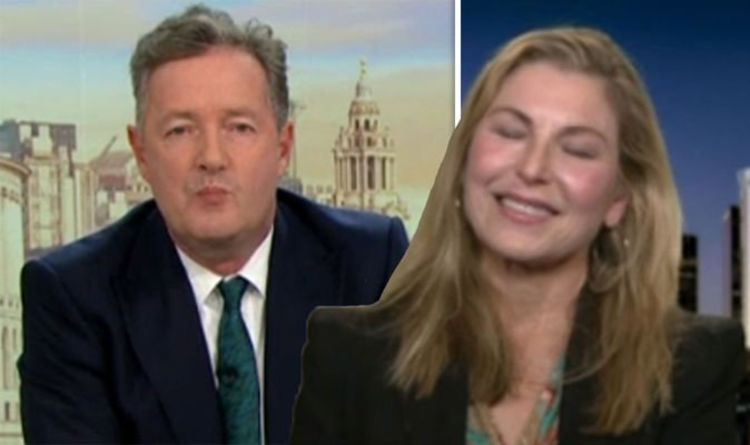 Reports surfaced over the last few months claiming that the group don’t really “get on” very well, and that was the reason for the Duke and Duchess of Sussex, Prince Harry and Meghan Markle’s decision to move out of Kensington Palace.

Rumours have continued to swirl about the family’s dynamic, despite notable public appearances showing the royals laughing and smiling together.

Kate and Meghan showed their support individually at the Wimbledon tennis championships this week, but the former was present with her husband at baby Archie Harrison Mountbatten-Windsor’s Christening.

Yet during a chat with American actress and star Tatum O’Neal on ITV show Good Morning Britain today, Piers Morgan claimed the situation is quite the opposite behind the scenes.

Speaking about the reports Meghan Markle put a ban on fans taking photos of her at the tennis tournament, Tatum shared her opinion on how different she thinks Kate handles the fame.

“She didn’t do that,” Piers noted first, and Tatum nodded emphatically.

“Exactly!” she exclaimed. “I think she gets it, I think Kate really gets it.

“She gets the lack of privacy and I hope that they’re not fighting, I hope not.”

At that, Piers couldn’t resist sharing some insider information and sadly burst the guest’s bubble over happy family unions.

“I hear bad rumblings I’ve got to say,” Piers continued. “Between the Sussexes and Cambridges.” 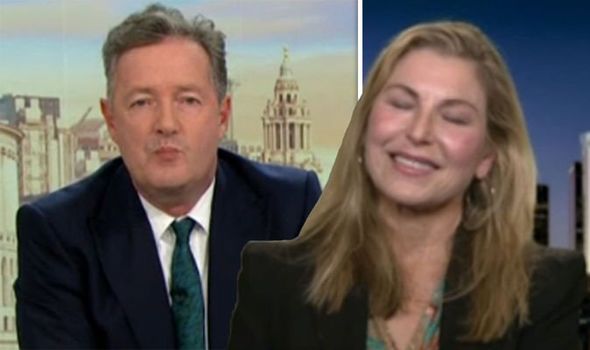 I hear bad rumblings I’ve got to say

“So do we here in America,” Tatum chimed in.

“I’m told from people who are in there that there’s a real problem, there is a problem,” Piers then insisted.

“Can you imagine though? It seems to me that they could not be nicer people,” Tate responded with a laugh. “Like how do you not get on with Kate and William, like how?”

“I think Meghan has certainly put a firecracker up the royals and I’m not sure that all of them like it very much,” the host said finally.

The ITV programme also featured an appearance from former BBC sports reporter Sally Jones today, who was the one who claimed she was told not to take pictures of the Duchess.

Explaining what happened, she told Piers and his co-host Susanna Reid: “I’m a great fan of the royals… Two days earlier the Duchess of Cambridge had also been watching, also from that court, no fuss.

“And that business of one moment you are told Meghan has gone into labour and a few minutes later you are told the baby was born a few hours ago.

“You almost feel the media and the public, who really love that couple, are really being taken for mugs,” Sally added.

Yesterday’s show saw a frustrated Piers tell the Duchess to “go back to America”, prompting immense backlash from fans.