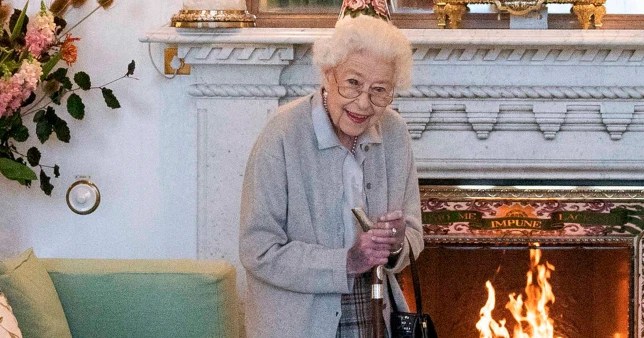 ITV has announced a series of changes to its regular broadcasting schedule after the death of Queen Elizabeth II.

Buckingham Palace confirmed today at around 6.30pm: ‘The Queen died peacefully at Balmoral this afternoon.

‘The King and The Queen Consort will remain at Balmoral this evening and will return to London tomorrow.’

This came after an announcement earlier today that doctors were concerned for her health.

A further update to its scheduling programming reads: ‘Following the sad news of the announcement of the death of Her Majesty Queen Elizabeth II, ITV has made the following changes to its schedule.’

Today, Thursday September 8, ITV is set to ‘broadcast continuous news coverage throughout the evening, celebrating Her Majesty The Queen’s life, looking back at her reign and her decades of service to the country.’

Her Majesty Queen Elizabeth II has died after 70 years on the throne, with her death announced by Buckingham Palace on September 8, 2022.

She died at the age of 96 surrounded by her family at her home in Balmoral, including her son and heir to the throne Charles, the Prince of Wales, and her grandsons, the Duke Of Cambridge, Prince William and the Duke of Sussex, Prince Harry.

There will also be a special ITV News at 10pm.

At 11pm, ITV will broadcast Queen Elizabeth II, which will follow an hour-long obituary programme narrated by Mary Nightingale looking at the life of the Queen with interviews with relatives and commentators.

Tomorrow, at 6am, Susanna Reid and Ben Shephard will lead Good Morning Britain, followed by an extended ITV News Special at 9am.

Presented by Jonathan Dimbleby, the programme will be an authored tribute to the Queen, charting her historic reign to the present day.

The feature length documentary will examine the Queen’s role throughout her reign, at home and abroad.

This will be followed by ITV’s News at 10pm.

Meanwhile, political editor Robert Peston joined the programme live from Downing Street where he described a ‘deep anxiety’ in Westminster.

The UK’s longest-serving and oldest ever monarch, Elizabeth became Queen in February 1952 and her coronation was 16 months later.

Her reign saw a period of significant change with 15 prime ministers serving under her.