Dr. Kirk Honda, a licensed family therapist and professor reacts to the hilarious therapy sessions in the iconic It’s Always Sunny in Philadelphia episode ‘The Gang Gets Analyzed.’ Dr. Honda runs a popular YouTube channel, Psychology in Seattle, where he analyzes moments in pop culture and reality T.V., as well as fictional scenarios depicted in T.V. and film. 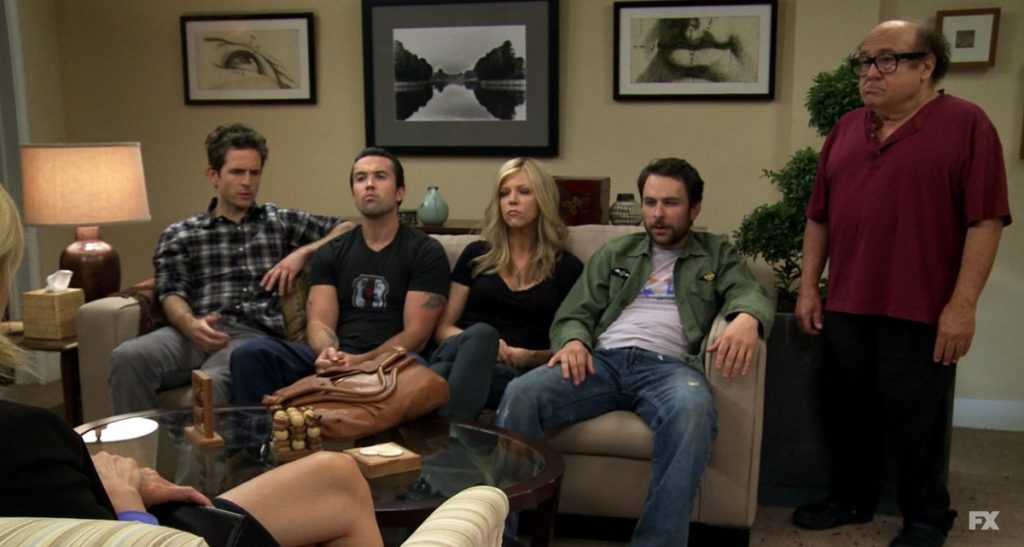 Dee’s therapist, portrayed by Kerri Kenney, has one-on-one therapy sessions between Dee Reynolds, Dennis Reynolds, Frank Reynolds, Charlie Kelly, and Mac. They want her to tell them who will do the dishes. Here are the licensed family therapist’s thoughts on the It’s Always Sunny in Philadelphia characters and their therapy sessions. 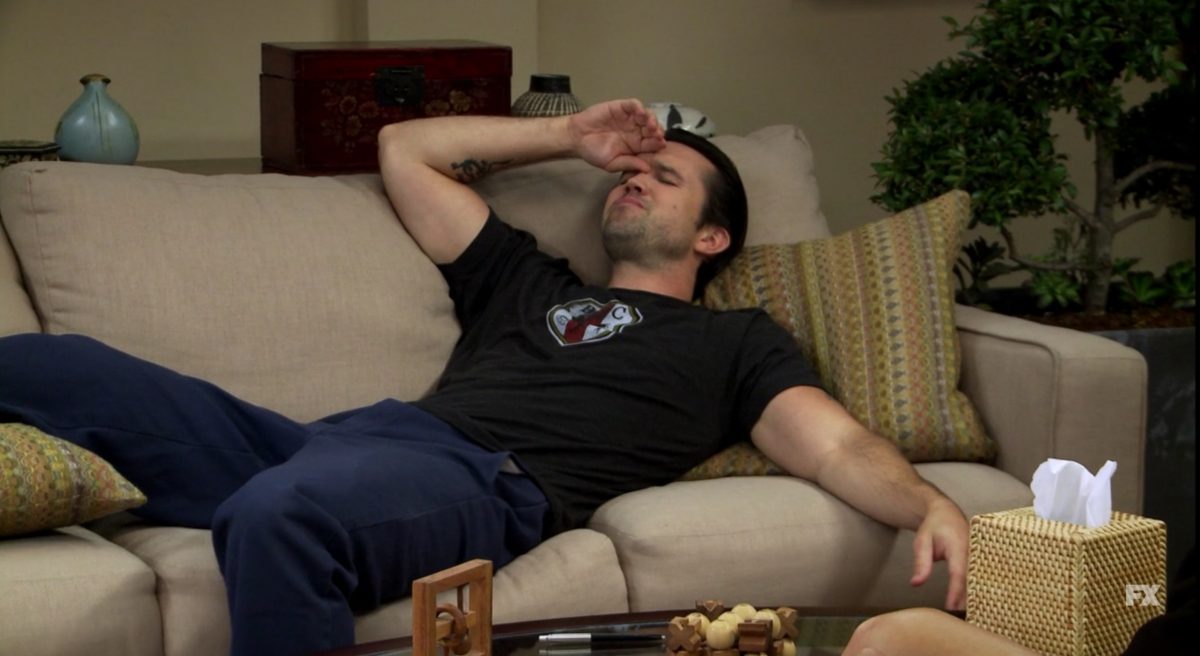 The therapist then says that the age Mac is exhibiting is that of “someone who is maybe 12 or 10” years old. He also agrees with the on-screen therapist about Mac’s “body dysmorphia,” having gained and lost a significant amount of weight. However, he definitely wouldn’t have mentioned it in the first session.

Right off the bat, in Charlie’s therapy session, he begins yelling at the therapist, “Fine, I’ll do the dishes! You’re just going to make me do them anyway!” Dr. Honda says, “This is what we call classic ‘transference.’” He says that occurs when the client transfers their feelings, experiences, and urges with their parents or any other significant relationship in their past onto the therapist. 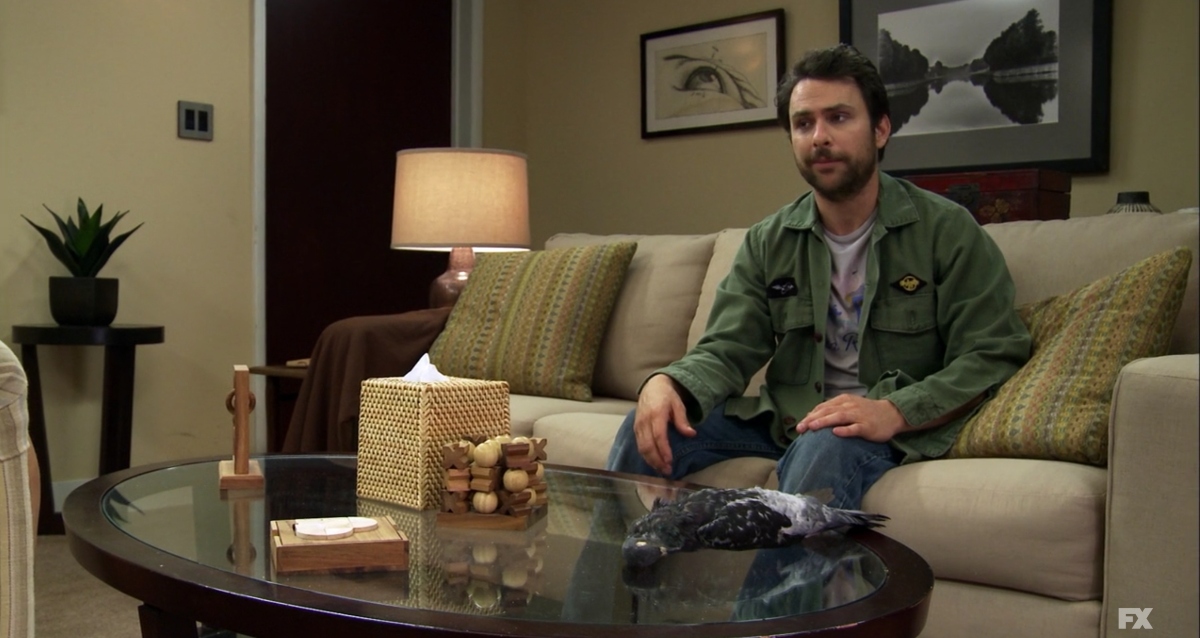 Dr. Honda believes that Charlie is calling himself “weird” to push people away on purpose to avoid rejection. When Charlie misunderstands the therapist’s advice, Dr. Honda says that this could be an example of “cognitive issues,” whether he’s easily distractable or has a low I.Q. due to his glue-huffing addiction.

When it’s Danny Devito’s character, Frank’s turn in the hot seat. He’s not interested in being psychoanalyzed and calls his mind “Fort Knox.” Immediately, Frank opens up about how after he opened up to a therapist, he was sent off to a “nitwit school” or an institution.

Dr. Honda says Frank recounting his time at the institution and his love who died may cause him to “re-traumatize” himself. Frank freaks out and says that the therapist has “unzipped” him, forcing him to relive his trauma.

Dr. Honda immediately recognizes Dennis’ “narcissism” when he asserts his dominance by acting as a peer with the therapist. He believes that Dennis is using this as a defense mechanism to hide the fact that he feels inferior. 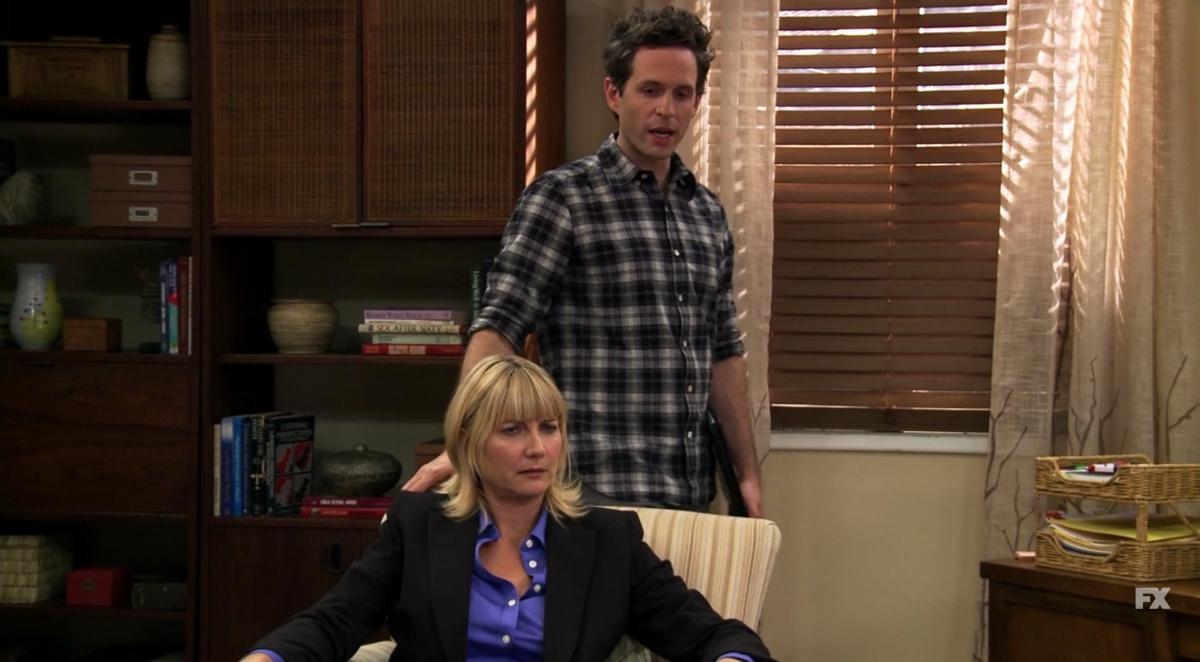 There’s a debate on whether or not Dennis is a psychopath or a sociopath, but his obsession with power makes Dr. Honda believes he could be on the “psychopathic spectrum.” His lack of empathy, the way he uses others for his gain, and his lack of remorse show his psychopathic tendencies.

In Dee’s therapy session, her therapist calls her out for lying about being “the first choice as the female lead in The Notebook.” Dr. Honda acknowledges that Dee lying about her career shows that she’s deeply insecure about her lack of success.

Dr. Honda thinks that what Dee really needs is reassurance. And Dee repeatedly telling the therapist, “Tell me that I’m good,” is a prime example.

While Dr.Honda acknowledges that It’s Always Sunny in Philadelphia is a comedy show to make people laugh, it also gives insight into the minds of these characters. Perhaps next, Dr. Honda can break down the psychology behind the “D.E.N.N.I.S. System.”