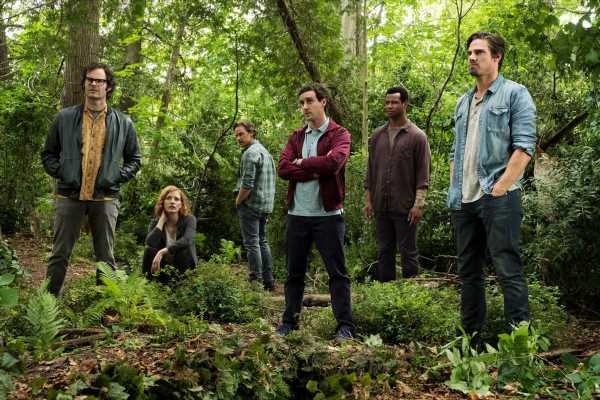 Audiences will see a whole lot of Pennywise the Clown in It: Chapter 2, the sequel to the 2017 horror sensation.

As returning director Andy Muschietti recently revealed, the conclusion to his saga, based on the novel by Stephen King, will run an epic 2 hours and 45 minutes — a full half an hour longer than the previous chapter. Avengers: Endgame, which was recently crowned the highest-grossing film of all time, famously clocks in at a runtime 3 hours and two minutes, for comparison’s sake.

Muschietti told Digital Spy and other press his movie actually ran much longer when first pieced together, and the final result moves swiftly despite its mammoth running time.

“At the beginning, when you’re writing and building the beats of the story, everything that you put in there seems very essential to the story,” he said. “However, when you have the movie finally edited and it’s 4 hours long, you realize that some of the events and some of the beats can be easily lifted but the essence of the story remains intact.

“You cannot deliver a 4-hour movie because people will start to feel uncomfortable — no matter what they see — but we ended up having a movie that is 2 hours and 45 minutes, and the pacing is very good.

“Nobody who’s seen the movie has had any complaint.”

For horror fans wanting to see the deleted footage, not to worry. Producer Barbara Muschietti teased a director’s cut is also in the works.

“We will put out a director’s cut because this time it definitely merits it,” she said, according to Digital Spy.

“We have some amazing scenes that didn’t make it into the movie. You have to make choices sometimes and some things cannot be in this theatrical release but are definitely worthy of people seeing them at a later date.”

As fans recall, King’s 1,000-page, 1986 novel has been split into two films — the first following the story of the kids in the Losers Club (as seen in the 2017 movie, dubbed “chapter one”) and the second featuring the parallel tale of their adult selves, who reunite 27 years later amid new Pennywise threats (“chapter two”).

It: Chapter 2 floats into theaters September 6.