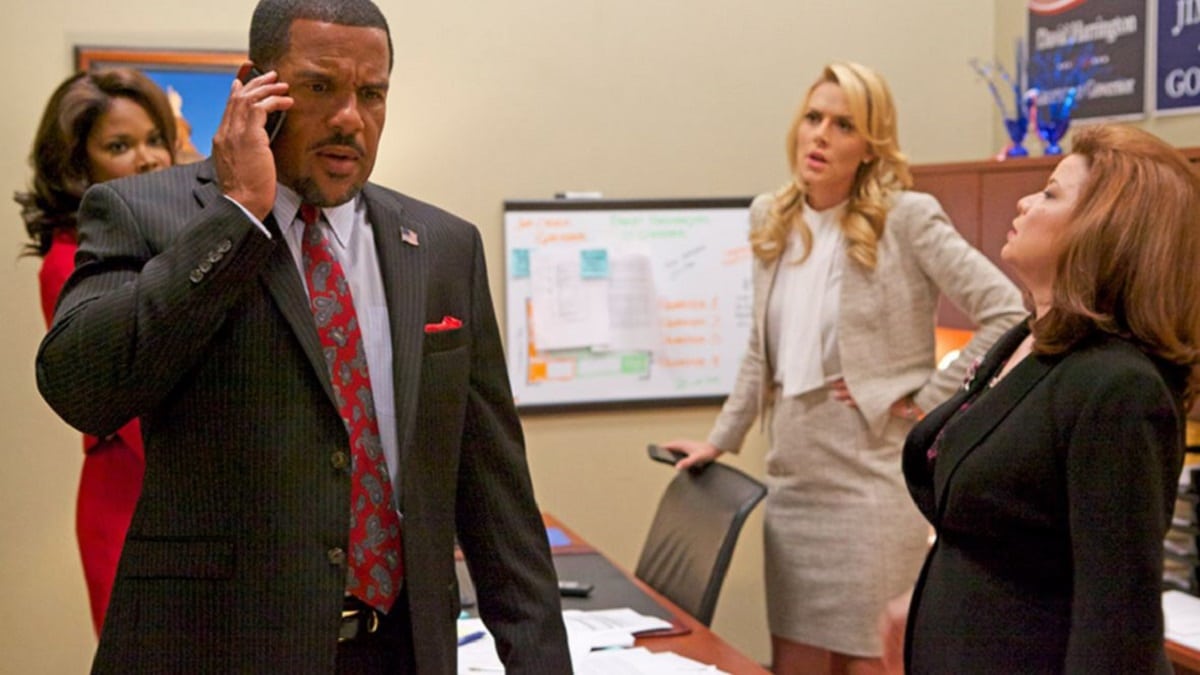 After the season finale of The Have and the Have Nots Season 6, titled Show Not Tell, aired on Oprah Winfrey Network (OWN) last night, fans want to know if the series will be coming back for season 7.

Although the show has been declining in ratings in recent seasons, it has been able to retain a loyal audience and it retains its position as the top-rated show on OWN, followed by Greenleaf (renewed) and Love Is (canceled).

While Season 6 of The Haves and the Haves Not averaged a 0.30 rating, Season 3 of Greenleaf averaged 0.27 in the 18-49 demographic. The fact that Greenleaf and If Loving You Is Wrong (0.20 rating) have been renewed, makes fans believe that OWN will also renew The Haves and The Have Nots for Season 7.

Meanwhile, series star Gavin Houston, who plays Jeffrey Harrington, revealed in a May interview published by MetroWeekly that The Haves and the Haves Nots Seasons 7 and 8  have already been filmed and that filming of Season 9 was set to start in June.

“In two weeks we’re going back for season 9. We’re like the NCIS of melodrama,” Houston told MetroWeekly. “It keeps going, and it’s still a hit on OWN, and it is such a blessing.”

However, OWN has not yet officially confirmed Tyler Perry’s crime drama/soap opera for Season 7.

The Have and the Have Nots, written and directed by Perry, follows the complexly intersecting lives of three families in Savanna, Georgia: the rich and powerful Cryer and Harrington families, and the poor Young family. Season 6 premiered on OWN on May 7, 2019.

We will update this post when OWN officially confirms The Haves and the Have Nots for Season 7.