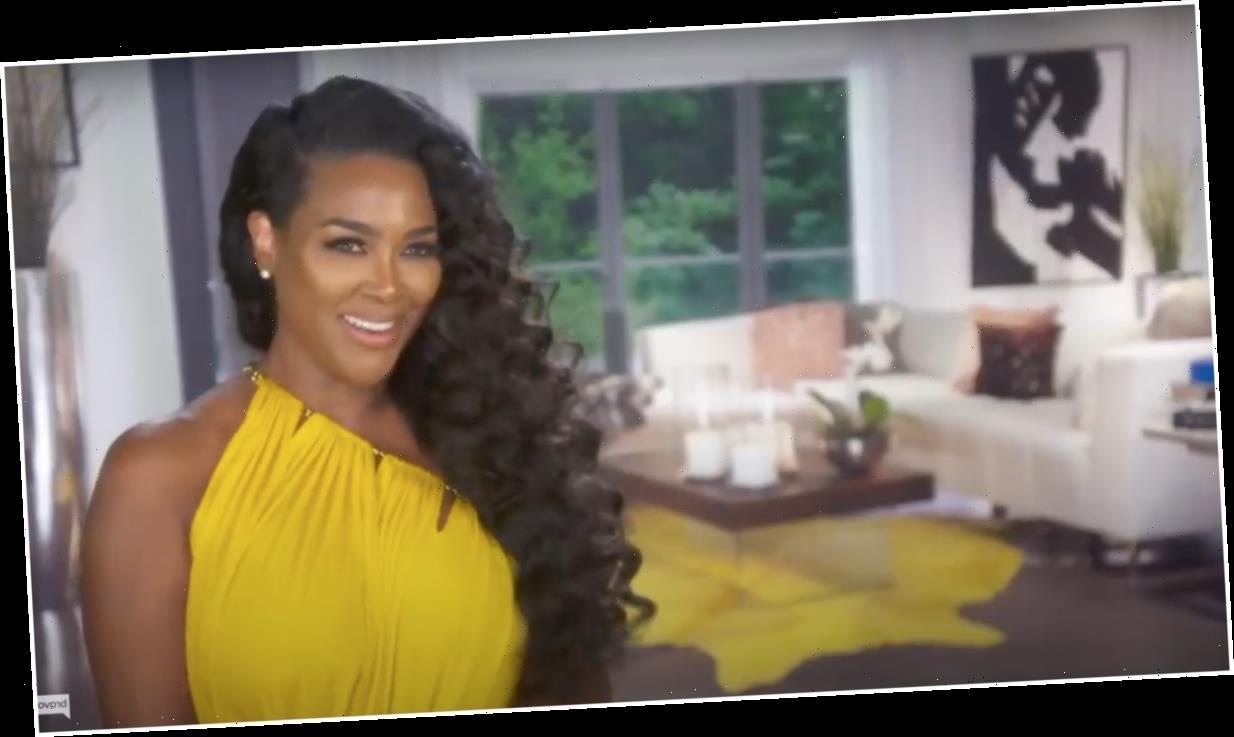 Real Housewives of Atlanta star Kenya Moore said she is ready for another baby with her estranged husband Marc Daly.

Kenya and Marc already have one daughter together, two-year-old Brooklyn Daly. Marc also has two children from a previous marriage.

The separated couple has been successful at co-parenting and the two recently celebrated Brooklyn’s second birthday party along with RHOA stars Kandi Burruss and Eva Marcille, according to Reality Tea.

Neither Marc or Kenya have said if they are officially back together, but the 49-year-old wants to have another child with her estranged husband despite the separation.

Kenya discussed her hopes of another child back in June with Us Weekly and said the two have considered having a second baby regardless of the outcome of their marriage.

“It’s scary for him too … because Brooklyn’s not his, ya know, only child, so for him, it’s like, ‘Well, how many children will I have, you know?” So, I think that is probably the biggest issue for him,” said Kenya, adding “It’s a sensitive subject.” 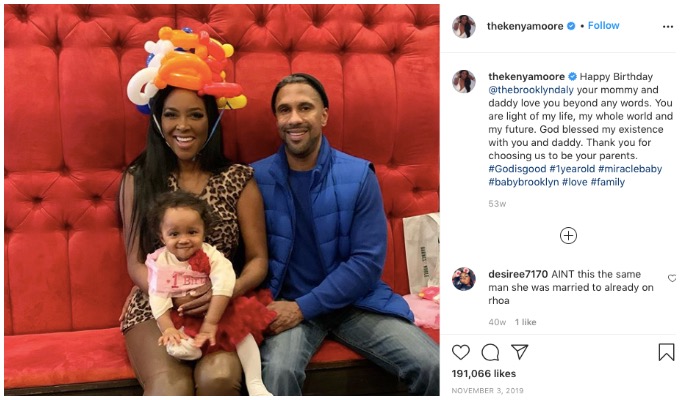 Are Kenya and Marc back together?

The RHOA star and her husband were also seen together last February when Kenya was in New York to film Watch What Happens Live with Andy Cohen.

Speculation arose that the splintered-pair may have reunited and Kenya addressed the situation on the show.

When Kenya was asked by a caller if she and Marc were back together, she said “Wow, I have spies everywhere. Um, you know, we’re in a good place now.”

The RHOA star also said that she and her husband shared a nice brunch together and were trying to work on their relationship.

A video was posted on an Atlanta Housewives fan account with a caption saying, “AWE! It’s good to see Marc & Kenya together having fun for Brooklyn’s birthday party! These love birds tho😍🥰❤️#RHOA Via @freddyoart ❤️.”

The couple announced their divorce in 2019

Kenya and Marc were married in June of 2017 and had their first child in November of 2018. Kenya briefly left the show to concentrate on her husband and child.

She later returned to the RHOA and her marital issues were exposed on the show. The couple separated after two years of marriage. Kenya made a statement regarding the divorce in September of 2019.

“Due to recent and ongoing circumstances, I can no longer continue in the marriage,” said Kenya. “My sole concern and focus is and will always be my daughter, Brooklyn, my miracle baby.”

Kenya added that her focus would be her child and requested privacy for the couple.

Footage of the Season 13 trailer for The Real Housewives of Atlanta showed Kenya discussing the couple’s relationship with an attorney.

The Real Housewives of Atlanta returns on Sunday, December 6 at 8/7c on Bravo.