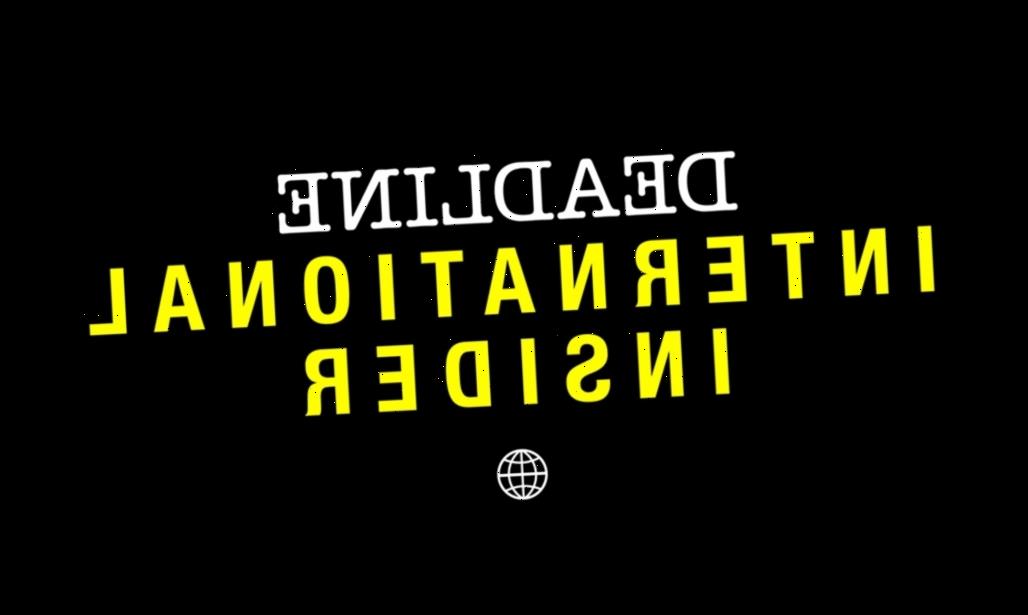 Hello, and welcome to International Insider. Jake Kanter with you in the saddle — here’s everything you need to know about the global film and TV business this week. If you want to subscribe to get this alert in a timely fashion, sign up here.

Rishi to the rescue: British chancellor Rishi Sunak (pictured) has made himself very popular in recent months by handing out billions of pounds to prop up the UK economy. He struck again this week, making it rain for both insurance-strapped producers and customer-less indie cinemas. The UK government wasn’t exactly quick with the recovery measures, but there is no doubting their generosity. And rightly so: without film and TV production, the UK economy would actually have been in recession for two of the past three years.

Devil in the detail: The £500M ($657M) insurance fund, dubbed the Film And TV Production Restart Scheme, was warmly welcomed by producers and freelancers desperate to get back to work. Pact CEO John McVay told us last week that it could unlock shoots worth £1BN. But there are conditions. The cash will only be available until June 2021, and will only cover up to 70% of a shoot’s budget in the event of a shutdown. There is also a £5M cap on cover per shoot and claims will need to be rigorously evidenced. Expect restarts to get revving.

As for cinemas: Independent theatres will get a £30M piece of the £1.6BN cultural sector rescue package pie announced by the government earlier this month. Administered by the BFI, cinemas will be able to apply for grants to corona-proof their venues, while there will also be cash handed out to ensure businesses survive. Will it be enough to put bums on seats? Well, ultimately, that might be out of cinemas’ control. Over to you, Mr Nolan.

Not so Broke now: Black Mirror creators Charlie Brooker and Annabel Jones only launched their production company Broke And Bones in February. Six months on, and the pair have secured a whopping investment from Netflix that could ultimately rise to $100M by 2025, as I revealed this week. It’s a landmark deal — and not just for their bank balances. Netflix has never invested in a UK producer before, and in doing so, laid down a significant marker about its commitment to the British industry.

Is Netflix now an acquirer? There have been rumors circulating for months about Netflix getting into the acquisitions game here in the UK, but the streamer has repeatedly denied that it is planning to open its wallet for these kinds of deals. The Broke And Bones investment would suggest otherwise. But Brooker and Jones are a uniquely gifted duo, and my instinct is that this is a fairly unique deal. Don’t expect a Netflix spending spree anytime soon.

What beckons for Broke And Bones: In the short-term, we hear that Netflix will unveil a new series from the brain of Brooker. It won’t be more Black Mirror, however, given the rights to the franchise still reside with Endemol Shine Group (now Banijay). We are also led to believe that more interactive shows, akin to the brilliantly innovative Bandersnatch, are in the offing, while you can also expect Broke And Bones to make comedy — both of a scripted and formatted variety. Big money will breed big expectations.

Like busses: Welsh says it’s pure coincidence that the two projects got announced within days of each other, but he acknowledges he’s got a lot on. Luckily for him, the lockdown has turbocharged his output. “It’s forced me to work. Writers are always looking for distractions. With the pubs and night clubs being shut, it means I can’t go out and DJ, which means I’m getting up early in the morning. I’ve got the work ethic back big time.” Interview here.

The big dropout: It’s been a very bad, not good week for Mipcom, the blockbuster TV market on the French riviera. Organizers are hell-bent on staging the Cannes event on October 12-14, but major exhibitors have other ideas as coronavirus still rages in Europe. At least six big studios (count them: A+E Networks, BBC Studios, Fremantle, eOne, ITV Studios, Sony) pulled out of the physical event in recent days, with many others still sitting on the fence (Banijay and All3Media are among those yet to commit). ITV Studios, meanwhile, added insult to injury for the Mipcom masterminds at Reed Midem, by launching its own virtual event for buyers.

What now: Well, after the slew of negative headlines, Reed Midem responded on Friday by announcing that the event will be significantly slimmed down. It will be a day shorter, and exhibition stands have been scrapped. Mipcom’s new name: Mipcom Rendezvous Cannes. Whether anyone will be around to rendezvous with, remains to be seen. Keep across our coverage here.

All dressed up with nowhere to go: The Bafta TV Awards will be staged tonight, the industry’s biggest gong-giving ceremony since the pandemic struck. Sky/HBO drama Chernobyl is the hot favorite to have a big night after dominating the Bafta TV Craft Awards earlier this month, but winners won’t be taking to a stage to collect their statues. No, all have pre-recorded speeches from their homes. It inspired photographer Rankin to set up a remote shoot, featuring actors in their finery — but in the confines of their own four walls. Above is Gentleman Jack star Suranne Jones in her shed. Deadline will have coverage from 7PM UK time.

Venice pulls back the blinds: The Venice Film Festival lineup announced this week and, as Nancy Tartaglione reports, it was light on studio titles, but was a much stronger year for female filmmakers than in the past. It will be the first major international film gathering since the coronavirus pandemic began. Director Alberto Barbera (pictured) poetically summed up the challenge of the past few months: “The winter of our dismay turned into a springtime of anxiety, and then slipped slowly into a summer marked by uncertainty and fear over a fraught future.” Full lineup here.

Here’s a hot one: Riz Ahmed and Octavia Spencer have been cast in Invasion, a sci-fi thriller pic from BAFTA-winning UK filmmaker Michael Pearce. Amazon is also on board. Tom Grater has the scoop.

Here’s another hot one: Universal Pictures, Insecure star and creator Issa Rae and Oscar winner Jordan Peele (Get Out) are teaming on Sinkhole. Andreas Wiseman has the story.

Sky’s the limits: Cameras are rolling again on Sky’s Ancient Rome series Domina, marking the broadcaster’s largest-scale production to get back underway to date. Sky has been particularly proactive on restarts, with other major dramas including Britannia and A Discovery Of Witches set to get going in the coming weeks. Domina story here.

Ramy hits the road: Fresh from clinching three Emmy nominations, Season 2 of the Golden Globe-winning Ramy finally lands in Europe next week, thanks to Starzplay. This must-see comedy follows Ramy Youssef on a spiritual journey in his politically-divided New Jersey neighborhood, with Oscar-winner Mahershala Ali tagging along for the ride in the second series. A Hulu original, Starzplay will launch the show on August 6 in the UK, Austria, Belgium, Germany, France, Italy, Luxembourg, the Netherlands, Spain and Switzerland.

A messy marvel: Reflecting on the Emmy noms this week, Youssef was clear on why he thinks the show is resonating with critics and viewers alike. “I think people are sick of seeing the same s**t, and they want to see something that feels like it’s talking to us. I like shows, I like characters that are ugly, and that are messy, and that look like me,” he told Deadline. Read the interview here.