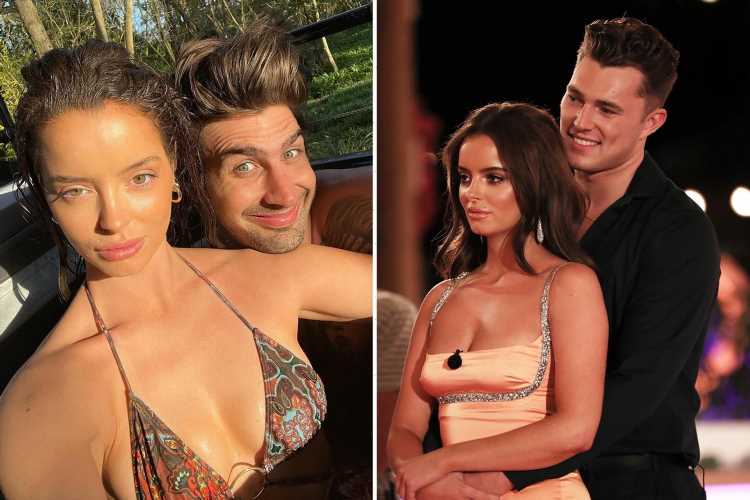 The reality TV favourite wiped all of their loved-up snaps from her feed – despite them being on the brink of moving in together. 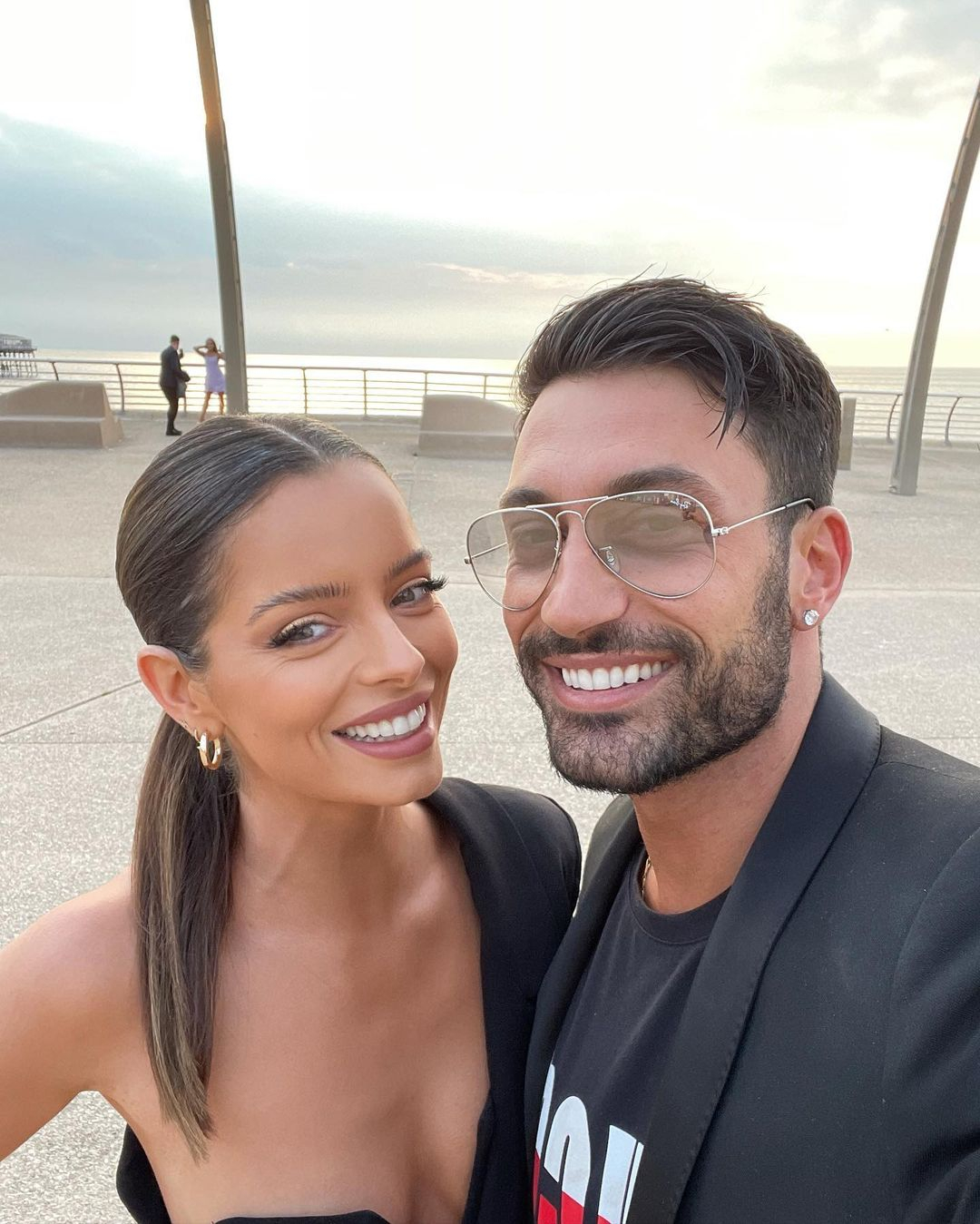 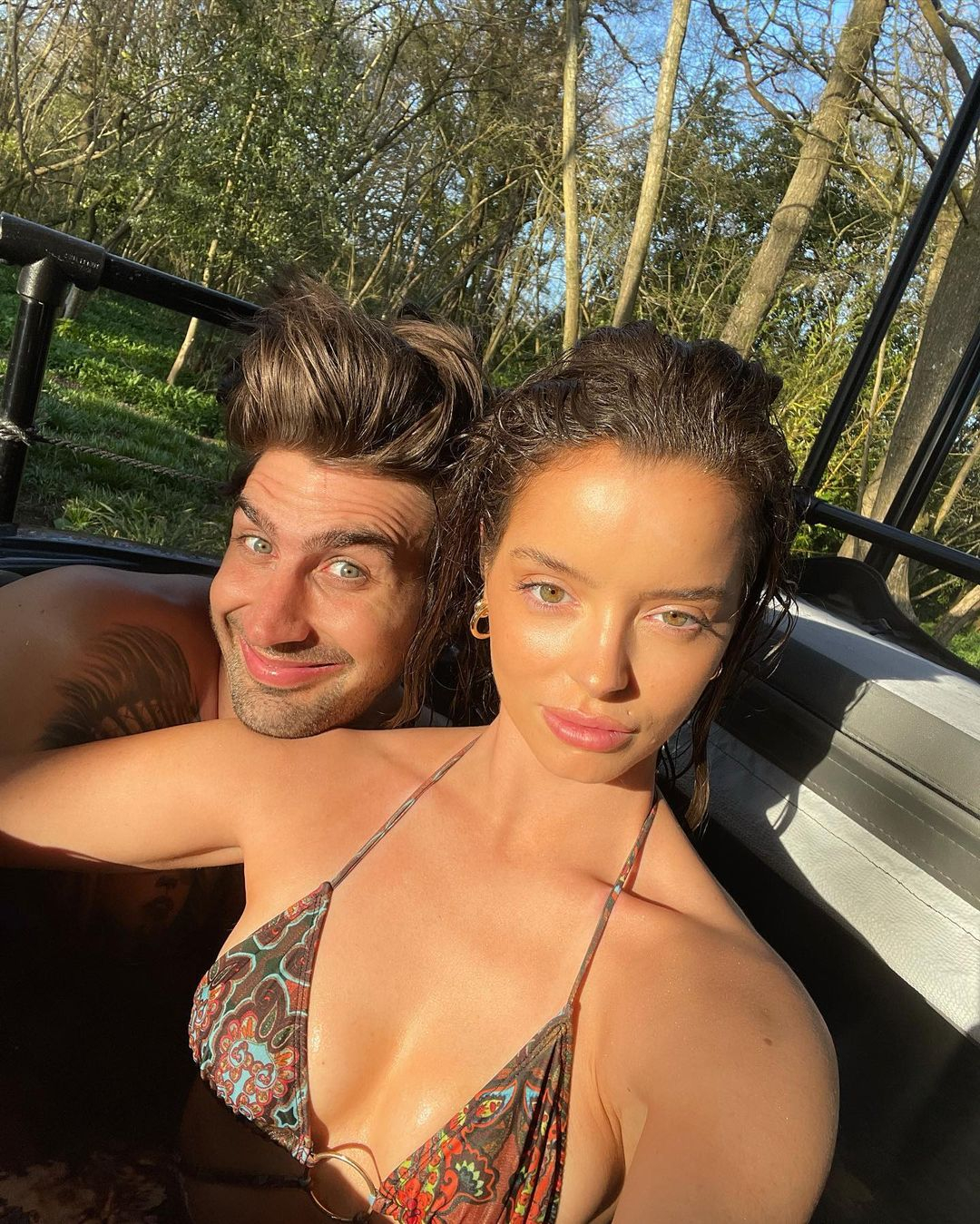 Maura, 30, had a number of romantic snaps with professional dancer Giovanni, 31, on her Instagram grid before they were deleted on Monday.

Looking very much in love, the pair had been snapped at luxurious restaurants and on staycation mini-breaks in the numerous photos.

The Sun even reported earlier this month that the duo had been looking for their very own love nest in order to take their relationship to the next level.

Giovanni has been busy working on Strictly Come Dancing alongside celebrity partner Rose Ayling-Ellis, who Mauara has publicly cheered on.

The couple – who got together earlier this year – had fans up in arms as they worried they had split up despite going from strength to stength.

Maura didn't leave a trace of her beau on her social media grid, deleting their sweet snaps where they were cuddled up together.

But split with Giovanni wouldn't be the first romance that the ITV2 star had waved goodbye to, having a number of famous exes already under her belt.

Maura confirmed her relationship with her fellow Love Island star Christopher Taylor with an intimate snap in November 2020.

The reality stars headed to Instagram to confirm the news with their millions of followers with a photo of them leaning in for a kiss.

Chris, 30, told his following he'd "fallen in love with his best mate" alongside the snap, which saw him wrap his arms around Maura.

"Turns out I fell in love with my best mate," he wrote alongisde a black heart emoji, while Maura posted the photo with the caption: "He's mine."

The pair had been friends since their time in the ITV2 villa – but fans had always speculated there was something more between them.

Speculation began to grow in May, but Maura had always denied any romance rumours until they were seen holidaying together in Dubai.

But after just a few months together, the couple called time on their relationship and announced they had split up.

Maura insisted that the pair would remain friends and that they still "loved, cared and respected each other deeply."

"It breaks my heart to even type this," she wrote to Instagram. "I wanted to let everyone know that myself and Chris have made the joint decision to end our relationship.

“There is no wrong doing on either side. We still love, care and respect each other deeply. From the minute we met each other we’ve been very close friends and that will never change.

“There is no regret. Life is about taking chances. We wanted to make this work but we have realised we work better being friends.

“Whilst I appreciate people may speculate or create false stories, this is the truth. I wish Chris nothing but the best and I will always be one of his biggest supporters.”

Maura and Curtis struck up their romance while inside the Love Island villaand finished in fourth place in the 2019 series of the show.

Their romance began while Curtis, 25, was still paired up with Amy Hart, while Maura was vying for the attentions of Tommy Fury.

Curits and Maura enjoyed an eight-month relationship outside the villa before calling it quits on their social media.

Maura wrote to her fans at the time: "Curtis and I have made the decision to separate. We enjoyed a great experience from our time in the villa and want to thank everyone for supporting our relationship.

"There is no easy way to get through a break-up and no bad feeling on either side. We tried to make it work but it wasn't to be and I wish Curtis nothing but the best for the future."

Maura called their relationship "strange" months after it ended after she admitted they hardly had time to see each other in person.

She said: "At the beginning it was very, very hard because I was so besotted with him, and we never got to see each other.

"When we did, it was really nice because you got the time to miss somebody. But sometimes it would be two weeks."

In the time between her romances with Chris and Curtis, Maura was spotted out on a date with a third Love Islander.

She and Michael Griffiths went out for a dinner for two in Essex, but it appears that nothing came of their night out together.

Before entering the Love Island villa, Maura was in a nine-year relationship with her car salesman ex James Finnegan, who set mat at school.

The pair were engaged in 2012 – but it wasn't meant to be and their romance fizzled out four years later before her TV appearance.

A source said: "She stayed with James as she got bigger and better at modelling and she did try to make it work.

"James was her first love and her anchor for a while but their relationship was bound to suffer as she travelled more and followed her dreams.

"He didn't want to split and was left drowning his sorrows. It will break his heart seeing her on Love Island, they'd been together since school. But they are good people and will always be on good terms." 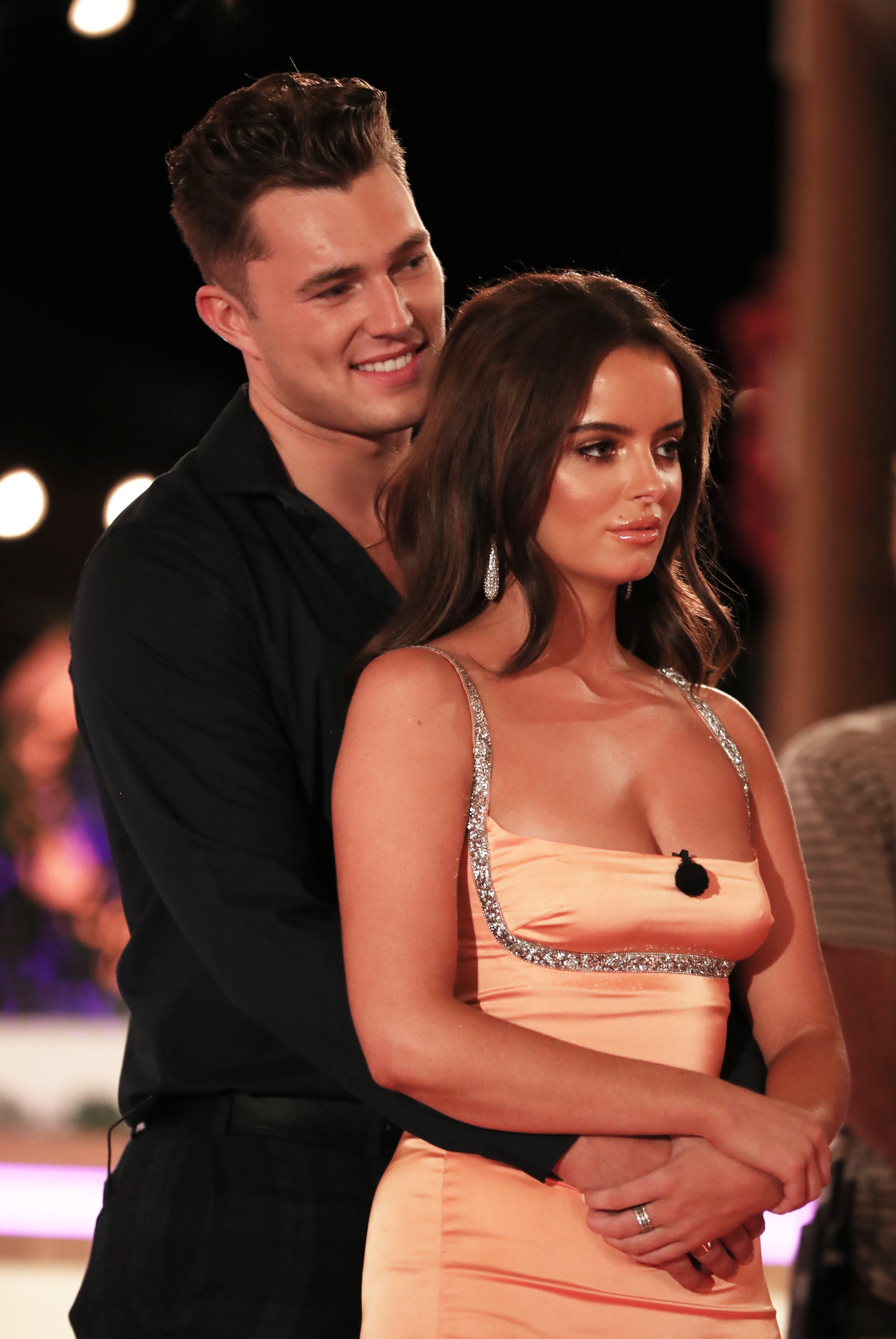 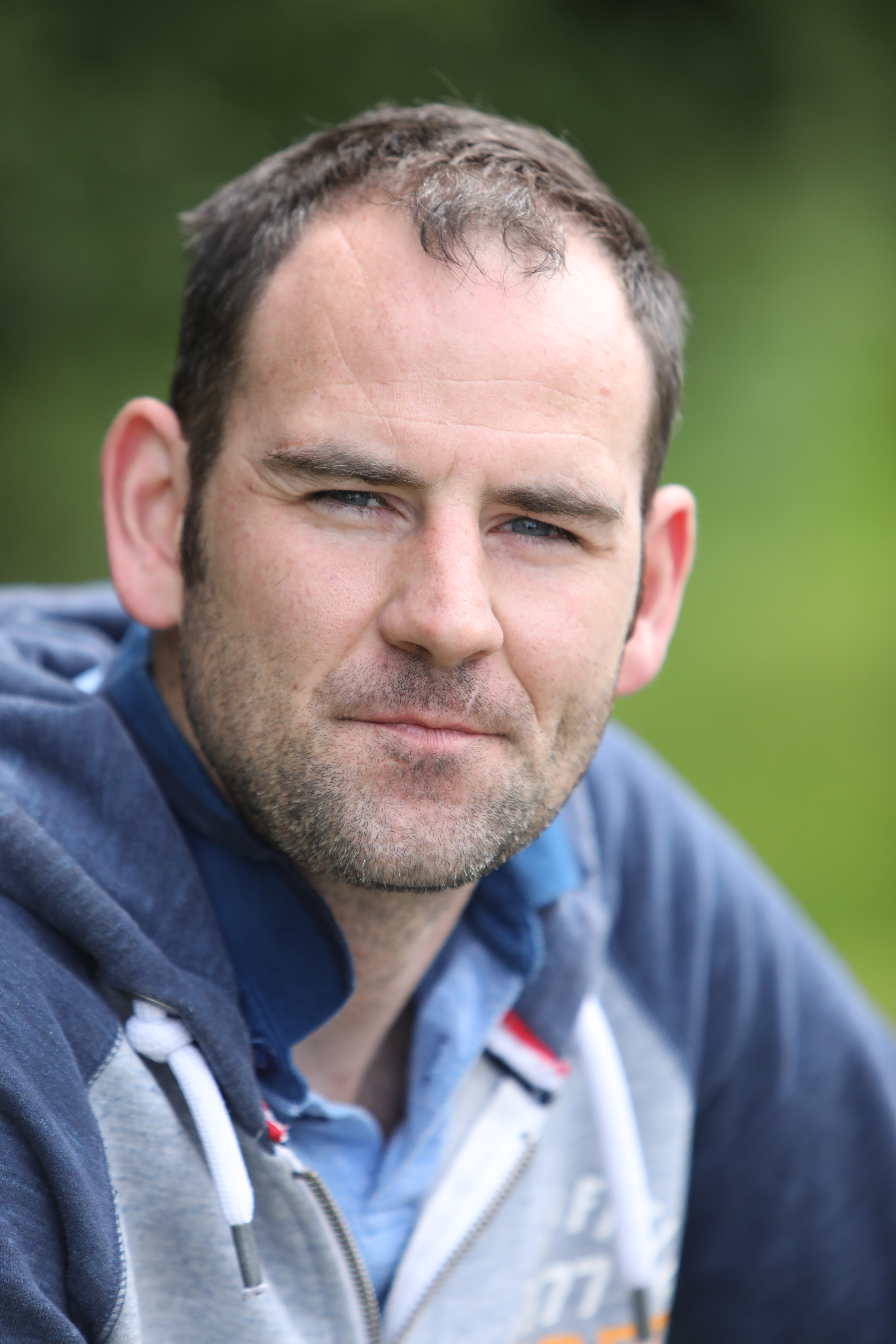 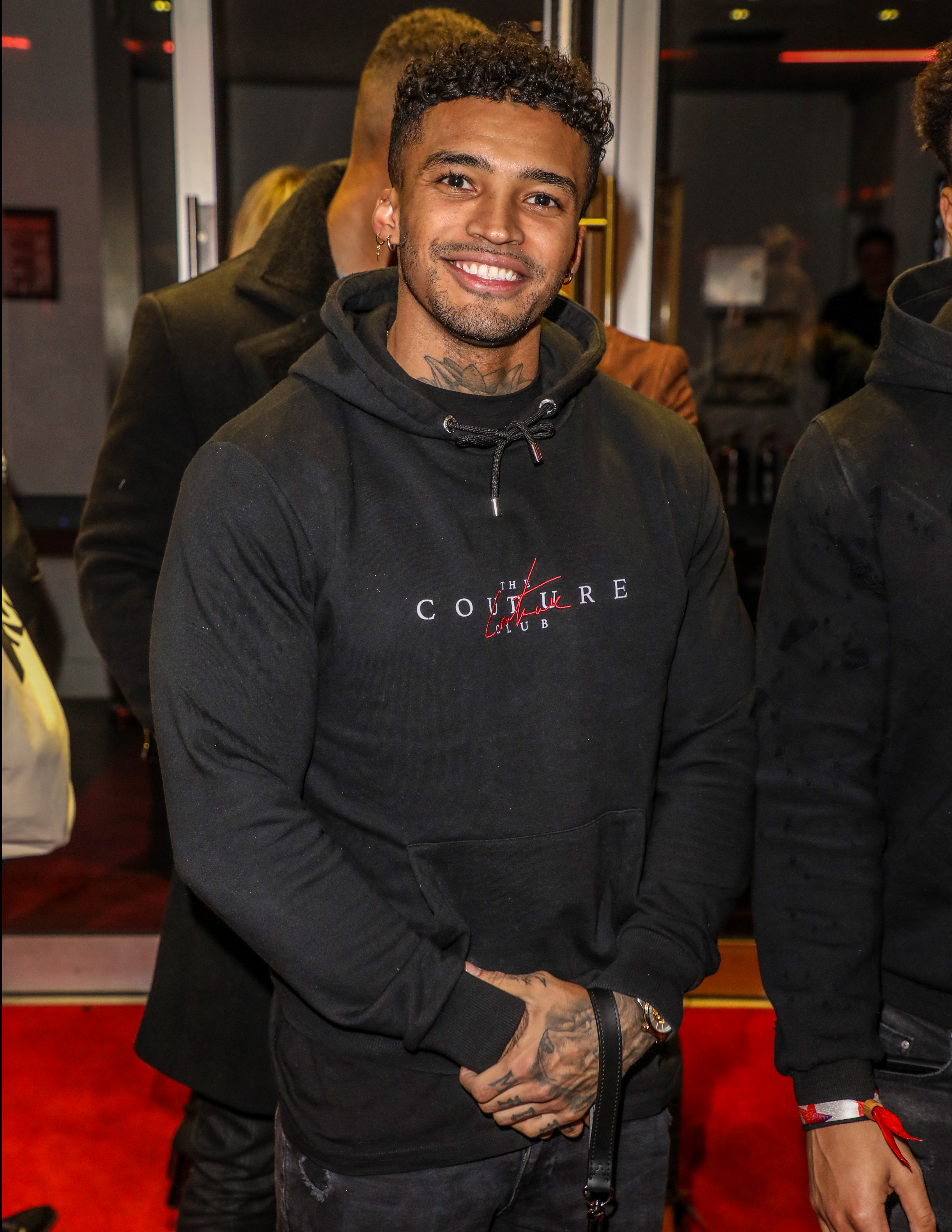