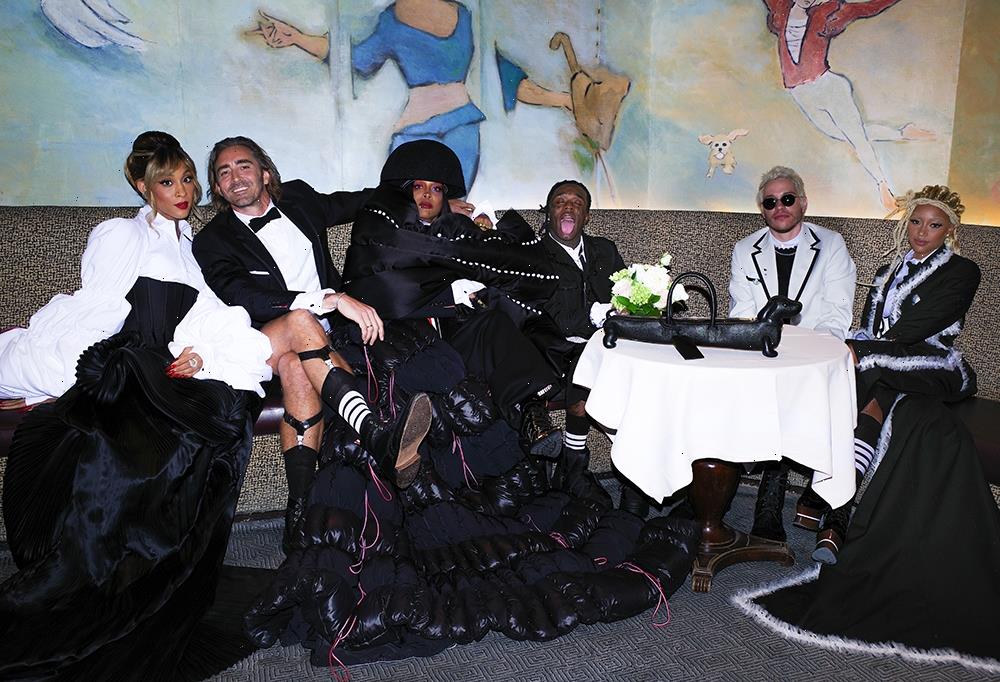 The annual Met Gala may be the pinnacle of east coast entertaining, but make no mistake, Hollywood shows up in full force.

That’s certainly the case this year for the guests of Thom Browne, the American classic gentleman designer who ushered in bare-ankle suiting and continues to up his game in streetwear.

Variety has an exclusive look at the group all rocking Thom Browne just ahead of their debut on the iconic, red-carpeted steps of the Met. For Monday’s big in-person return, largely considered “the Oscars of fashion” and also a fundraiser for the museum’s prestigious Costume Institute, Browne invited the smattering of top creatives as they represent his idea of authentic American style.

“Everyone is almost like family. They’ve worn me in the past, seen my collections, and I’m very familiar with what they do. There’s a mutual respect, for me that’s where it starts,” Browne told Variety. “What you see at my table is very representative of American fashion and how it’s viewed around the world.”

Browne’s partner is Costume Institute curator Andrew Bolton, the subject of the beloved 2016 Met Gala documentary “The First Monday in May.” Browne says his guests are aligned with the larger theme of the exhibit, which proves the American aesthetic is diverse, bold and “a good mix of people who are so true to themselves.”

Browne presented his Spring 2022 ready-to-wear collection on Saturday in New York City, which observed the 20th anniversary of the 9/11 attacks, but also saw hope in the return to public events.

“We’re still in the throes of it, but it’s nice to get back to how we used to do things,” Browne said.

For several recent collections, Browne has been promoting his work through short film in collaborations with stars like “Minari” breakout Alan S. Kim and performance artist Moses Sumney. We asked if he’ll ever go the Tom Ford route and cross over into Hollywood filmmaking.

“My day job is keeping me very busy. The last year and a half I’ve been showing the collections through film. I love telling stories and that was a small way of diving into it a bit, but I’d love to tell a story via film some day,” he said.

Check out all the Met Gala 2021 red carpet arrivals here.