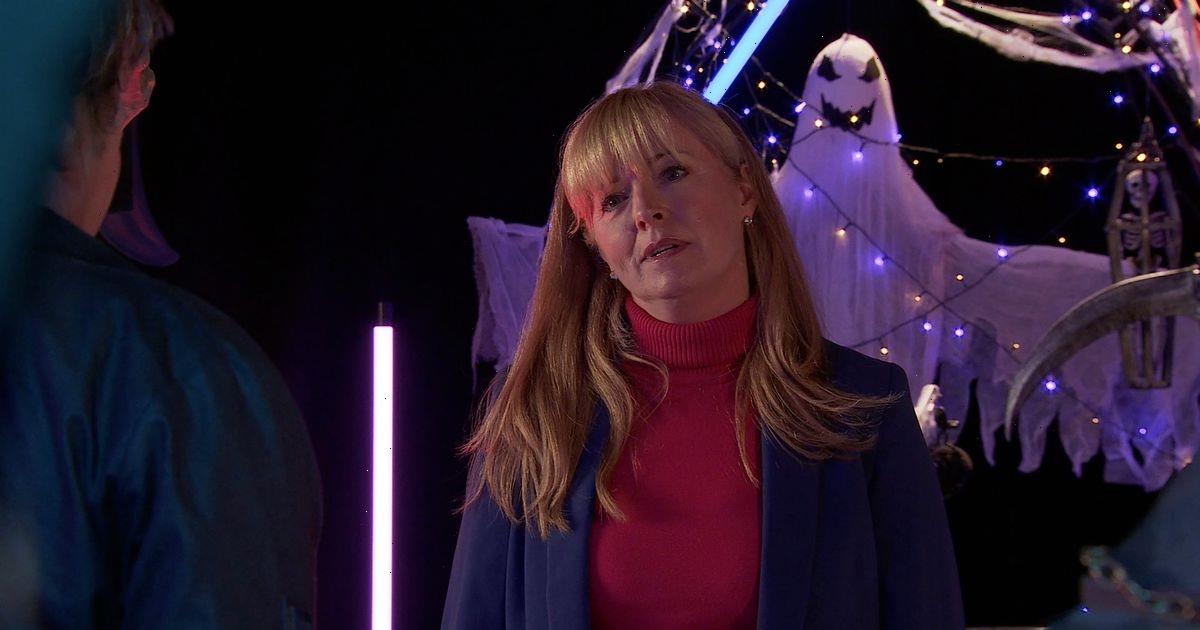 However, despite the show’s success and her character’s popularity, Sally Ann made the decision to quit in 1993.

Among her issues were balancing the tightrope of intense, household name-level fame with being a “normal teenager”.

School was a struggle, she said, as she couldn’t fit in, she was no longer an “ordinary” pupil, rather, a famous actress in the making.

Also, after being called a “little pudding” by a well-known TV critic at the time – when critics were sometimes more famous than the actual actors – she developed an eating disorder. She told the Daily Mirror previously: “For me, that was then eight months of active bulimia and then recovery.”

Sally Ann, who is now married to lawyer Nick Rhodes, also said that it was impossible to date back then as she was too scared that any shenanigans would end up in the papers.

She said: "I never even went to a nightclub and snogged somebody because I thought they might sell a story." Since Sally Ann’s character Jenny was not entirely likeable, a lot of her peers assumed she was the same way.

She recalled: “Also, everybody felt they knew you, and because you played a certain character that you were like that. That was hard.”

Fast-forward seven years to 1993 and the ambitious actress decided to cut her losses and leave the show in order to “gain respect” and prove to the world that she was not “just a soap actress”, rather, a serious thespian. Sally Ann said: "I thought I would go and do lots of regional theatre to earn my stripes and gain respect as a result. I didn't do panto and I turned down the offer of doing a record.

"I am not interested in being famous – I wanted to be 70 and still acting and I thought if I did all that, I wouldn't have a chance."

Roles in other British dramas followed, including The Bill, Doctors and Waterloo Road but Sally Ann decided to forge a massive Corrie comeback in 2015, with Jenny starting a relationship with Kevin Webster before trying to kidnap his son Jack. Explaining her decision to return, the mum-of-two said: "I thought, 'I am never going to get away from it. People still recognise me from it, I am dead proud to have been in it, so I should embrace it.'

“And that is when I started thinking about it differently."

Another big bombshell in Sally Ann’s life was actually learning she is related to one of her co-stars.

During a special DNA secrets episode in 2018, it came out that she was the cousin of… soap legend Amanda Barrie, who played Alma Baldwin. They were in the show together for four years and are close pals. She had no idea they were related but both share the same cheeky sense of humour and love of dancing.

Sally Ann told Radio Times: “The joy when I saw it was Amanda was overwhelming and I thought, ‘well, of course it is, that all makes sense now.’

"We rarely had scenes together but, because of the way we worked back then, we were all in the rehearsal room together and knew everyone really well. I think we share a naughty, slightly bonkers streak." Another unknown about Sally is her hidden talent for singing – as fans were amazed by her incredible voice last December.

She showcased her fantastic voice as Jenny cleaned a bar table in the Rovers while singing I Will Remember You by Sarah McLachlan.

Back to the now, Sally Ann has teased about Corrie: "Rita has convinced her that everybody needs a second chance saying, 'Jenny you had one and so did you Gemma,' and Jenny's gone along with that and then she bumps into Sharon outside the prison and then that's that.

"And Jenny turns into Weatherfield's answer to Angela Lansbury pulling pints and that's the opening titles instead of a typewriter, on the trail.

"Like Jenny from Gogglebox with notes about what Sharon's done."