Following the pandemic surge in paid subscribers for streaming services, media entrepreneur Byron Allen believes the time is right for Local Now, a streaming service that mixes “super-hyper-local” news with premium content — and offers it for free.

When Allen calls Local Now’s news content “super-hyper-local,” he really means it — weather, sports, traffic and other real-time information is delivered “geo-fenced” to the viewer’s individual zip code, or the one available that is closest to it.

Allen said Local Now is essentially re-creating the experience of traditional network TV viewing and re-inventing it for a streaming generation.

“What we did here is took the way you grew up watching television — you got local news, weather, sports, traffic and premium content for free — we have now put it on the streaming platforms,” Allen said.

Although some streaming services and TV news channels provide 24-hour news coverage, Allen said they often focus on national news. “You want to hear about COVID-19 in your zip code,” he said.

Allen said the hunger for news accessible via Local Now became apparent during the beta phase testing of the service, which overlapped with the Jan. 6 attack on the U.S. Capitol. “Our traffic went through the roof; it went straight up like a rocket,” Allen said, adding that 90% of Local Now users were streaming the Capitol invasions on the home TV screens. 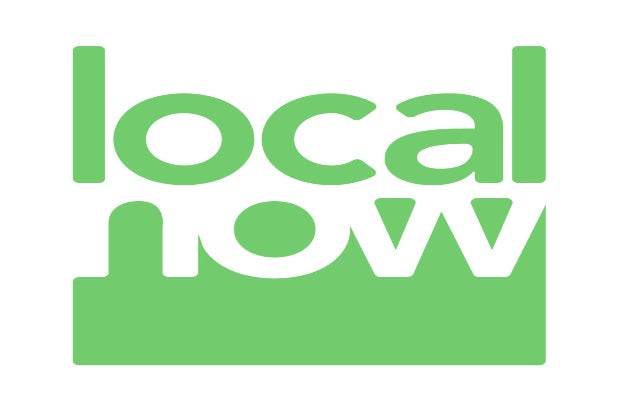 Allen is noted for bold moves in the media sphere. In March 2018, it was announced he had purchased The Weather Channel basic cable TV network for a reported $300 million.

In mid-June, Allen settled a five-year legal battle with Comcast Corp. that went all the way to the Supreme Court. Allen had sued Comcast for $2o billion on the grounds that the conglomerate had refused to offer his TV channels its cable bundles because Allen is Black. While the high court shot down his argument and Comcast consistently denied the charges, the settlement allowed Allen to gain carriage for three of his cable channels — Comedy.TV, Recipe.TV and JusticeCentral.TV — on Comcast’s Xfinity cable television packages. Comcast also agreed to extend the distribution deal for the Weather Channel and 14 Allen-owned broadcast stations.

“We believe it’s still the third inning of the content game, playing out with localized content more important for the average consumer,” Ives said. “The pandemic has changed and accelerated the streaming revolution. We believe there is a gap around localized content with this service laser focused on this market opportunity.”

Local Now’s app interface allows for the creation of a “My Stream” channel for every user, with the zip-code-tailored news content as well as a channel guide with access to a free library of 7500+ titles via individual themed channels, as well as being available on demand via the Movies and TV Shows sections.

Allen called Local Now’s direct-to-consumer (DTC) content perfect for attracting advertisers as well as viewers. “The consumer tells you every day, in real time, what’s important to them,” he said. “The system is built to give the consumer what they want, and adjust in real time to deliver what they are looking for. People are providing the engagement, and engagement is providing the ad dollars.”