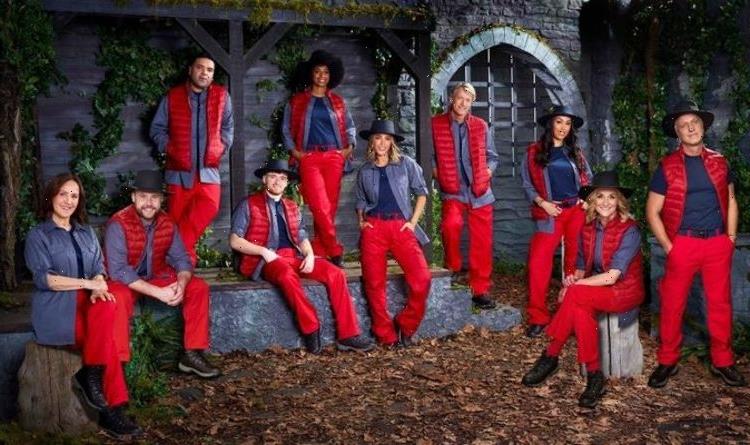 I’m A Celebrity… Get Me Out of Here 2021 is well underway, with the fifth episode airing tonight on ITV. It’s already taking its toll for some of the stars, with Richard Madeley leaving following an overnight trip to the hospital. However, there are extra rules the group needs to follow, many of which fans may not be aware of.

What are the rules celebrities need to follow in Gwyrch Castle?

Over the course of almost two decades, fans have been trying to guess exactly what happens behind the scenes of the series.

Each year a group of unwitting celebs heads into the jungle, or castle, prepared to face their fears and battle for the best grub.

Airing each night over a three-week period, viewers get to see their favourite stars like never before as they battle against one another and the elements.

While it will never be known exactly what happens when the cameras aren’t rolling, there are some rules that the celebs must follow while residing in Gwyrch Castle.

What can they take into camp?

When the stars first enter the camp, they step inside the castle with a limited set of supplies.

This is because they are not allowed to bring many personal belongings with them.

On top of this, they are supplied with the iconic uniform, the only clothes they are allowed to wear, yet they are given the freedom to customise their outfits.

Of course, they can bring with them one luxury item, with most celebs opting for a chair, pillow or photograph.

When it comes to cigarettes, it’s reported stars are allowed to smoke but off-camera.

Speaking to the Mirror, an insider said: “They are allowed some cigarettes… there’s a pretty good supply.”

Are they given and extra food?

This is a subject that viewers debate the most, with the topic of food inevitably brought up in every episode.

Hunger struck the team early this year, with those caught inside the Clink complaining about the lack of food in just the second episode.

However, no extra food is provided for the stars, making the trials all the more desperate as they frantically fight over scraps.

While food supplies are low for the teams, production ensures the safety of everyone involved at all times.

Are they given extra shelter from bad weather?

Once again viewers have noticed how the stars have remained relatively dry throughout some typically bleak Welsh weather.

When it rains, it pours, but it doesn’t seem to impact the group.

This was also true back in the jungle, with a tropical downpour an inevitability of each season.

The trick is that the camps are supplied with a canopy to ensure the group’s protection from the elements.

If the stars were continuously left wet and cold, there would bound to be more problems for duction down the road.

Do they know what will happen?

Without fail, the group is usually mixed up between the celebs that have watched every season and those that have no idea what to expect.

While it may seem unbelievable some of the stars may have no idea what they are getting into, ITV ensures they have a chance to do their homework before agreeing to take part.

All potential celebs are sent a DVD of the show, a short and snappy overview of the series to get them up to speed with the trials, challenges, and general hardships.

In an interview on the 2018 documentary, I’m A Celebrity… Get Me Out of Here! The Inside Story, screenwriter Mark Busk-Cowley explained.

Bush Cowley said: “Every celebrity who is considering taking part is sent a pack including a DVD so they know precisely what they’re letting themselves in for.

“They’re invited to meetings where executives tell them just how tough it will be – the executives call it – ‘The Talk Of Doom’.”

I’m A Celebrity… Get Me Out of Here continueat 9pm on ITV.