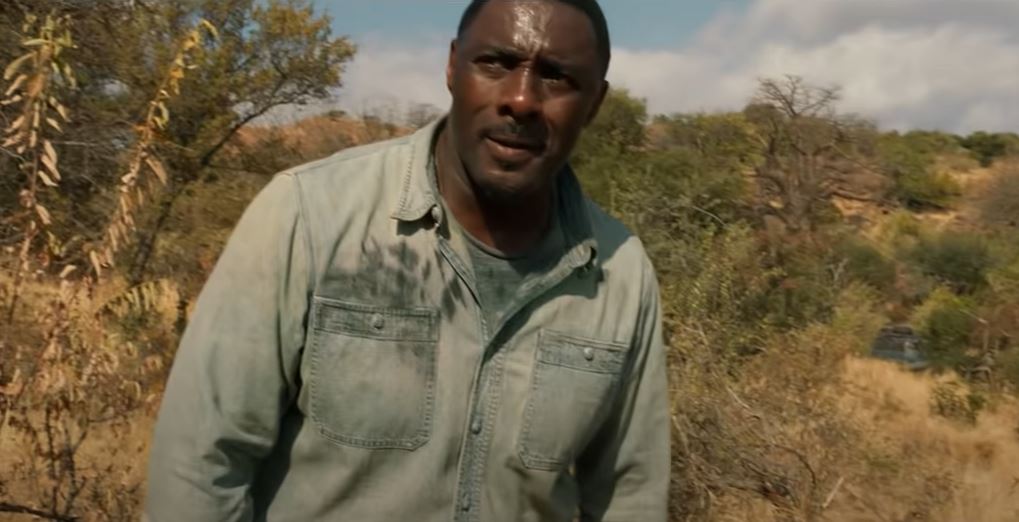 It would be anyone’s fear to deal with a hangry celebrity but King The Chef does it – intentionally – for a living.

The kitchen whizz is fast becoming a sought after name in the showbiz world thanks to his culinary talents that have led to him feeding stars such as Idris Elba and Naomi Campbell.

King hails from north west London – Harlesden, to be precise – and has Nigerian heritage, with his food a melting pot of Afro-Caribbean culture.

Therefore, it’s no wonder Luther actor Idris snapped him up as his personal chef.

Idris, 49, is set to dominate cinemas later this summer with his survival epic Beast out in August. The thriller, directed by Baltasar Kormakur, follows a recently widowed husband (Elba) who returns to South Africa, where he met his late wife, to visit a game reserve with his two children as part of a long-planned trip.

However, when a man-hunting lion begins attacking them and devouring anyone in its path, the family’s resilience is pushed to the limit.

So yes, it sounds as though Idris needed to be fighting fit in order to spend his days running from lions in the African heat.

King was the man to do it, flying out to South Africa to feed the actor – and revel in the experience of a lifetime.

Completely overhauling his clients’ diet is just part of the fun for the passionate chef.

‘That filming period was three months so we altered his diet a few times,’ King told Metro.co.uk. ‘I had him on a pescatarian diet for that, we introduced a lot of protein more than carb-rich [food] just because he wanted to keep lean – not too lean – just enough to be able to look the part.

‘[Going] pescatarian was the quickest way to strip away any excess fluff.’

Sharing the sacrifice Idris had to make for the role, King revealed: ‘Prior to that he absolutely loved steak so there were no steaks in South Africa. That was the major change I had to do.’

Listening to King vividly recall the details of his shopping trips to the local markets in Cape Town, picking out ingredients that he’d ‘never seen before’ and selecting fish caught fresh from the Atlantic that day, was almost as tantalising as his food undoubtedly tastes.

Idris’ 12-hour filming days were undeniably gruelling but so too were the 14-16 hours King would work during the three-month stint in South Africa.

It took a great deal of planning to specifically tailor the actor’s diet to whichever scene he needed to film each week.

‘If it was a day where he had to do a fighting scene or fall off a cliff, that takes a lot of energy so I’d have to carb him up on those days,’ King explained. ‘We’d sit down, look at the schedule and say [for example], “today I’m gonna have to fight a lion or I’m under a car”. I’ve give him carbs and that’s gonna get him through.’

As King would tell you, an actor’s diet while shooting a movie or TV show is more than just about them eating during their down time from filming. It can impact their performance but, for stars like Idris, they actually use that to their advantage.

‘He liked to be hangry because he equated his athletic performance with that,’ King dished.

‘For example you’d have set times for breakfast, lunch and dinner, he’d be like, “King, I want to eat as late as I can, I want to be hungry so that when I eat food, I’m ravenous and it goes straight to where it needs to get to, it’s not just sitting in me”. He’d wait until the last minute and to his credit, he said his performance was better.’

King also fed Idris as he filmed the upcoming Luther movie and praised the star’s method acting, stating: ‘From what I’ve seen he’s an extremely exceptional method actor so he does get into character.’

A huge part of King’s craft is the relationship he builds with his clients, something which he’s honed over the years from his days running a small catering company, King’s Kitchen, out of a cafe in Park Royal where he’d get to interact with the locals daily, and also from working the wedding circuit.

He explained: ‘It comes down to your rapport with whoever you’re working with once you understand their dynamic and how they work and move in general, you know when to avoid them and you know when to interact.’

‘We’re all human and have moments where I don’t want to talk to anyone, I have the same in my kitchen where someone comes in and I’m like “get out!”’ he laughed.

Even chefs get hangry too!