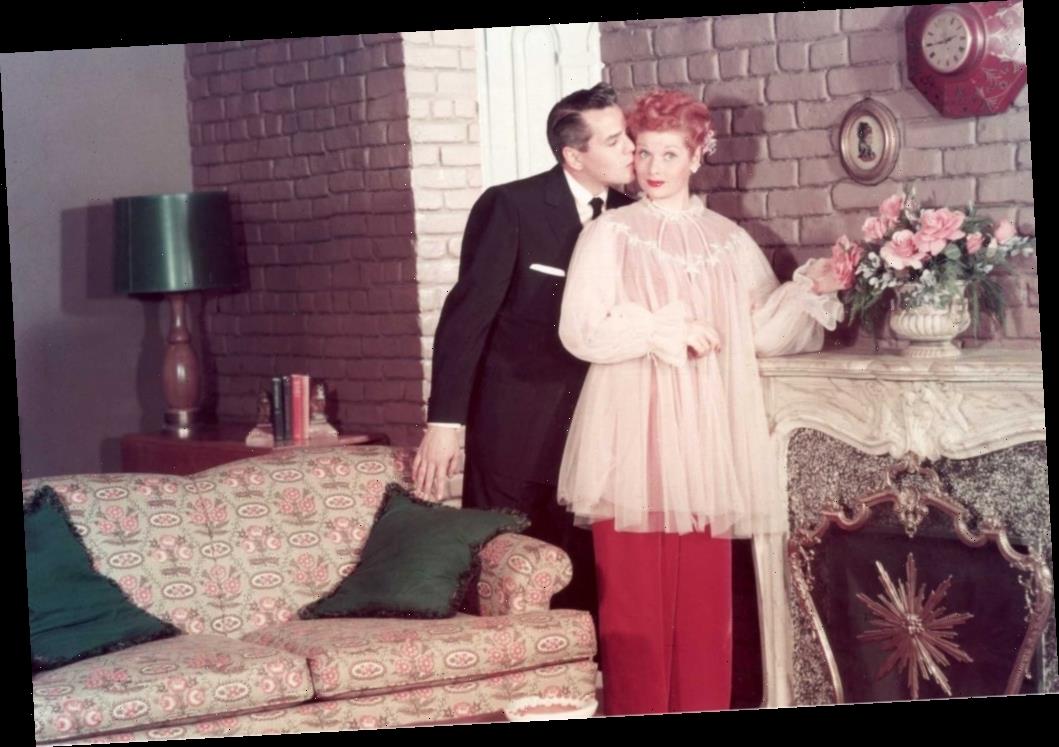 I Love Lucy star Lucille Ball allowed the world to celebrate with her when she was pregnant with her second child, Desi Arnaz Jr. It was a happy time in her life, but episodes about her pregnancy almost didn’t appear on TV.

Lucille Ball’s pregnancy was almost too controversial for TV

Ball and Desi Arnaz almost ended I Love Lucy after they found out she was going to have a second baby. During that time, it was considered too racy for a visibly pregnant woman to be on TV. They weren’t even allowed to say the word “pregnant.”

The I Love Lucy stars thought their TV series was over, but Jess Oppenheimer, the show’s producer and head writer, had an idea. He suggested writing Ball’s pregnancy into the show. In her book, Love Lucy, Ball said a visibly pregnant woman had never appeared on stage or television before, so this was a big risk.

A priest, minister, and rabbi screened the ‘I Love Lucy’ pregnancy episodes

The CBS Network gave the green light for Ball to appear onscreen during her pregnancy and for some of the scripts to address the topic. However, the executives at CBS wanted to make sure the episodes wouldn’t cause too much of a stir. According to Ball, they had a priest, minister, and rabbi view the pregnancy episodes before they aired.

In the early fall, when I was beginning to look pretty big, we did seven shows concerning my pregnancy. These films were screened by a priest, a minister, and a rabbi for any possible violation of good taste. It was the CBS network that objected to using the word ‘pregnant.’ They made us say ‘expecting.’

The three-man religious committee protested, ‘What’s wrong with ‘pregnant’?’ They were heartily in favor of what we were doing: showing motherhood as a happy, wholesome, normal family event.

Ball tried to keep her due date a secret, but the public found out and began sending messages and flowers to the hospital before she arrived. There were so many bouquets that they filled her hospital room and the hallway. After counting the telegrams and phone calls, Ball estimated at least one million people reached out. Arnaz was so overwhelmed with the outpouring of love that he cried.

“That afternoon I awoke to find Desi sitting on my bed sobbing,” wrote Ball. “There were seven thousand letters and a thousand telegrams waiting for me. But this was only the beginning. Counting the telegrams, letters, cards, phone calls, baby bootees, and other gifts, one million people sent some expression of their good wishes for the new baby.”

Ball said fans were in a frenzy over the birth of her baby. Even weeks after his birth, there was still a buzz of excitement in the air.

“The national hysteria continued for weeks,” wrote Ball. “The same day our little Desi was born, 44 million Americans watched the arrival of Ricky Ricardo, Jr., on the I Love Lucy show. The next day, Eisenhower was inaugurated as president, and the following Sunday night Walter Winchell said on the air, ‘This was a banner week: the nation got a man and Lucy got a boy.’”