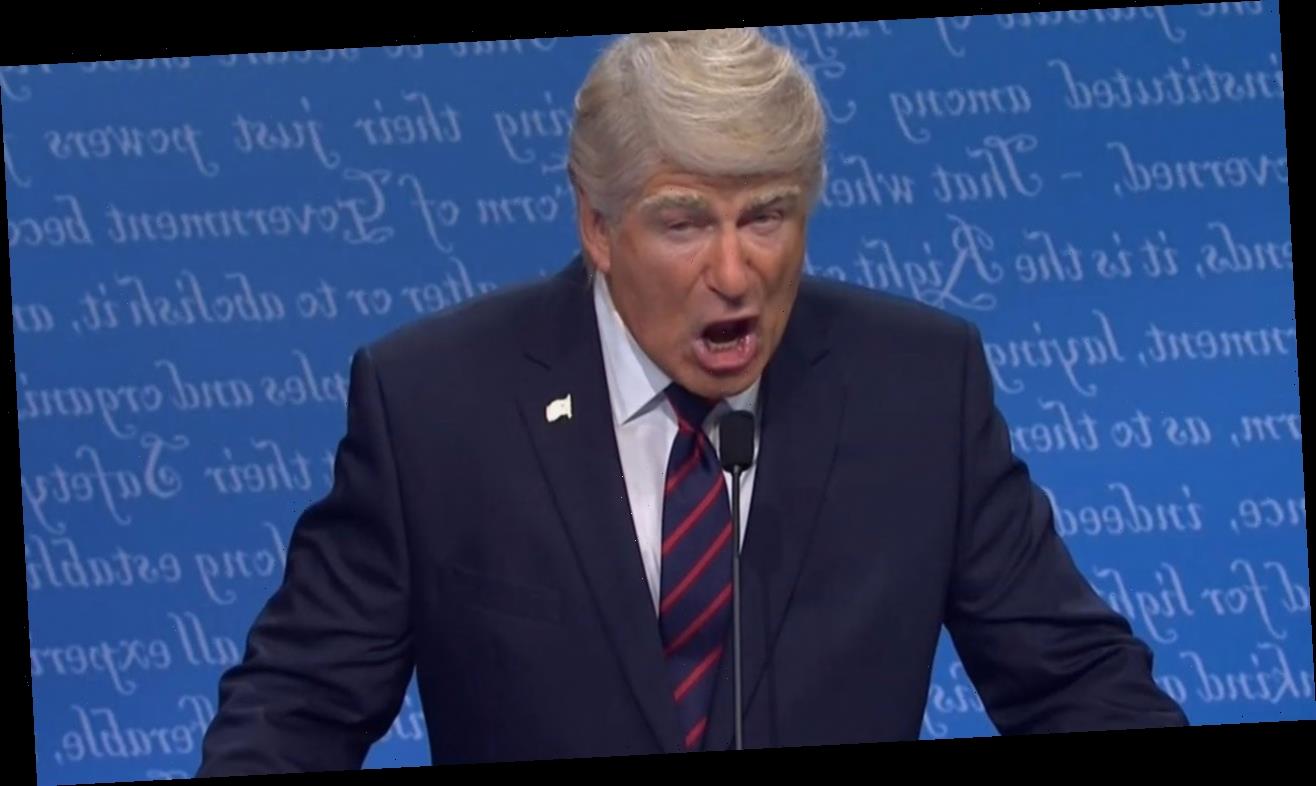 The news cycle moves fast, and Saturday Night Live has to keep up. The sketch comedy series returned over the weekend for its season 46 premiere, and the show had to act quickly to address the recent news that President Donald Trump has tested positive for COVID-19.

With only two days to incorporate the massive news into their sketches, here’s how SNL handled the unexpected development.

However, the sketch made sure to shoehorn in some timely jokes about the diagnosis, beginning with moderator Chris Wallace (Beck Bennett) asking Trump if he’d taken his COVID-19 test, to which Trump promised he had while crossing his fingers.

Toward the end of the debate sketch, Biden addressed the American people directly and says he believes in things like “science and karma.”

“Just imagine if science and karma could somehow team up and send us all a message about how dangerous this virus can be,” Carrey’s Biden says, before giving a meaningful look over at Trump. “I’m not saying I want it to happen, but just imagine if it did!”

Host Chris Rock touched on the news briefly at the top of his monologue, calling Trump’s illness the “elephant in the room.”

“President Trump’s in the hospital from COVID, and you know, I just want to say, my heart goes out to COVID,” Rock quipped.

“This news was a lot for us to process a day before we came back on the air after four months off,” anchor Colin Jost deadpanned. ‘And it all happened so fast. I woke up yesterday and heard the president had mild symptoms. Then four hours later, he was getting medevaced to a hospital in what looked like the last chopper out of Vietnam.”

“I have to say, it’s a bad sign for America that when Trump said he tested positive for a virus, 60 percent of people were like, ‘Prove it!'” Jost added. “It’s been very weird to see all these people who clearly hate Trump come out and say, ‘We wish him well.’ I think a lot of them are just guilty that their first wish came true.”

“While in the hospital the president isn’t allowed to see any guests,” anchor Michael Che added. “But he is expected to be visited by three ghosts.”