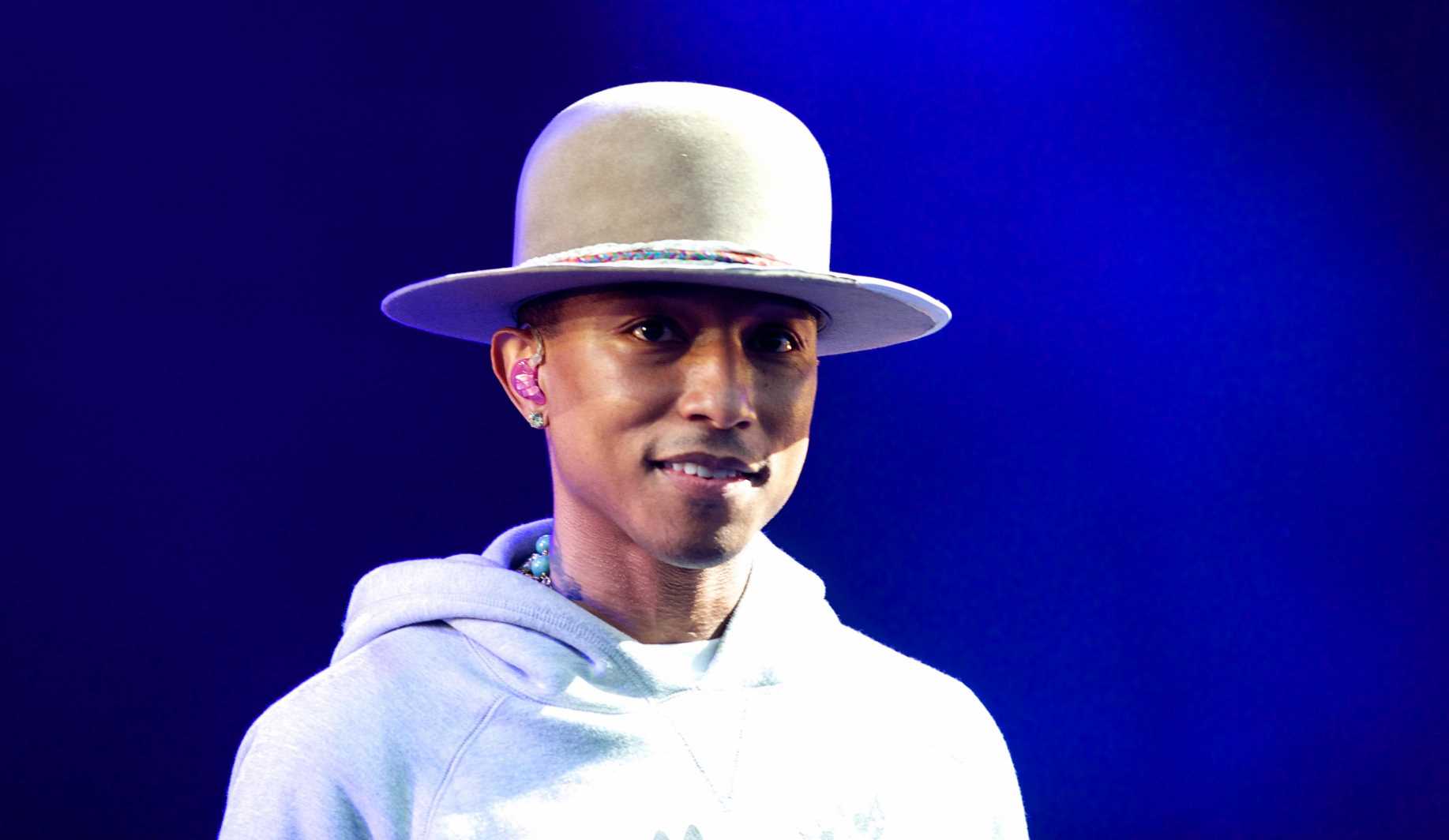 PHARRELL Williams has proven himself to be a multi-talented entertainer, having accumulated awards for his work in music, television and even film.

The American star is one of the most influential music stars of recent years – and continues to spread joy across the globe with his upbeat tunes. 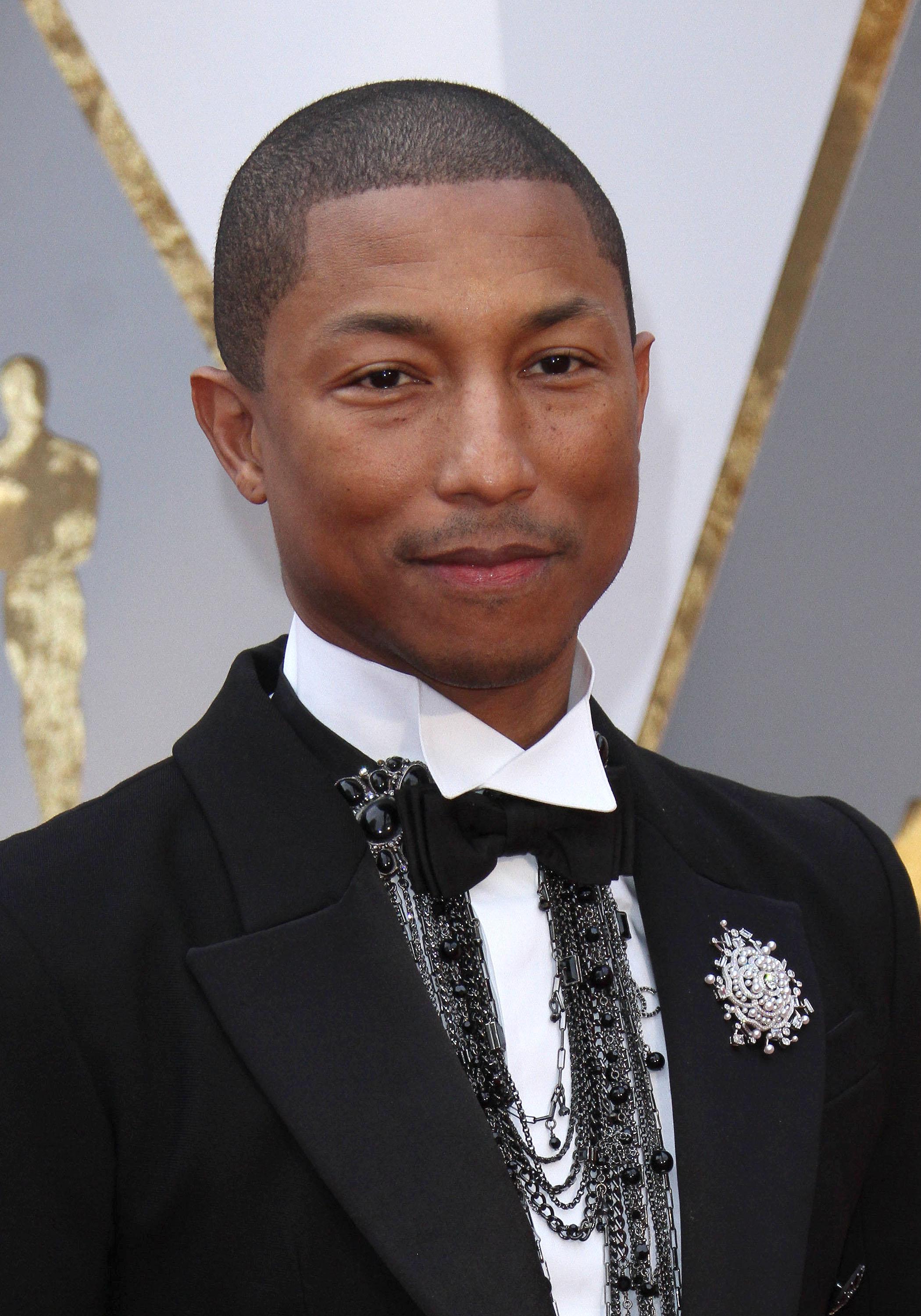 Who is Pharrell Williams, where is he from, and how much is he worth?

He is currently based in Los Angeles with his wife and children.

The star was born on 5 April 1973 and showed early promise in music when he was at Virginia Beach’s Princess Anne High School and he performed in the school band.

Pharrell has a firm interest in fashion – running two successful labels and contributing to various others – on top of his music career.

He also has a footwear label called Ice Cream – but has modelled and designed for brands including Adidas, Moncler, and Louis Vuitton.

Pharrell has been a coach on the American version of The Voice – taking a seat on one of the spinning chairs between 2014 and 2016.

He has played him9elf in roles ranging from 90210 and Pitch Perfect 2 – while his music has featured on soundtracks to films from The Amazing Spider-Man to Despicable Me. 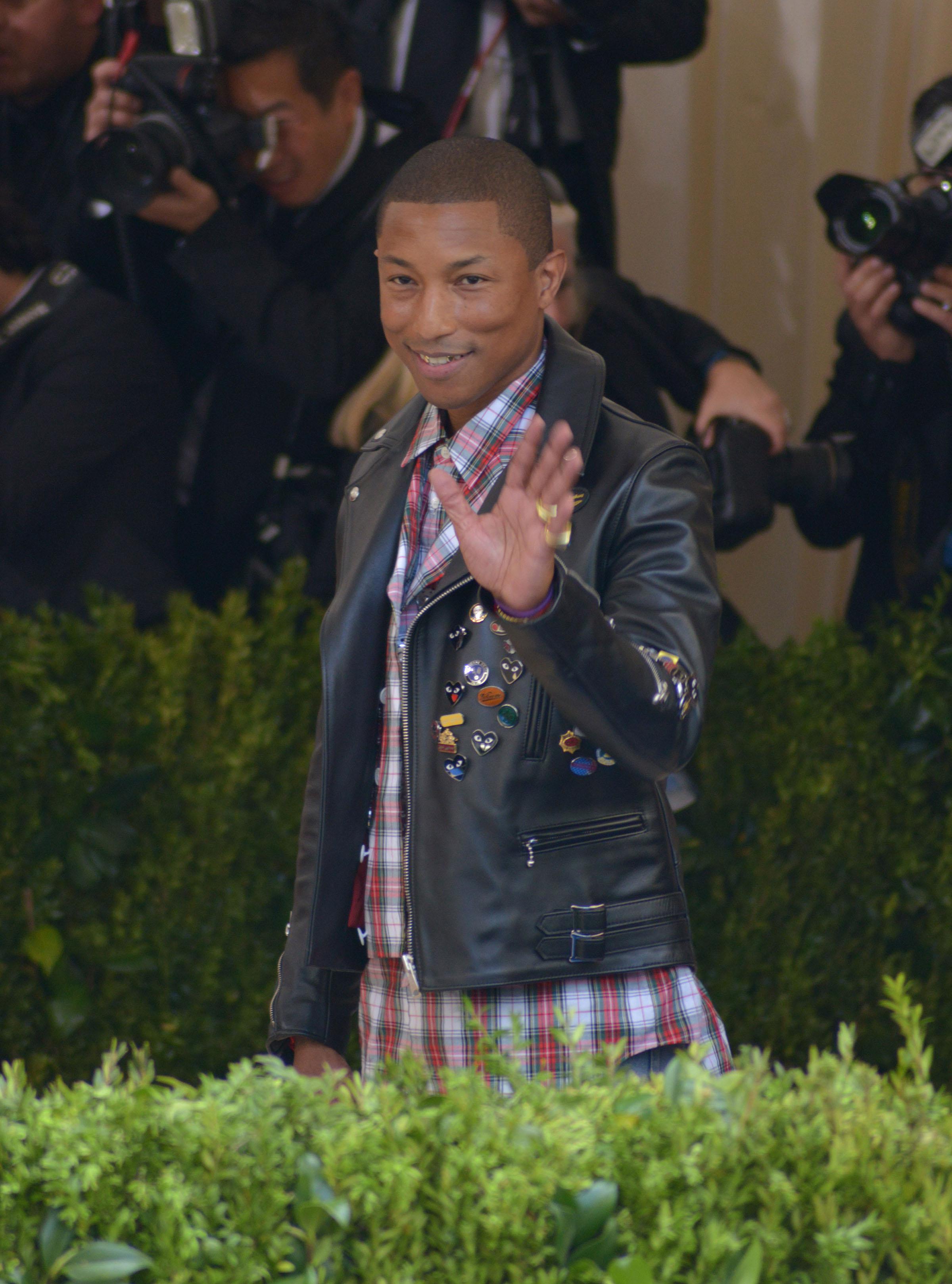 What band is Pharrell Williams in?

Pharrell along with his school friends Chad Hugo and Shay Haley formed the band N*E*R*D in 1999 – releasing hits including Lapdance and She Wants To Move (featuring Alesha Dixon in the music video).

As of 2018, the band are still going strong, and are due to perform at Manchester's Parklife festival as a group once more.

Alongside Chad, he also forms the production duo The Neptunes who have produced some of the biggest hits of the past three decades – from Kelis’ iconic Caught Out There, to Britney Spears’ I’m A Slave 4 U, to Justin Timberlake’s Rock Your Body.

In 2003, Pharrell was credited with producing 20% of all music being played on UK radio – while over in the USA that statistic ballooned to 43%.

Other huge hits Pharrell is responsible for include Robin Thicke's Blurred Lines, Daft Punk's Get Lucky, and Kylie Minogue's I Was Gonna Cancel. 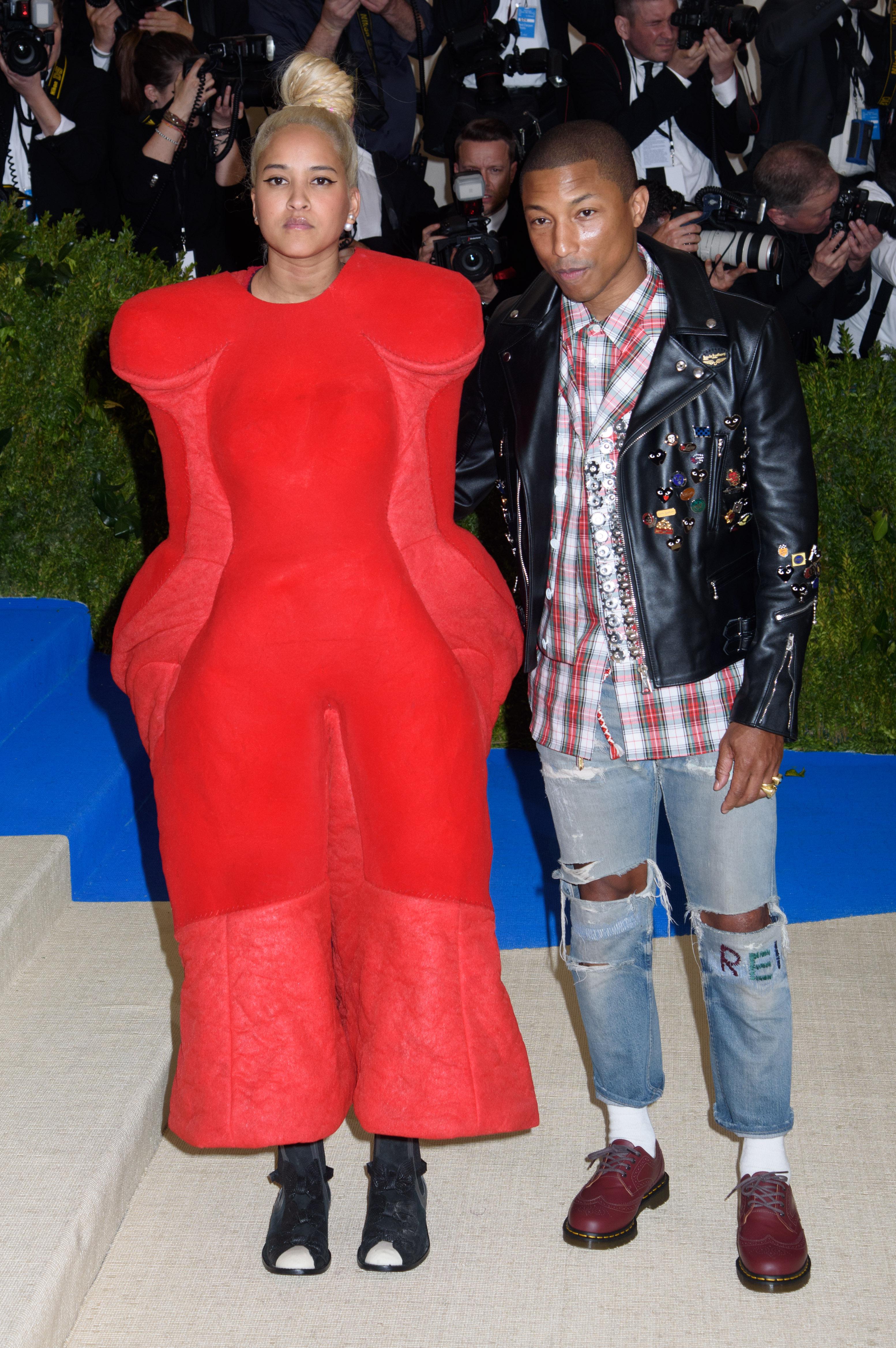 What solo music has Pharrell Williams released and what are his biggest hits?

As well as a producer and in a band, Pharrell has enjoyed phenomenal success as a solo artist.

His 2006 debut solo album, In My Mind, hit number 7 in the UK and spawned the hits Angel and Number One (featuring Kanye West).

While his 2014 record, Girl, hit number 1 in the UK and contained the smash hit Happy (which was Oscar-nominated).

He has won 25 awards in his career so far – including an impress 11 Grammys.

Who is Pharrell Williams married to and how many children does he have?

Pharrell Williams has been married to model and designer Helen Lasichanh since 12 October 2013.

The couple welcomed their first son, named Rocket Williams, in 2008.

The couple surprised fans when they announced Helen was pregnant in September 2016 – and surprised again when it was revealed they actually had triplets when Helen gave birth in January 2017.

After the birth of their children, Pharrell and Helen have opted to keep the children out of the limelight.

As a result they have not been named and are kept away from social media. 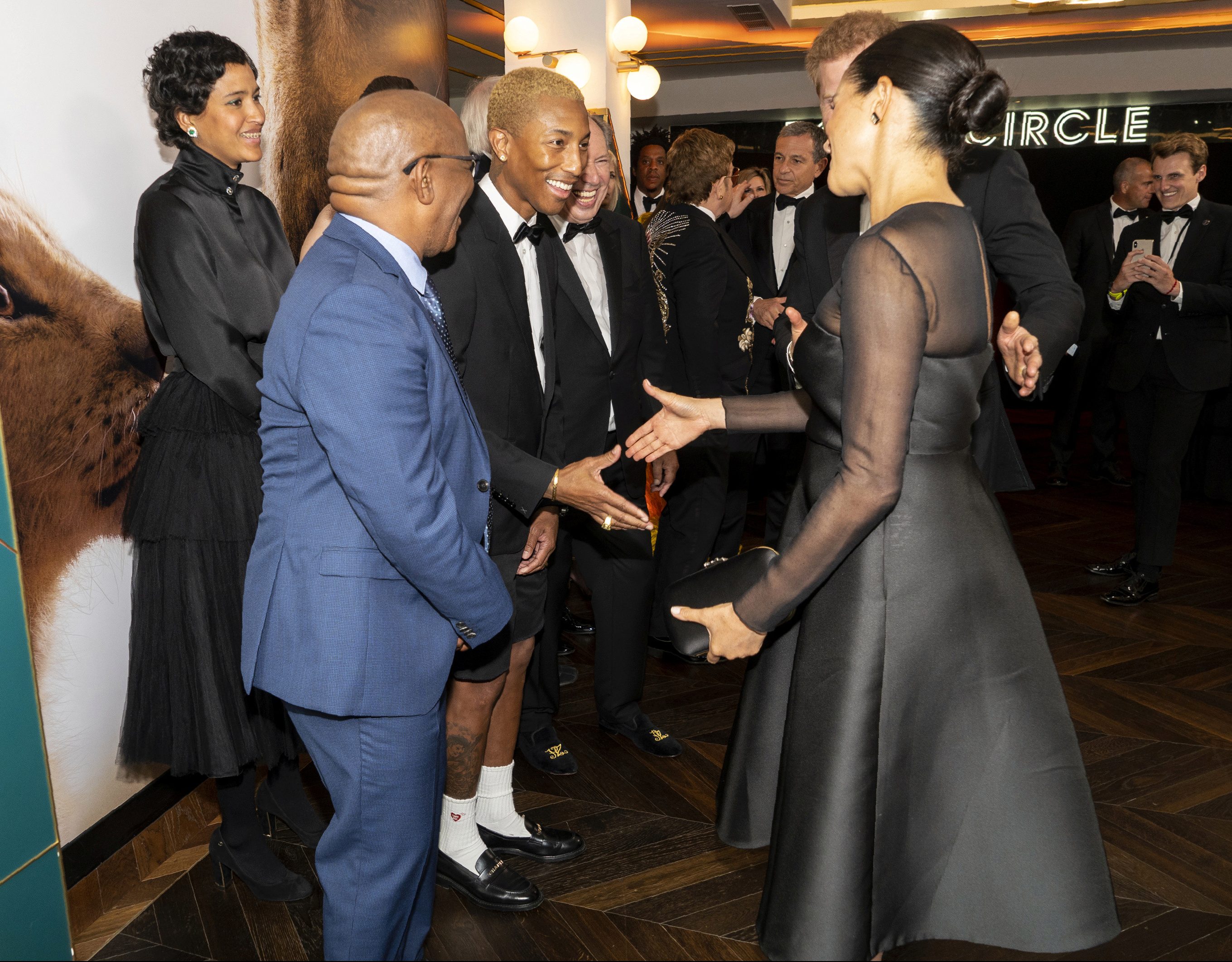 What did Meghan Markle say to Pharrell at The Lion King premiere?

On June 14, 2019, Pharrell attended London's Lion King premiere, with stars such as Beyonce, Jay Z and Seth Rogen all in attendance.

Meghan Markle and Prince Harry were also present, and the two had approached the singer for a brief conversation while greeting A-list talent.

The Duchess of Sussex shed light on experiencing a difficult time in the spotlight after having been the subject of a media storm ever since becoming tied to the royal family.

After having left quite the impression on Harry with his quirky pants, Pharrell went on to gush over the couple's "wonderful union."

"Don't ever take that for granted but what it means in today's climate, I just wanted to tell you it's so significant for so many of us. Seriously," he said.

Meghan seemed to be deep in her thoughts as she responded, saying: "Thank you, they don't make it easy."

The former actress hasn't really been able to catch a break in the media, with reports claiming that Meghan is a diva behind closed doors and people aren't happy with it.

Harry and Meghan were firm with their decision to keep Archie's christening a private affair and refused to announce who they had chosen as his godparents.

The decision sparked an intense amount of backlash, with a PR expert claiming the couple were acting like "Hollywood A-Listers".

Then, it was claimed spectators at Wimbledon were banned from taking photos of the Duchess after being told that Meghan was in a "private capacity" to support her girl pal Serena Williams.