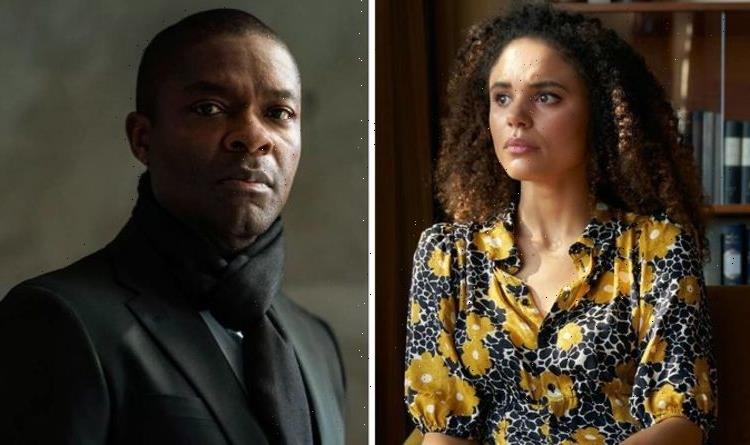 The Girl Before: Trailer for new BBC psychological thriller series

The Girl Before is BBC One’s latest psychologist thriller, starring the likes of Gugu Mbatha-Raw, David Oyelowo and Jessica Plummer. The drama, based on a novel by author JP Delaney, will begin tonight, Sunday, December 19, at 9pm. Express.co.uk has everything you need to know about The Girl Before.

The Girl Before tells the story of Jane (played by Gugu Mbatha-Raw) who stumbles across a “rental opportunity of a lifetime,” according to the house’s architect Edward (David Oyelowo).

She is given the chance to live in his beautiful house but only if she abides by some very specific rules of his.

The series flits between Jane’s life now and three years prior when Emma (Jessica Plummer) also lived in the house.

As time goes on, it is clear how their lives become intertwined in this dark new drama.

How many episodes in The Girl Before?

The first hour-long episode of The Girl Before will make its debut on BBC One.

This limited series is made up of four episodes in total which will be aired over four consecutive nights.

So the grand finale of The Girl Before is going to air on Wednesday, December 22.

But there is an alternative way to watch if you’re eager to see the series in one go.

Following the premiere on BBC One, The Girl Before will be released in full on the channel’s streaming service BBC iPlayer.

If you do prefer to binge-watch series, then there is no need to worry about waiting each night for a new episode.

BBC iPlayer is a free streaming service as well so there are no subscription fees like some other platforms.

From the show’s synopsis, many viewers may not be able to wait every night for the next episode.

DON’T MISS…
GMB fans horrified as Star Hobson great grandfather discusses toddler [REACTION]
The Girl Before release time: What time does the BBC series air? [RELEASE TIME]
The Girl Before cast: Who is in the cast? [CAST]

The Girl Before description reads: “The Girl Before tells the story of Jane, who gets the chance to move into a beautiful, ultra-minimalist house designed by an enigmatic architect.

“There’s just one catch: the occupants must abide by his list of exacting rules.

“Jane starts to feel the house changing her in unexpected ways, but when she makes the shocking discovery about her predecessor, Emma, she’s forced to confront unnerving similarities.

“As the two women’s timelines interweave, Jane begins to question if her fate will be the same as the girl before…”

Actor David Oyelowo has been in a plethora of films and TV shows over the years, including Selma, The Water Man and Spooks.

Whereas Jessica Plummer was Chantelle Atkins in EastEnders and starred in I’m A Celebrity…Get Me Out of Here! last year.

The Girl Before will premiere on Sunday, December 19, at 9pm on BBC One.