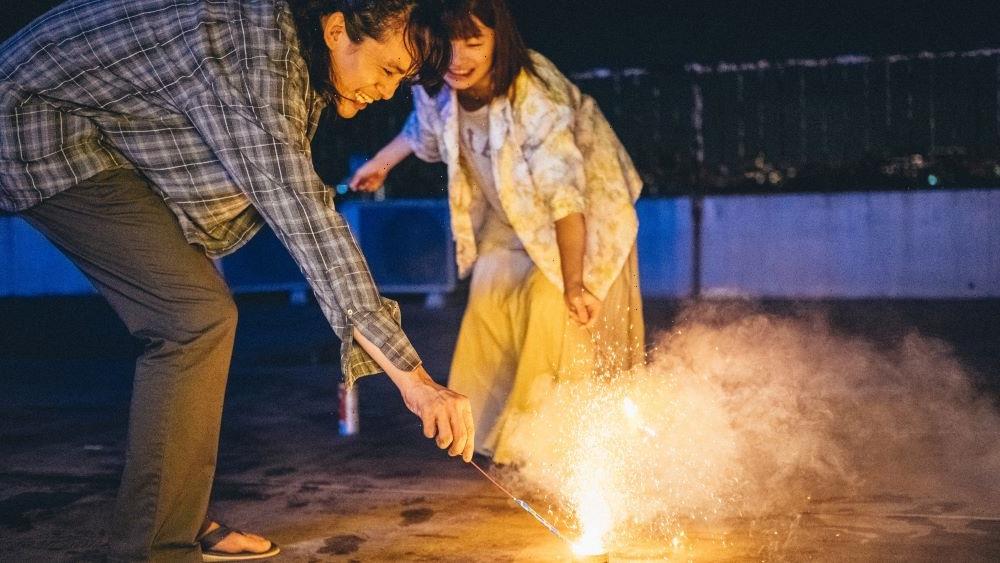 Japanese film sellers are once again out in force at TIFFCOM, which is completely online for the second year in a row. Buyers will find much familiar from the Busan market, but new titles are on offer as well.

Japan’s oldest continuously operated studio, Nikkatsu is bringing Matsui Daigo’s “Just Remembering,” a romantic drama selected for the TIFF competition. Ito Sairi and Ikematsu Soksuke star as a couple on the verge of a break-up who reminisce about better days. Matsui’s original script was inspired by the Jim Jarmusch classic “Night on the Planet.”

Also, on offer is the other Japanese competition title, “Third Time Lucky.” The film is the directorial debut of Nohara Tadashi, a scriptwriter whose credits include Hamaguchi Ryusuke’s 2015 ensemble drama “Happy Hour” and Kurosawa Kiyoshi’s WWII thriller “Wife of a Spy.” Kawamura Rira, who also appeared in “Happy Hour,” stars as a mentally troubled woman in the port city of Kobe struggling to find meaning and connection after her psychiatrist partner leaves her.

Major distributor Gaga is repping an untitled project by Korean-Japanese director Lee Sang-il (“Rage”). Based on a novel by Nagira Yu and scripted by Lee, the film tells the story of a university student who finds a 10-year-old girl soaked in the rain but reluctant to go home. He takes her in – and two months later is later arrested for kidnaping. But by this time the two have formed an unbreakable bond. Hirose Suzu and Matsuzaka Tori star, with release set for 2022.

Also on the line-up is “What to Do with the Dead Kaiju?,” comedy master Miki Satoshi’s take on the monster genre, based on his original script. When a gigantic Godzilla-like creature breathes its last, its human conquerors are faced with the task of disposing its remains.

Kadokawa, the film production and distribution arm of a leading Japanese publisher, is presenting “S-MiMic: Sadako,” a reboot of the iconic 1998 horror “The Ring.” Once again, a cursed video tape does its deadly work among its unfortunate viewers, but this time first appearing on a flea market app and then mutating into ever more horrific forms. The film is still in pre-production, with a release date not yet penciled in.

Now in post-production is “Kassui,” the latest by the prolific and critically acclaimed Shiraishi Kazuya (“The Devil’s Path,” “The Blood of Wolves”). Based on a novel by Kawabayashi Mitsuru, the film stars Ikuta Toma as a city waterworks employee in charge of stopping service to non-payers, a job that make him well hated. Then he finds two aborted baby girls in a water tank – and meets their mother (Ono Machiko).

Gaga is also selling “My Small Land,” the debut feature of Kawawada Emma, who served as an AD to Cannes Palme d’Or winner Koreeda Hirokazu. A teenaged Kurdish girl (Arashi Lina) living in Japan has her life upended when her family’s application for refugee status is rejected and her father is arrested for working illegally. The film will open in Japan in 2022.

Toei is presenting “Ox-Head Village,” the latest by veteran horrormeister Shimizu Takashi. The third film in the director’s “village” trilogy, the film focuses on two notorious haunted sites, with three missing schoolgirls in the mix. Release is set for February of next year.

Also on the line-up are two new anime titles. One is “Blue Thermal,” directed by Tachibana Masaki and based on a manga by Ozawa Kana about a college boy reluctantly drafted into a glider aviation club. The other is “True North,” directed by Eiji Han Shimizu about a boy and his mother sent to a camp for political prisoners in North Korea. The film screened at last year’s Tokyo International Film Festival and other festivals prior to its June 2021 release in Japan.