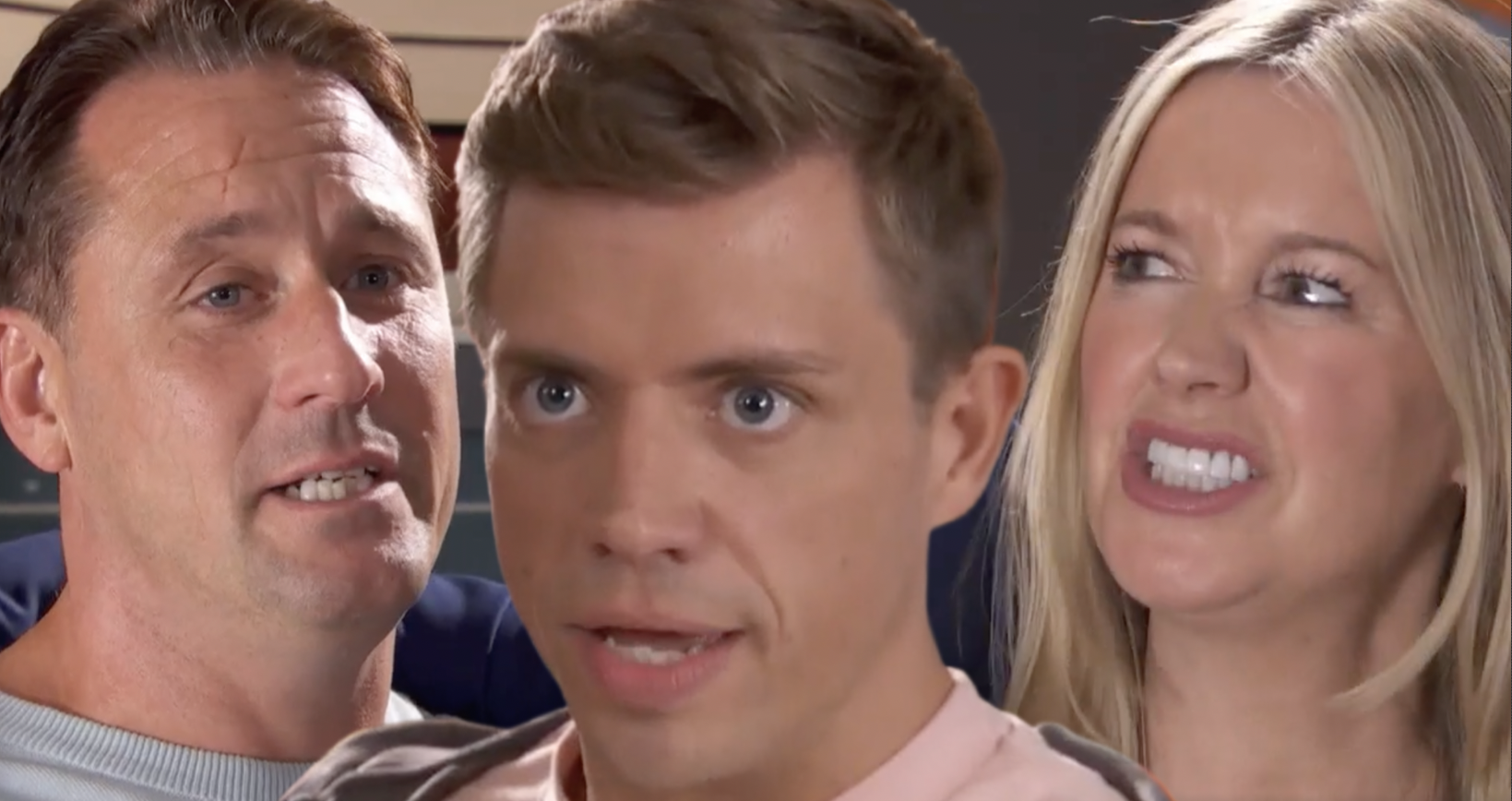 Tony Hutchinson (Nick Pickard) was left with little choice but to come clean in Hollyoaks, as he told wife Diane (Alex Fletcher) that newcomer Beau Ramsey (Jon-Paul Bell) is his son.

The long-serving mainstay was left shocked last week when Beau confirmed his identity, revealing that his mum was someone who Tony had a holiday romance with over two decades ago.

Beau wanted to get to know his dad, but Tony reckoned that he was a scammer out to get his hands on some money, and thus refused to entertain the notion that he might actually be telling the truth.

Diane, meanwhile, came to believe that Tony was having affair, as she couldn’t think of any other explanation for her hubby’s strange behaviour, and thus she wasted little time in confronting him with her theory, which left Tony upset.

Tony, however, failed to offer up an explanation for his evasive behaviour, and subsequent scenes saw him pay Beau off, ordering him to leave the village at once.

But upon doing so, he came to realise that Beau was actually telling the truth!

Yes, he is actually his son.

Tony confided his discovery in Jack Osborne (Jimmy McKenna), but soon realised that he was late for a meeting with Councillor Valmont (Tam Williams), who made it quite clear that he wouldn’t have any funny business in his party – which left Tony all the more determined to keep his newfound son secret hidden.

Beau, however, was appalled to find out that Tony knew he was actually his dad but still paid him off, and a showdown ensued in The Dog, which saw Tony ultimately reveal the truth to a shellshocked Diane – in the middle of a photo-op with Valmont!

How will Diane take the news?

Hollyoaks continues Tuesday October 25 at 7pm on E4, or stream the next episode on All4 from midnight.