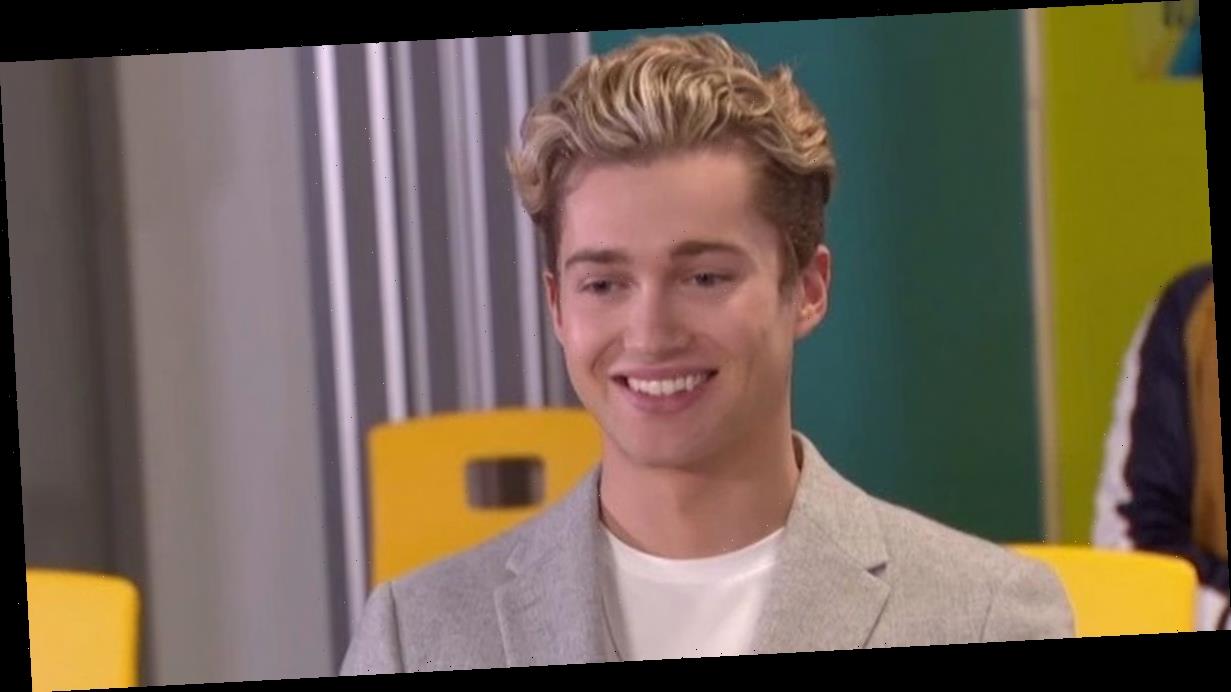 It was the launch of Trish Minniver's (Denise Welch) new dance school at Hollyoaks High, and the big day got off to a rocky start when her boyfriend Brad King (Tom Benedict Knight) was nowhere to be seen.

The dance teacher ended up taking her anger out on pupil Leah as bad boy Brad missed the grand opening to begin his dodgy scam.

Things went from bad to worse for stressed Trish when her dance rival Marco made an appearance at the school.

Viewers watching at home rushed to their keyboards to discuss professional dancer AJ's debut performance in the Channel 4 soap.

Many fans adored seeing AJ on their television screens, as one tweeted: "Omg @Aj11Ace at last!!!"

Others were more critical of AJ's performance, as one penned: "Aj Pritchard should stick to dancing".

Another added: "Just cos AJ pritchard is famous does not mean he should try acting oh my god".

Former I'm A Celebrity contestant AJ, 26, recently described his character Marco as "sly" in an interview with Inside Soap.

He said: "Marco is Trish's [Minniver] rival from a previous dance school.

"He's a very cheeky and confident guy. Marco knows what he wants and when he turns up, he acts as if he owns the place.

"Marco arrives for Trish's grand opening which, as you'll see, is not so grand due to a couple of mistakes on Maxine's [Minniver] part, which was fun to film."

AJ's brother and Love Island star Curtis Pritchard, 25, will join the soap as Marco's twin later in the year.

Discussing working with his younger sibling, AJ said: "It great because Curtis and I know each other so well from dancing and performing live, so we just get to play off that.

"They're really fun characters that are a bit sly."

Hollyoaks confirmed last month that AJ and Curtis will be joining the cast of the show.

Soap bosses have remained tight-lipped about what viewers can expect from their characters.

Opening up about joining the show, AJ said at the time: "I can’t believe we will be featuring on Hollyoaks, we have grown up with the show on TV and it’s always been one of our favourite serial dramas.

"Our characters are fantastic, and we can’t wait for everyone to see how we bring them to life."

Curtis added: "I am so excited to be working with my brother AJ on a show we grew up watching.

"I am also excited to continue our journey together with Channel 4 and E4."

Fans will have to wait and see what trouble Marco and this twin brother bring to the village.

Hollyoaks airs weekdays on Channel 4 at 6.30pm followed by first look episode on E4 at 7pm