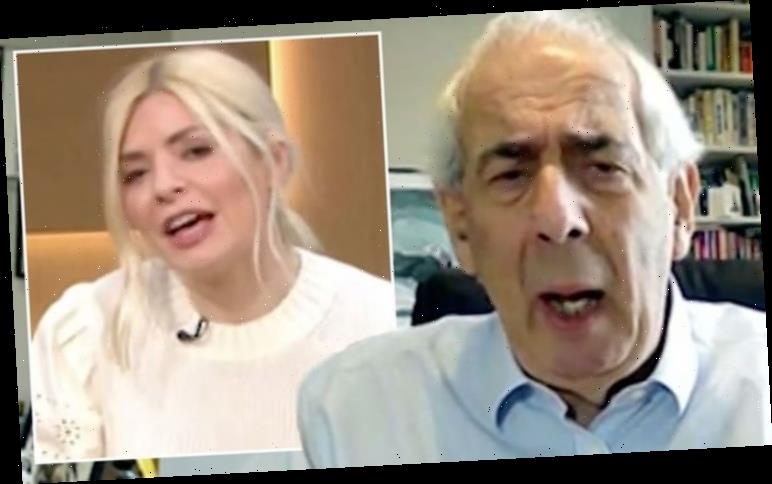 As the fallout from Meghan Markle and Prince Harry’s interview with Oprah Winfrey continues around the globe, This Morning’s Holly Willoughby and Phillip Schofield welcomed biographer Tom Bower to delve into the details. However, after delivering a scathing critique of Meghan and her answers, Bower was eventually pulled up after claiming the Duchess of Sussex thought she was “marrying into the Kardashians”.

Throughout the interview, Bower had blasted the former senior royals’ claims made during the interview with Oprah.

Bower questioned whether all of the claims made were true and took aim at the pair for placing unprecedented pressure on The Queen.

At the end of one of his rants, Bower said: “She probably thought she was marrying the Kardashians, not the Windsors.

“And (she) got a terrible shock and went into a depression. I just found the interview raised many more questions about her than it did the Royal Family.” 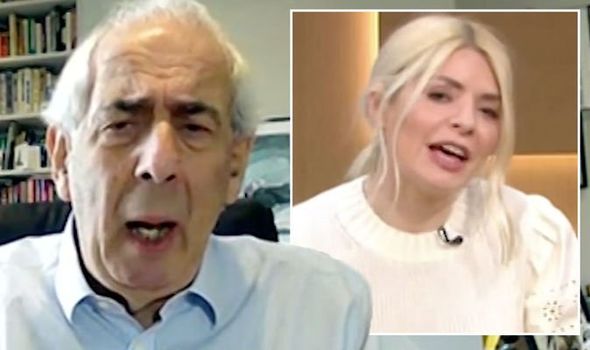 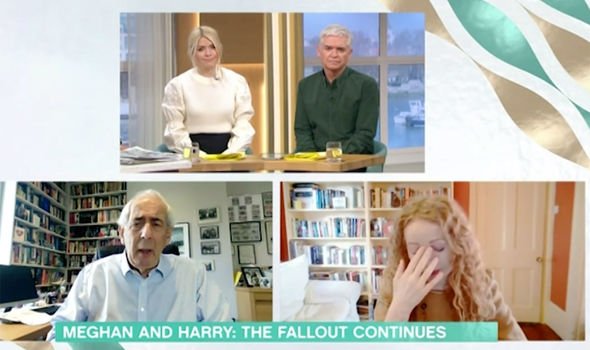 However, before Bower could continue, This Morning’s Willoughby quickly jumped in.

“When you say that about her,” the ITV presenter snapped at Bower. “What are you basing that on?”

She continued: “Saying that she would rather be married into the Kardashians,

“Isn’t that just sort of your opinion and seeing what we’ve seen recently and what she’s said from her own mouth, isn’t it quite a dangerous one?” 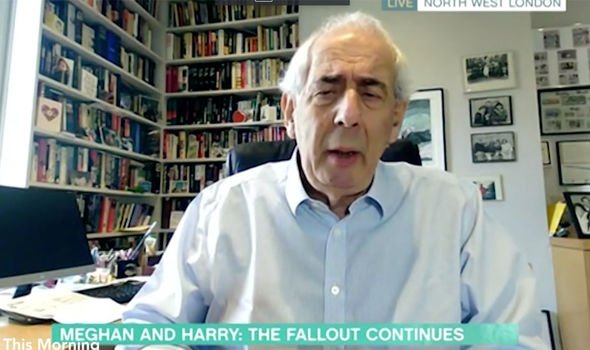 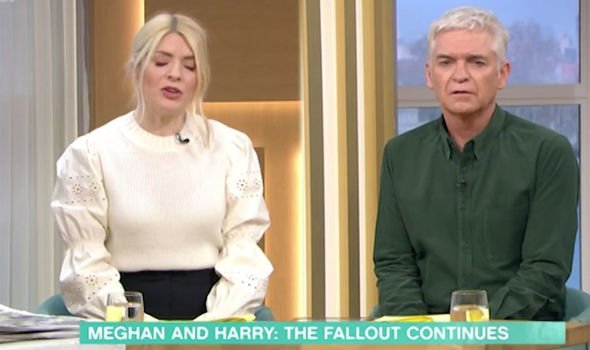 But Bower stood firm, defending his stance even though his fellow guest was left with her head in her hands over his claims.

“On the contrary,” he said. “I think that what we’ve seen from her own mouth is a woman who’s spent a long, long time preparing for this performance.”

But it’s fair to say that Willoughby and Schofield weren’t the only ones in disagreement with Bower’s shock claims.

Taking to Twitter to voice their opinions on the author’s stance, hundreds were stunned by the comparisons.

“Who is this fossil they got on talking, here we again these 1940’s old men ‘oh she should have married into the Kardashians’ I’m glad Holly pulled him up on that. #ThisMorning,” one fan said as they supported Willoughby’s challenge

A second added: “‘Meghan felt she was marrying into the Kardashians and not the Windsors’ absolute tosh from this bloke.

“Baseless comments broadcasted to the nation. Why are #ThisMorning giving men like this airtime?”

Another echoed: “What an awful thing to say; she’d rather be married into the Kardashians than the royal family #thismorning.”

“Tom Bower has just said on national TV that he disbelieves everything Meghan and Harry are saying, therefore how dare they ‘speak their truth…’” a fourth weighed in.

“What? Eh? What is going on today with these interviews? Nothing anyone is saying makes any sense. #thismorning”

However, some were in agreement with Bower, as one took to social media to voice: “‘She thought she was marrying into the Kardashians & not the Windsor’s’. F*****g bang on…[email protected]”

This Morning continues weekdays at 10am on ITV.