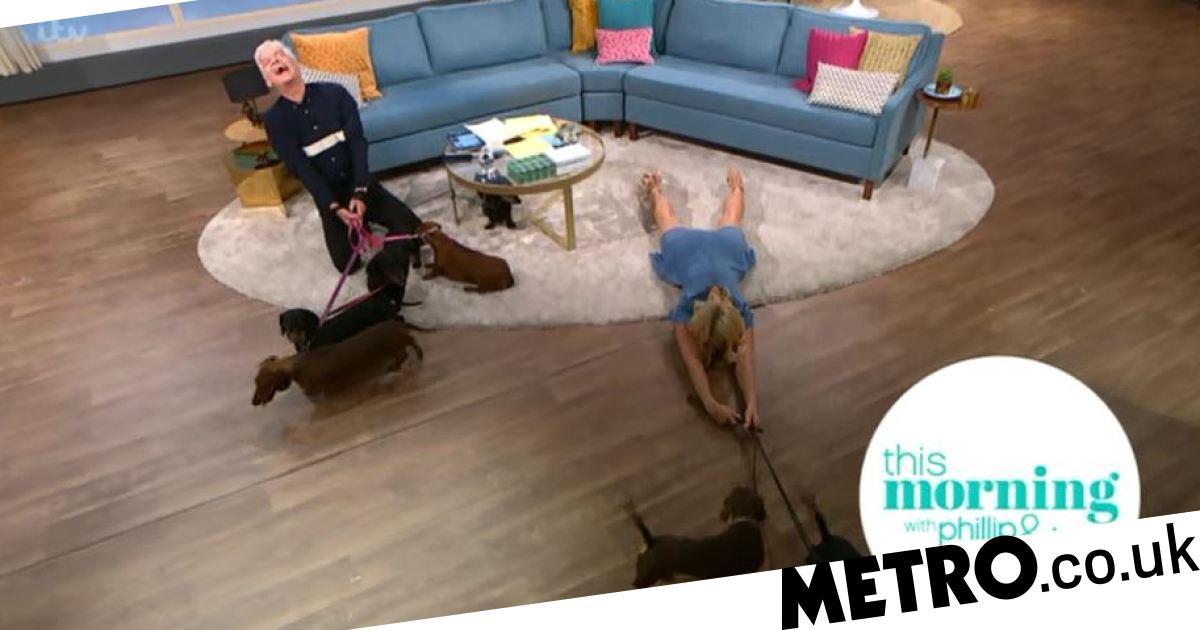 Holly Willoughby was dragged in the best way possible on This Morning, equipped with an adorable pack of sausage dogs.

After a segment aired on the show highlighting a sausage dog hotel featuring massages and tea parties for the pooches, Holly and Phillip Schofield were joined by a horde of sausage dogs as they cut back to the studio.

Explaining the daytime TV logic, Schofield said: ‘We have a sausage dog film, we obviously have to surround ourselves with sausages.

Holly replied: ‘They’re so strong! They could literally pull you across the floor.’

Proving their strength to the nation, Holly was pulled across the floor by the dogs as they cut to the ad break, leaving Schofield cackling into the air.

Speaking about the dog escapades after the break, Holly said: ‘I love those dogs. They’re really strong!’

‘They practically dragged you out the door,’ Schofield said.

You can catch This Morning weekdays on ITV at 10.30am.