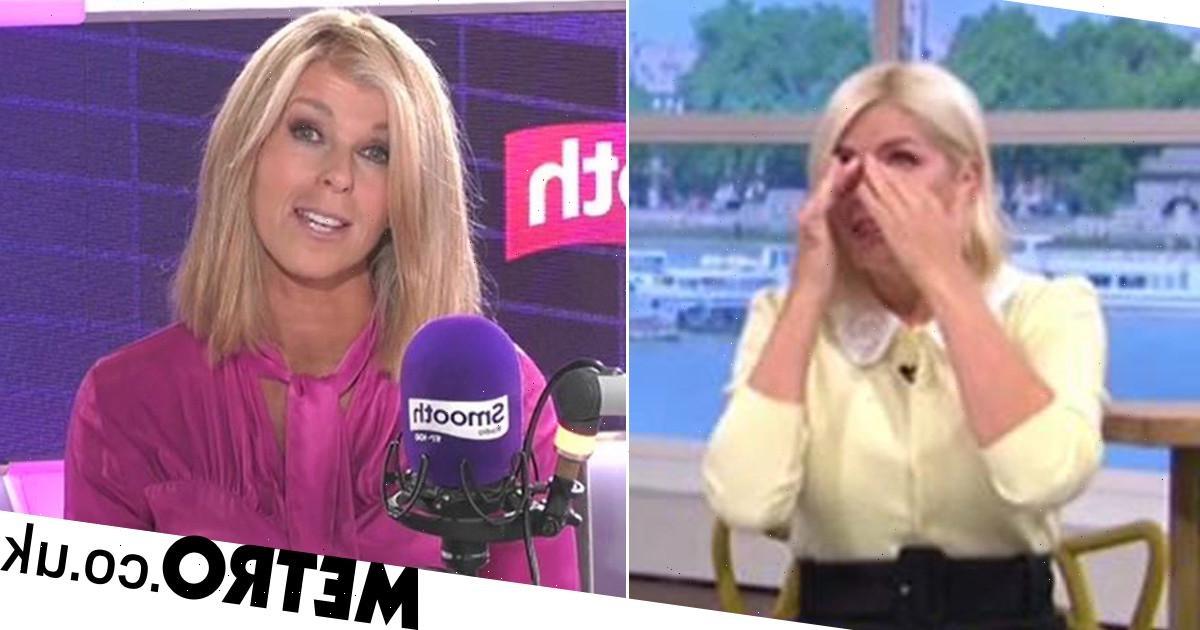 Holly Willoughby became overcome with emotion while speaking to Kate Garraway about her nomination for the documentary Finding Derek at the National Television Awards, breaking down in tears live on This Morning.

Tonight at the NTAs, Kate’s documentary on her husband Derek Draper’s Covid-19 diagnosis and subsequent health issues is up for the accolade of best authored documentary.

Kate, 54, recently admitted that she felt ‘torn’ about asking for votes from the public, explaining why she felt conflicted about attending the ceremony without her partner at her side.

On Thursday’s edition of This Morning, Holly, 40, and Phillip Schofield, 59, welcomed Kate onto the show via video chat to speak about the NTAs nomination and how she and Derek are doing at home.

Kate, whose 16th wedding anniversary with Derek is tomorrow, explained that her husband’s ‘progress is tough’, as it ‘feels like there is no change’ and it ‘feels painfully slow’.

‘He still has very little movement. He still can’t talk really, he can’t have a conversation. But he does seem I believe and I think others believe now, that he does understand everything, so that’s fantastic, because you feel like he can understand even if he can’t get stuff back,’ she said. 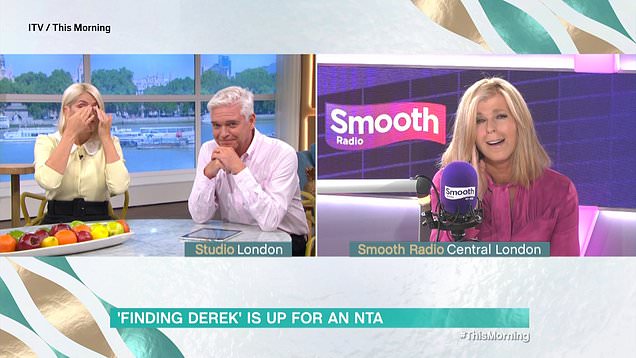 When asked why she was initially hesitant to attend the NTAs, Kate said that she felt ‘very sad’ this week, as she recalled not attending the ceremony with Derek in January 2020, as he was babysitting at the time.

Holly asked Kate who’s been looking after her while she takes care of Derek, as the Good Morning Britain presenter admitted that she feels ‘absolutely shattered all the time’.

By the end of the interview, emotions were running high as Holly and Phillip showered Kate with praise.

‘You are a remarkable woman. Thank you so much for talking to us today,’ Phillip said, as Holly started crying beside him.

As Kate implored Holly not to cry, the This Morning presenter said: ‘You’ve done so well. Well done.’

‘I want to hug you,’ Kate said, as Holly apologised for breaking down, using her sleeve to wipe away her tears.

Several This Morning viewers shared that they were also in tears while watching the interview.

‘I’m in bits too Holly,’ one person tweeted. ‘What a woman so brave and strong sending so much love hugs too Kate, Derek and their kids.’

‘Holly crying for Kate. Bless her. I was nearly crying too. Such a powerful documentary,’ another said.