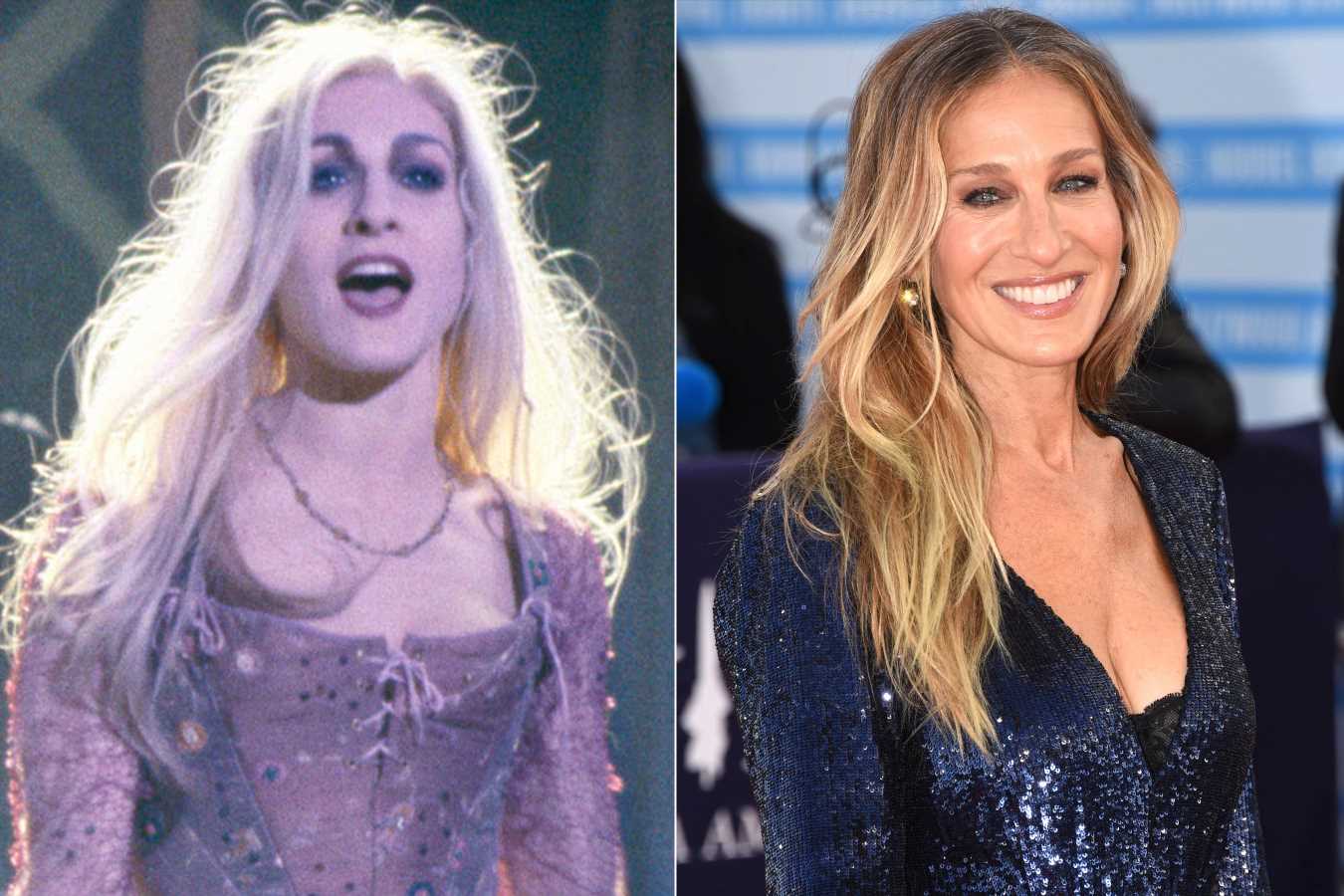 It’s been 26 years since the Sanderson sisters became cultural icons and go-to Halloween costumes. But where are the actors now?

Just try to think of Hocus Pocus without immediately hearing Midler’s hilariously calling out, “Sisters!” The iconic actress gave one of the most memorable performances of her career in the cult hit, with thousands of fans still dressing as her Winifred for Halloween every year.

Now, 26 years later, Midler has one of the most successful careers of the bunch and has gone on to win four Grammy awards, four Golden Globes, one Tony and three Emmys in the years since.

A pre-Sex and the City Parker stole the show with her air-headed Sarah, whose voice lures children out of their beds in the night during the culmination of the movie.

The most beautiful sister went on to star in Sex and the City five years after the movie was released and has enjoyed a steady string of success since, in both TV and movies.

If Sarah was the pretty Sanderson sister, then Mary was definitely the sweetest — and most hilarious. Najimy’s twisted-mouthed, almost timid performance as the sister who ends up having to fly around on a vacuum cleaner is still a highlight 25 years on. Never forget her “Buh-bye” as the sisters explode in the air once the sun comes out.

Najimy’s list of credits after Hocus Pocus is way too long to recount, proving the rousing success she’s had since her witch days. She’s most recently had a recurring role on Veep and starred as Peggy for 10 years on King of the Hill.

The virgin who lit the black candle and got the party started. Katz’s wide-eyed Max, who would do anything to protect his little sister Dani, is the grounding force of the movie. He even got the girl in the end!

Katz went on to star in Dallas and the accompanying TV movie, but seems to have retired from the acting world recently. His last credit on his IMDB page is from 2002.

With Max as the grounding force of the movie, Dani definitely serves at the heart. Birch pulled at heartstrings as little Dani, who goes from annoying little sister to everyone’s favorite and sassiest character. She’s the one the Sanderson sisters want at the end, and there was no way Max was going to let history repeat itself.

Birch continues to work regularly, with two movies recently wrapped up and a string of other on her resume. Her most notable role after Hocus Pocus came in 1999’s American Beauty.

It’s not a ’90s movie without a resident school hottie who falls for the new kid in town. Shaw embarks on the journey to rid the town of the Sanderson sisters once and for all with Max and Dani, forming a tight bond with both along the way.

Like Birch, Shaw has been working steadily since the 1993 movie and most recently appeared in several movies. She had a recurring role on Ray Donovan in 2014 and Vegas back in 2013. She also welcomed her first child, a son named Jack, with her graphic designer husband in 2018.

The mummy who saves the night! Jones’s mostly mute performance as Sarah’s ex-boyfriend whom they revive is the most relatable, considering he switched sides at the end before promptly returning to his grave and going back to sleep.

Easily the guy with the most credits to his name, Jones most recently gained acclaim for his role as the fish in the Oscar-winning movie the Shape of Water. The actor is behind some of the most iconic transformations on screen and is a close collaborator of Guillermo del Toro’s.

Larry Bagby as Ernie AKA Ice

It’s also not a ’90s movie without dumb bullies, and Bagby’s Ernie perfectly fits the mold. He even shaved his street name Ice on the back of his head. Classic.

Bagby graduated from being a bully to roles in shows like Saved by the Bell, Buffy the Vampire Slayer and the Young and the Restless, as well as appearances in Ray Donovan and most recently in 9-1-1.

Ernie’s sidekick isn’t as memorable since he didn’t have his named shaved onto his head, but still served as a hilarious gag when they found themselves locked in cages near the end of the movie.

Jelinek has made a name for himself as a TV actor, with recent roles in American Woman, Arrow, Baskets and the first season of Stranger Things.