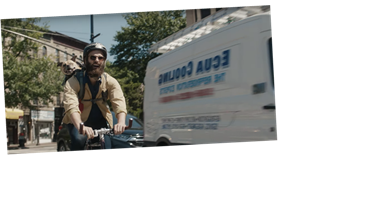 If you’ve been hoping to get more stories from Ben Sinclair’s The Guy and his life in New York City as presented through HBO’s “High Maintenance” we hate to be the bearers of bad news. The show, which finished its fourth season in April of 2020, won’t be coming back for a fifth.

HBO confirmed as much in a statement to TVLine. “Co-creators Katja Blichfeld and Ben Sinclair have decided to take a break from producing ‘High Maintenance’ to pursue other projects. We look forward to hearing what they come up with next.”

This marks the second recent HBO series to set its conclusion. Last week, it was announced that Issa Rae’s series “Insecure” would close out after its fifth season.

“High Maintenance” started as a web series on Vimeo in 2012 before being acquired by HBO and airing in 2016. The show followed Sinclair, a marijuana dealer, as he shares stories about the lives and people he encounters throughout New York City.

The creators were open about the struggles of transitioning the web series to HBO, especially when the series moved into the network’s coveted Sunday night timeslot. “I was bummed when we got moved to Sunday, a little bit,” Blichfield said during IndieWire in 2019 before Season 3 premiered. “I liked being the weirdos on late-night Friday night, and I’m very intimidated by the Sunday night timeslot.”

In Jude Dry’s review of Season 4, they said, “‘High Maintenance’ is still riding high. While certain vignettes will always resonate more than others, early episodes of Season 4 prove that creators Ben Sinclair and Katja Blichfeld still have plenty of stories to tell — some of them downright transcendent. While last season saw Sinclair’s The Guy exploring his desires more than any previous seasons had, Season 4 (at least the first two episodes provided to critics) returns him to the periphery, where he was during the show’s early web series days.”

There’s no current word on what Blichfield and Sinclair are hoping to do next. Back in 2019, they admitted they were never satisfied with their work but tried not to take it too seriously. “Not every single one can be the most amazing,” Blichfield said. “There are going to be standouts, always, so why does it matter more now?” “We’re not killing ourselves over this,” Sinclair added. Both said they feel capable of doing more than what they’re producing now, but also they’re just detail-oriented people focused on always improving.