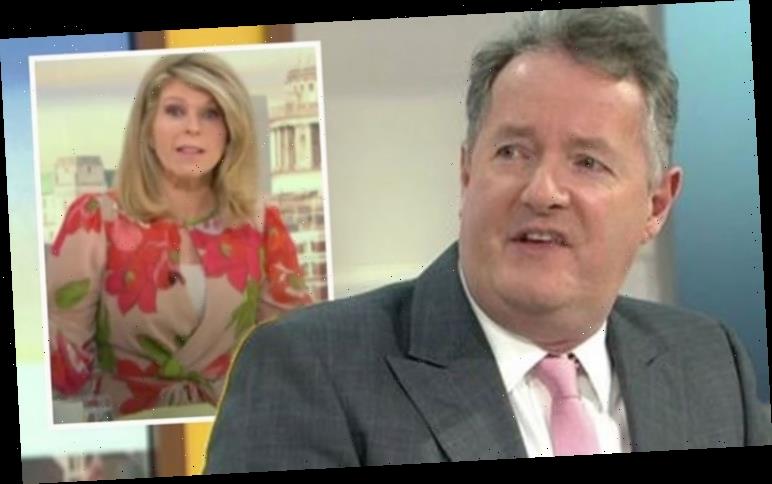 Kate Garraway, 53, and Ben Shephard, 46, were on hand to host Thursday’s edition of Good Morning Britain, less than two days after it was announced Piers Morgan, 55, would no longer appear on the show. This was the first time the mother-of-two had appeared on-screen since the news made the headlines and she took the opportunity to praise the outspoken journalist. The ITV presenter spoke passionately about her former co-star and how he has supported her through her pain of seeing her husband Derek, 53, lying in a hospital bed since contracting coronavirus last March.

Thursday’s hosts began the show by addressing their colleague’s exit, with Ben joking that “not a lot [had been] going on.

“You were friends with him before? And I know he’s been very supportive to you and the family with everything you’re going through with Derek,” he told Kate.

The mother-of-two replied in defence of her former co-star: “That’s the thing about Piers, he is very passionate.

“He does fly kites and have debates but it always comes from a place of authenticity, he always believes in what he says.” 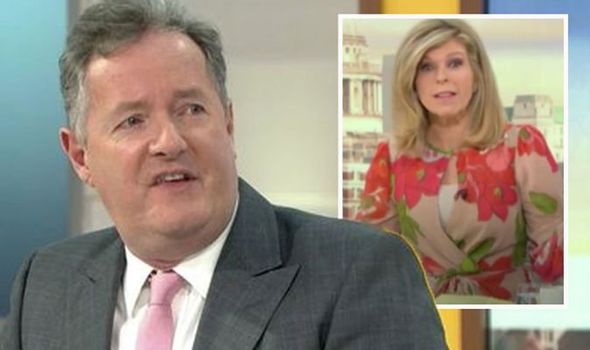 “And he’s left, he’s decided to quit and has he put it himself, ‘fallen on his sword of free speech’,” Kate continued.

“But as you rightly say, I’ve known him a long time before this programme, our friendship will go on, our personal friendship.

“And he’s been very supportive of me personally,” she continued, explaining how he helped her through her heartbreak over Derek.

“But yeah, it’s a different show but the show goes on,” the presenter added but she wasn’t the only one to praise the former host.

Dr Hilary Jones, 67, offered his words of support to Piers, telling Kate and Ben: “He supported the NHS and he championed the fact that they were under the cosh, he offered to pay their parking fines, and he did.

“He had a very generous heart,” the medical professional added to which Kate then said: “He still has Hilary! He’s still here, he’s just not in the studio.”