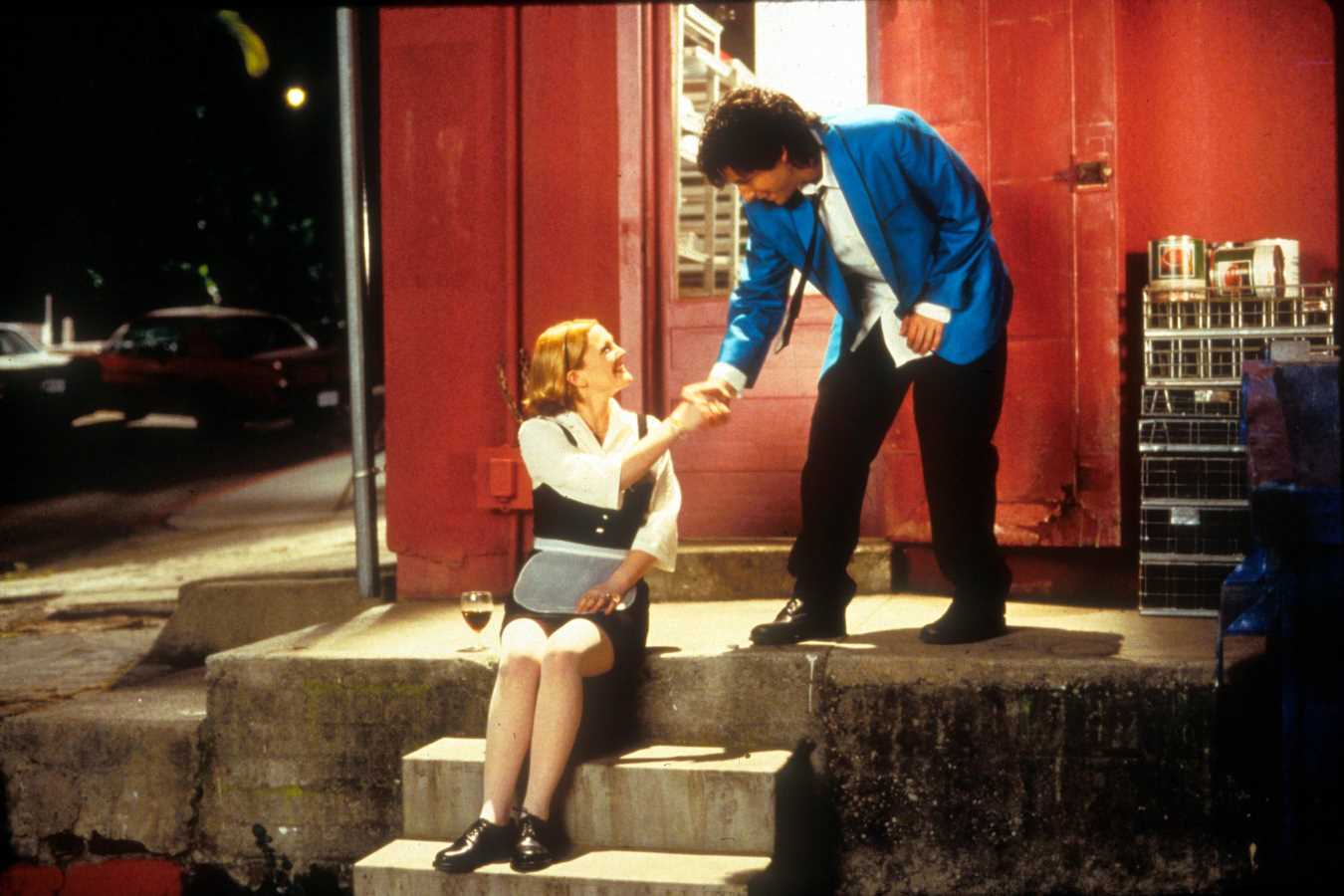 Adam Sandler’s Murder Mystery, with costar Jennifer Anniston, was watched by over 30 million Netflix accounts in its first weekend. Revisit some of his best romantic comedies

Adam Sandler worked with go-to costar Drew Barrymore for the first time on this 1998 movie, in which he plays a wedding singer who falls for a waitress in the ’80s.

Sandler linked up with Emily Watson in Paul Thomas Anderson’s woozy 2002 romance, where he plays a depressed man with seven mean sisters who finds love with one of his sister’s co-workers (Watson).

Sandler and Barrymore rejoined forces in 2004, when he played a man who starts his relationship over every day with a woman (Barrymore) who suffers from short-term memory loss.

In Sandler’s third movie with Barrymore, the two play divorcees who fall in love on separate family vacations at the same resort. The film came out in 2014.

Sandler and Téa Leoni played a married couple in this 2004 movie, which tells the story of their housekeeper’s sacrifices for her daughter.

Just Go With It

Sandler’s first effort with Murder Mystery costar Jennifer Aniston finds him playing a plastic surgeon who develops feelings for his assistant after he convinces her to pretend to be his wife on a trip to Hawaii. The movie co-starred Nicole Kidman and came out in 2011.