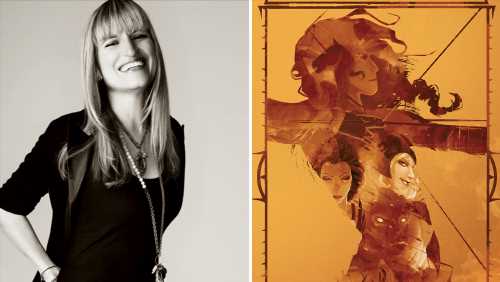 Director Catherine Hardwicke (Twilight, Red Riding Hood, Thirteen) will helm the fantasy-adventure epic Heathen for Constatin Film and Prime Universe Films. The project adapts the namesake Vault Comics series  that centers on Aydis, a fierce Viking warrior who is scorned by her village for kissing another woman and, after much suffering, declares war on Odin himself.

The acclaimed series by Natasha Alterici weaves feminism and queer themes into Norse mythology and promises a Viking film unlike any previous one in Hollywood annals. Created, written, and drawn by Alterici, Heathen tells the story of Aydis, who is born into a time of warfare, suffering, and subjugation of women, and takes on a mission to end the oppressive reign of the god-king Odin. The comics depict risqué sequences among them Aydis’ abduction by the Norse love goddess Freya.

off a script by Kerry Willamson, whose credits include Tyler Perry’s Alex Cross and the Netflix film What Happened to Monday? Williamson is at work now on an adaptation of the bestselling fantasy series Sandman Slim  for director Chad Stahelski (John Wick films) and Studio 8.

With Hardwicke set to helm, the producers are moving in crisp fashion to put the film together. Hardwicke was represented on the deal by CAA, manager Dan Halsted, and the law firm of SOWD, LLP. Nick Hanks, the Sr. EVP of Business Affairs, handled the deal on behalf of Constantin.