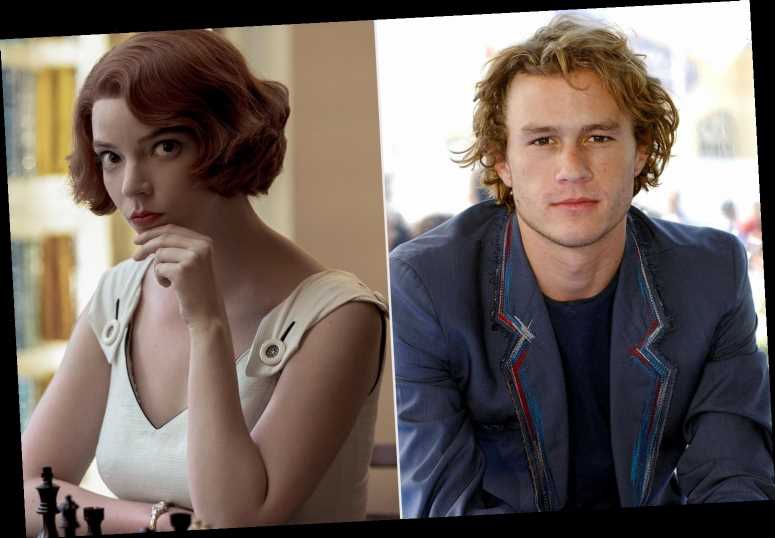 Years before The Queen's Gambit became Netflix's latest sensation, late actor Heath Ledger was passionate about making his directorial debut with a film adaptation of Walter Tevis' novel of the same name.

Back in 2007 and early 2008, Ledger had wanted to direct a film adaptation, with a screenplay written by Allan Shiach, who eventually co-created the Netflix miniseries. Shiach told the U.K.'s The Independent that he talked to several directors before landing on Ledger, who connected to the film.

“He was passionate about it; he was an intense, interested young man and I was drawn to him immediately. We spoke and spoke about the project over the phone, and then eventually got round to meeting up over it towards the end of last year," Shiach said at the time.

Ledger eventually became engrossed in making the film and had even sent the script to Ellen Page, with hopes she'd star as lead character Beth Harmon.

“We spent a lot of time over the last three months working on his vision,” Shiach added in 2008. “I did draft after draft and he gave his input and we met several times in New York and here, where he was spending a lot of his time. We had got to the stage where we had sent the script to Ellen. Heath was full of ideas for the other cast, mainly from his list of acting friends. We were planning to make a movie at the end of 2008.”

Months before production was to start, Ledger died in January 2008 of an accidental prescription pill overdose. He was 28. Over a decade later, the Netflix show, set in the 1950s and 60s, stars Anya Taylor-Joy as the fictional Beth Harmon, an orphan and chess prodigy who is determined to break into the male-dominated world of competitive chess. As a child, Beth was force-fed pills at her orphanage, leaving her with a drug addiction that complicates her ascent to world-class chess champion.

The adaptation, which premiered Oct. 23, has been met with praise from both fans and critics, with a Boston Globe reviewer calling it "a transporting tale of an extraordinary life and a window onto a world of addiction and empowerment, pawns and queens."

The show has specifically been lauded for the entrancing chess-playing scenes, which showcase the incomparable genius of the characters. Taylor-Joy, a dancer, compared those scenes to dance routines she had to master.

"Essentially I learned all of the sequences like dances and because I'm a dancer," she told Wired. "That was helpful in terms of remembering how everything worked out."