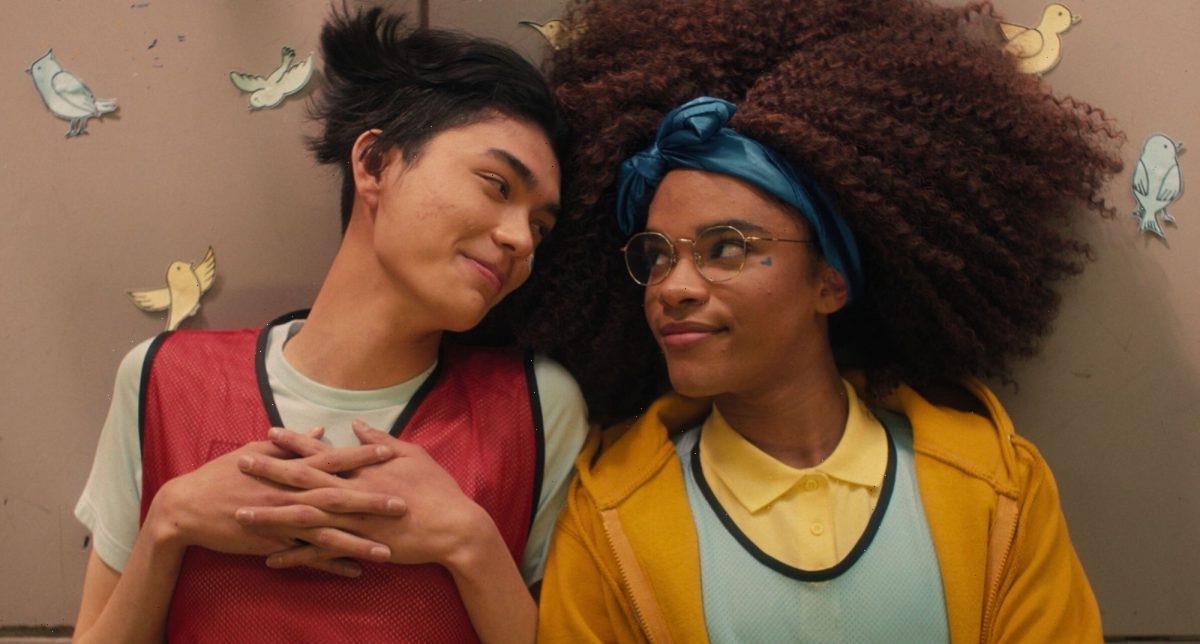 Not all eyes are on Nick Nelson and Charlie Spring’s love story in Heartstopper. The Netflix series made a point of including a diverse cast, characters, and LGBTQ stories. Heartstopper actors Yasmin Finney and Will Gao play supporting roles as Charlie’s friends, Elle Argent and Tao Xu. The budding new actors embodied the roles perfectly but revealed Netflix’s casting call effectively surprised them, but for a good reason.

Alice Oseman’s graphic novels tell an optimistic view of LGBTQ characters, relationships, battles, and friendships. In Heartstopper, Charlie Spring (Joe Locke) has a small group of friends he relies on. One of them is Tao, who calls himself Charlies’ “token straight friend.” He is of Asian descent and takes it upon himself to protect Charlie.

Charlie’s other best friend is Elle. In the first episode, fans learn she has recently transferred to the all-girls school. Heartstopper does a great job of not forcing audiences to understand what is going on in realizing Elle switched schools after coming out as transgender.

Elle has some trouble making friends at her new school. But Tao keeps her up to date about the friend group. As the series progresses, Elle and Tao start to spend more time together. Charlie is preoccupied with Nick and Isaac (Tobie Donovan) making excuses not to attend hangouts.

Elle starts to see Tao in a new light beyond being best friends. Tao is oblivious to the truth but slowly realizes how important she is to him. Heartstopper delves into another LGBTQ romance, and fans will be interested to learn why Finney and Gao were surprised when seeing the cast call for their characters.

In an interview with Attitude Magazine, Oseman needed a diverse cast that perfectly embodied the characters the audiences needed to relate to. Executive producer Patrick Walters explained, “There was never any option but to cast authentically. But there was also a worry if we’d find these people, and we knew that if we didn’t find them, we couldn’t make the show.”

Part of the process of making Heartstopper was being truthful during the casting call, which shocked Finney and Gao. Finney told Attitude Magazine she saw the open casting call for Elle on Instagram.

“They required it to be a trans girl of color, which I’ve never seen before. I never thought Netflix would ever do that. So I’m just really happy that, you know, we’re definitely coming to a good place with casting, and we’re getting more diversity and more queer people in front of casting directors.”

Gao had a similar experience when seeing the casting call for Heartstopper’s Tao. “It was interesting seeing the casting call because it said they’re looking for an East Asian or mixed East Asian actor to play Tao,” explained Gao. “I’ve never seen that in my life. I’ve never seen that kind of casting in a sentence. And that’s just indicative of how specific they were. ‘We really want this show to be diverse.’”

Yasmin Finney and Will Gao find similarities with their ‘Heartstopper’ characters

Fans on Twitter love Finney and Gao’s on-screen representation of their characters in Heartstopper. One fan on Twitter commented, “no bc yasmin finney as elle argent changed the trajectory of my life.” Not only do fans relate to the characters, but Finney saw herself in Elle.

“I relate to Elle in so many ways just because of high school because she moved high schools because obviously, she transitioned. I moved because I was getting bullied and my hair length and also the same with her, like, her hair length was a problem in school,” explained Finney. “So there’s just so many things that delve into as a trans person in high school that would never usually be seen on screen.”

Gao explains he relates to Tao because of the big changes he goes through. In Heartstopper, Tao has to deal with Elle in another school, and Charlie spends less time with him. The actor says high school is when there is a fear of change and changing friend groups.