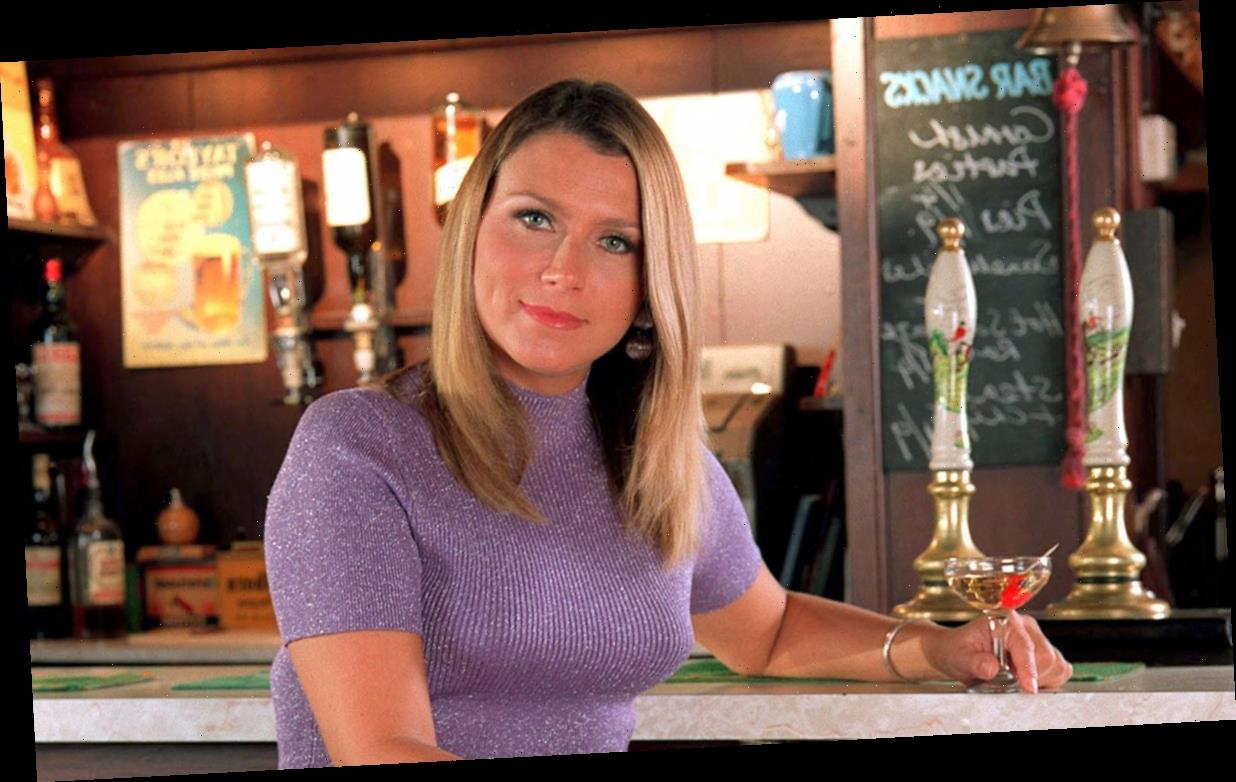 Heartbeat was a staple on TV during its peak. The police drama, which ran for 18 years from 1992 until 2010, made many cast members a household name – some of whom remained regulars throughout its 18 series.

MORE: Who is Heartbeat star Aislin McGuckin and where is the actor now?

Tricia appeared in the ITV drama for 17 years

Tricia Penrose, best known for playing landlady Gina in the ITV programme, was one of those familiar faces, but it seems the actress has moved onto a rather difficult career. Posting on her Twitter, the former Heartbeat star uploaded a picture of herself stood in front of a beach bar, informing her followers of her new venture.

MORE: Did you spot this Hollywood star in Heartbeat?

The actress posted this photo to her Twitter page

Tricia wrote in the caption: “I’ve got a bar to run,” along with a red love-heart emoji. Plenty of her followers were thrilled about her new exciting project. Fellow actress Catherine Tyldesley, known for playing Eva Price on Coronation Street, wrote in the replies: “Looking bloody fabulous xx.”

Meanwhile, other fans of Tricia’s couldn’t help but make comparisons to her former role as a landlady. One person quipped: “Not sure the locals would have approved if Gina had worked behind the Aidensfield Arms,” while another wrote: “Obviously not on the Yorkshire Moors!” Another fan was unsure if Tricia’s post was real, they wrote: “Holy moly! That isnt real. Nooo wayyyy.”

Tricia became a beloved character during her tenure in the show as Gina. She joined in series two and remained part of the Heartbeat furniture until the end in 2010. Her character had quite the complicated love life during the show, and it certainly wasn’t without its drama. PC Phil Bellamy was the greatest love, to whom she was engaged, but she also had relationships with other officers and also had an affair with Andy Ryan in the show. Gina then became a widow after PC Bellamy’s death, and later gave birth to their son towards the end of series 17.

In more recent years, Tricia has made a number of TV appearances. In 2013, she appeared as a housemate on Celebrity Big Brother (along with Rylan Clark and Heidi and Spencer Montag). She’s also appeared as herself on shows like Big Star’s Little Star and Celebrity Pointless.