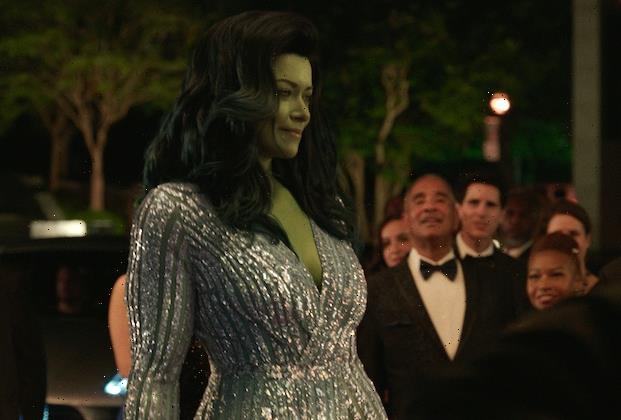 It’s already been revealed that She-Hulk: Attorney at Law will get a visit from Daredevil aka fellow legal eagle Matt Murdock, again played by Charlie Cox. But does the Disney+ series have any other MCU faves waiting in the wings…?

And as has been well promoted, Benedict Wong of the Doctor Strange films and Shang-Chi and the Legend of the Ten Rings soon will show up as Wong, Supreme Sorcerer.

Still to come is the aforementioned re-introduction of Daredevil, whose costume Cox last donned in the eponymous Netflix series. Since then, Cox has made a crowd-pleasing cameo as Matt in Spider-Man: No Way Home, and he now is due to headline Disney+’s Daredevil: Born Again, which is on track for a Spring 2024 release.

But beyond Daredevil’s arrival, which would seem to happen in the back half of She-Hulk‘s nine-episode season, does head writer/executive producer Jessica Gao have another ace hidden up her sleeve? A surprise MCU cameo to rival (or even top) the Man Without Fear?

“No, I don’t want to set people up for disappointment,” Gao told TVLine when asked about the possibility of other big cameos from the existing MCU. “But I will say that the remaining cameos are cameos from the comics, characters that haven’t been seen before in the MCU” — some of which have been spotted in frames from recent trailers and promos

Kat Coiro, who directed Episodes 1-4, 8 and 9, echoed that sentiment, telling TVLine that “Daredevil remains the biggest surprise that we had, which we let out of the bag at Comic-Con.” Though she is very glad that surprise is already sprung!

“I am telling you, the relief I felt seeing him pop up on that screen in front of all the fans was so huge,” Coiro said, “because for almost a year I’ve been carrying this secret, and I was finally able to breathe.”

Want scoop on She-Hulk, or for any other show? Email [email protected] and your question may be answered via Matt’s Inside Line.