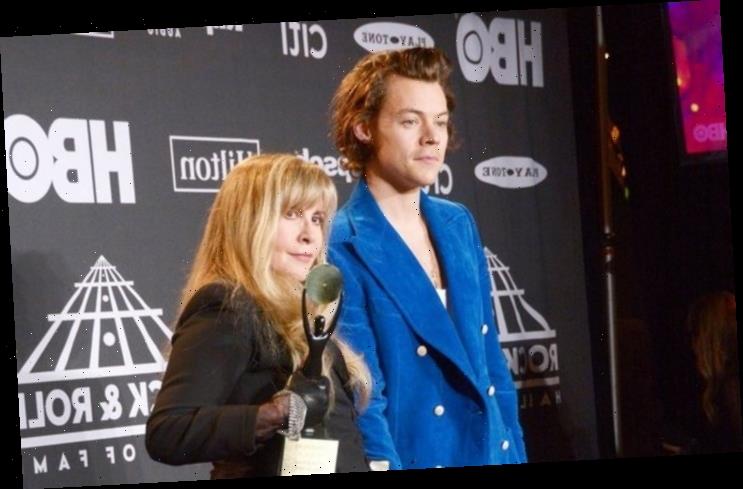 The ‘Watermelon Sugar’ hitmaker is being courted by the Fleetwood Mac frontwoman to play one of the lead roles in her passion project inspired by her classic hit.

AceShowbiz –Stevie Nicks has finally inked a deal to bring her long-awaited “Rhiannon” mini-series to screens – and she’s already settled on Harry Styles for a starring role.

The Fleetwood Mac frontwoman has had hopes of making a movie about the Celtic deity Rhiannon ever since a fan sent her four novels on the folklore following the release of her 1975 classic hit, “Rhiannon”.

She later obtained the rights to author Evangeline Walton’s adaptation of the ancient Mabinogion and, speaking to the Los Angeles Times, she teases further details of the project.

The mini-series, she says, will feature 10 unreleased songs written by Nicks, with former One Direction star Styles “definitely in the running” to star in the show.

“I’m going, ‘Harry, you cannot age one day. You have to stay exactly as you are.’ I’ve already sold him on it,” she laughs.

Nicks and Styles are close pals – he invited the rocker and a group of her pals to his home for a playback of his second album “Fine Line” ahead of its release, and she later joined him onstage at The Forum in Los Angeles for his “Fine Line” album release show.

“(It was) a huge thrill, because he made a choice to be a rock ‘n’ roll star and not a pop star,” she reflects. “That was a risk for a guy from a boy band. That was like Fleetwood Mac doing Tusk after Rumours. I was very proud of him.”

While details of the project are still scarce, Nicks revealed she had been recording music for the project based on a collection of poetry she’s amassed over the last 30 years.