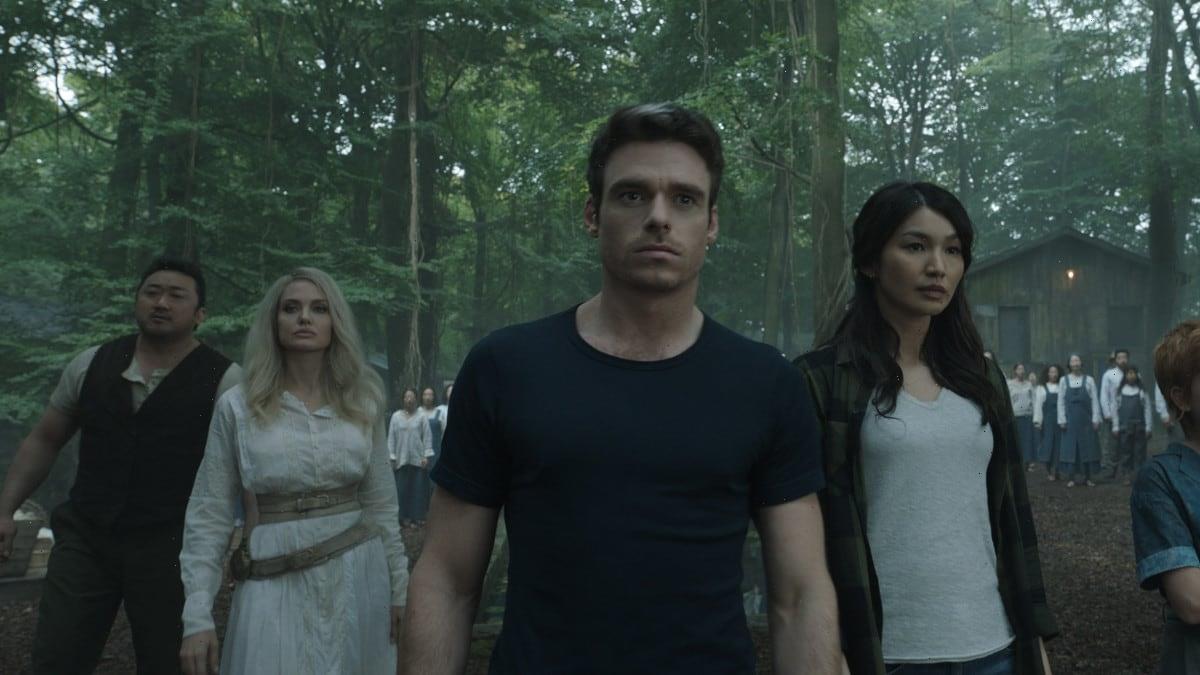 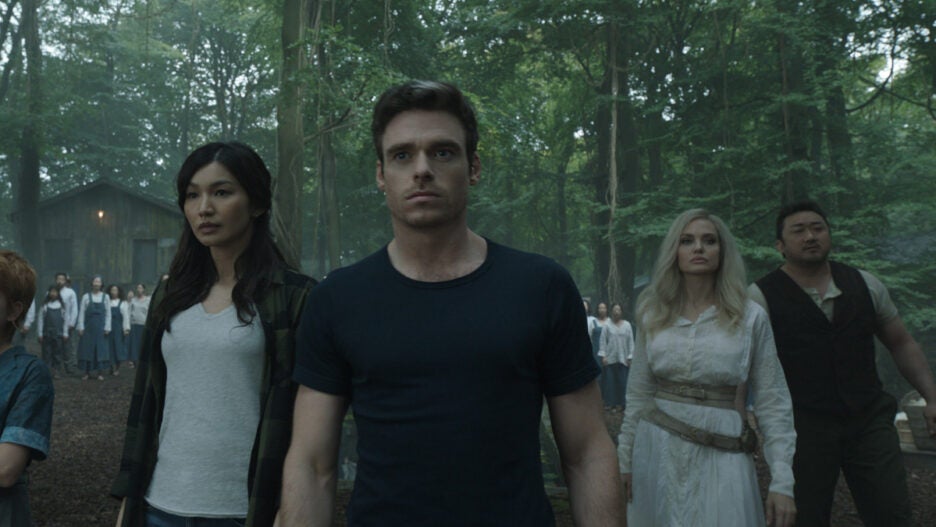 The mid-credits sequence for “Eternals,” Marvel Studios’ latest super-sized blockbuster, definitely veers into some different territory, with a tone closer to the studio’s “Guardians of the Galaxy” franchise. This is when a certain pop singer shows up (a surprise spoiled weeks ago on social media by premiere attendees), upending the dynamic of the movie and – potentially! – the Marvel Cinematic Universe itself. Here’s all you need to know about that surprise appearance and what it could mean for the franchise going forward.

Our Story So Far 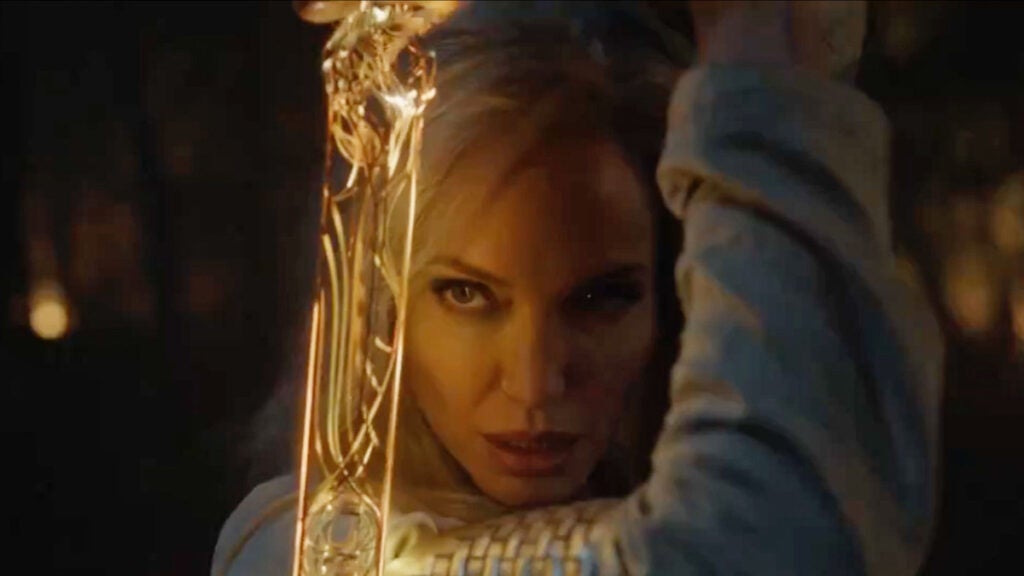 Before we get to Harry Styles, let’s take a moment and recap. “Eternals” is the story of a band of super-powered beings (later revealed to be automatons created by intergalactic deities) who are tasked with maintaining order on Earth. Chief amongst their concerns: keeping a race of gooey monsters called Deviants in check. There are 10 Eternals we follow in the film – Sersi (Gemma Chan), Ikaris (Richard Madden), Kingo (Kumail Nanjiani), Sprite (Lia McHugh), Phastos (Brian Tyree Henry), Druig (Barary Keoghan), Gilgamesh (Don Lee), Ajak (Salma Hayek), Thena (Angelina Jolie), and Makkari (Lauren Ridloff). Each member has a specific and unique power, as well as a very fancy outfit, all using the embossed gold iconography that has become ubiquitous thanks mostly to the movie’s elaborate marketing campaign.

By the end of the movie, they have discovered that they were actually aiding mankind in an effort to insure that a new intergalactic deity, dubbed a Celestial, can be born from within earth. But this is a painful birth – one that will wipe out all of humanity. As it turns out, the Eternals aren’t police offers as much as they are groundskeepers, making sure that the conditions are right for a new Celestial to emerge. Some of the Eternals rebel, while others fight to make sure that the new Celestial can safely emerge. Ultimately, the Celestial is killed, earth remains alive and well, and they’ve even managed to thwart the return of the Deviants via a Deviant that has been killing off some of the Eternals (RIP Gilgamesh) and “upgrading” his powers. It’s … a lot.

With earth now safe, some of the Eternals return to protecting, others return to their lives before their re-recruitment to fight the Deviants/uncover the truth about their own powers, while still more of them hop in their spaceship to find out even more about where they came from/what else is out there.

So, What Actually Happens?

Midway through the end credits of “Eternals,” we flash back to Thena, Druig, and Makkari, cruising through space their Kit Kat-shaped spaceship the Domo. As they glide through the cosmos, a pair of new, previously unseen characters board the ship, teleporting directly in front of them. The first character is a small fantasy character known as Pip the Troll. Voiced by Patton Oswalt (star of the recent Marvel TV animated series “M.O.D.O.K”), Pip the Troll was first introduced in an issue of “Strange Tales” back in 1975. Canonically, he’s more closely associated with Adam Warlock (Will Poulter was recently cast as the character for “Guardians of the Galaxy, Vol. 3”), but his back story is too complicated to recount here. Basically, he’s a weird little space dwarf and in this scene he appears to be very drunk. That’s all you need to know and that’s more than the brief scene gives us.

Pip is going on and on about his squire, who is the brother of the mad titan Thanos, hero of the galaxy, and, more importantly, a fellow Eternal. And then … he appears, portrayed by Harry Styles. Blimey! 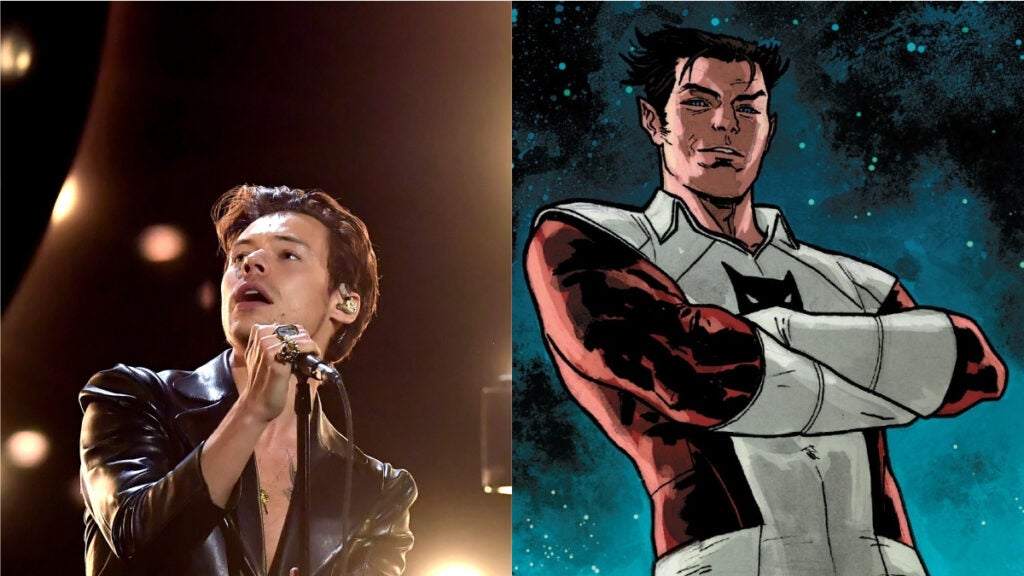 Styles plays Eros of Titan aka Starfox (Pip uses both names when giving his longwinded introduction). He is dressed in a very similar uniform to the rest of the Eternals, although with slightly more flair (and much more gold), and unlike his brother Thanos is not purple or alien in any way. He’s just a handsome little chap.

Like Pip, Starfox was created by the legendary Jim Starlin. He was introduced into the comic bloodstream slightly earlier than that troll, however, first appearing in “The Invincible Iron Man” #55 in 1973. Starfox’s Eternal-y power is that he can control other peoples’ emotions. He was also, apparently, a member of both the Avengers and Dark Guardians superhero teams at different points in his comic book career.

How he is supposed to fit with the other Eternals from this movie is anybody’s guess, although he is surely joining the team (and they could use it, considering that several of them didn’t survive until the end of this movie). Or maybe he’ll just join them on their intergalactic voyage. The scene honestly feels more like something out of one of the “Guardians of the Galaxy” movies than anything from “Eternals,” with its irreverent tone, colorful computer-generated sidekick and 70s A.M. rock soundtrack (the scene is scored to Foreigner’s 1977 single “Feels Like the First Time”). And it’s enough to wonder if Starfox will make an appearance in the upcoming “Guardians of the Galaxy, Vol. 3” before he joins another “Eternals” outing.

And remember, this is one of two end credits scenes…