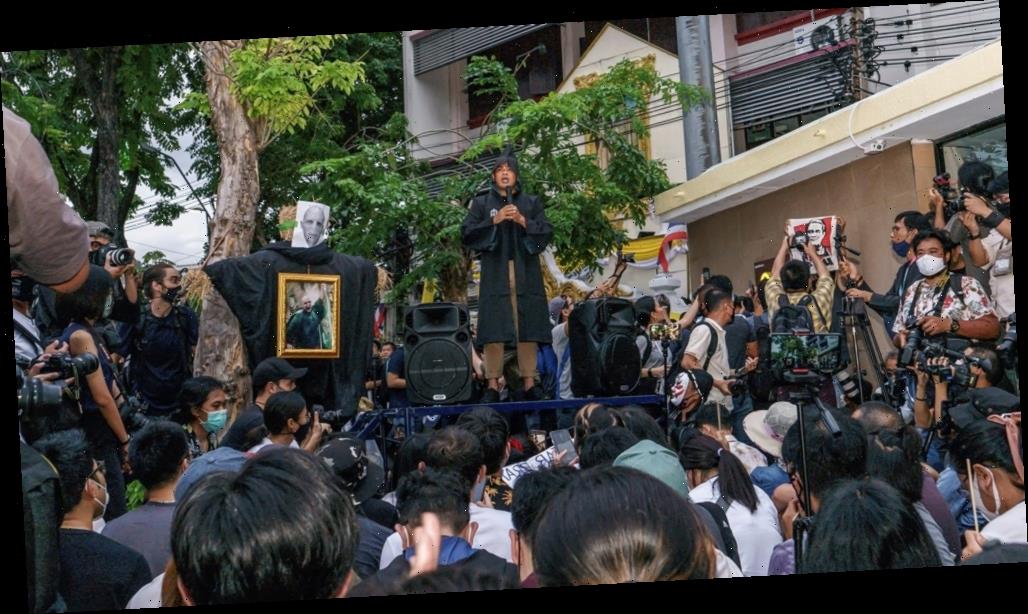 Several dozen young protesters took to the streets of Bangkok on Monday dressed in Harry Potter costumes. They claimed to be casting a spell for democracy.

The demonstration was held opposite the city’s Democracy Monument and was organized by students from Kasetsart University and Mahanakorn University of Technology.

While Thailand has recorded relatively few coronavirus cases compared with neighboring countries in South East Asia, the economic and social impact of lockdowns has laid the government open to widespread criticism.

And as the virus control and social distancing measures have been progressively relaxed, protesters have taken to the streets. Many are calling for the removal of the coalition of military-backed parties that have formed an elected government to replace the military junta that led a coup in 2014 against the previous democratic regime.

Organized on social media, flash mobs have emerged around the country for the past three weeks. They have shown high degrees of colorful creativity, often referencing pop culture, and dissipated before they are troubled by the police.

Monday’s rally was dubbed by some as “Harry Potter versus He-Who-Must-Not-Be-Named.” That’s a reference to the Voldemort character in J.K. Rowling’s Harry Potter stories, who is so evil that other characters dare not say his name.  But in Thailand that is also understood to be a reference to the King Maha Vajiralongkorn, who is protected from criticism by some of the world’s most draconian “lese majeste” laws.

The lese majeste law itself — number 112 on the Thai Criminal Code — is often referred to in Voldemort-like terms. Many simply refer to the law as 112, and humorously illustrate their point with the logo of a popular pizza delivery firm with the same phone number.

The students argue that the current government, headed by former general Prayut Chan O Cha, is part of a conservative military-royal elite which is holding back the country’s development. They are calling on the government to dissolve parliament, stop intimidating activists and to rewrite the constitution.

Monday’s gathering was addressed by lawyer and political activist Anon Nampa, who daringly called for a public debate about the monarchy. “Talking about this is not an act to topple the monarchy, but to allow the monarchy to exist in Thai society in the right way and legitimately under a democratic and a constitutional monarchy,” he said.

Multiple other grievances have surfaced recently, highlighting the gulf between the rich and powerful and the country’s masses. It recently emerged that a group of military officers visiting from Egypt were allowed to enter the country without health screening and that several broke quarantine, including one who tested positive for COVID-19.

The case of the Red Bull heir Vorayuth “Boss” Yoovidhya, who is believed to have been involved in a fatal 2012 hit-and-run incident, has proved particularly inflammatory.

Authorities appear to have conspired with billionaire Yoovidhya to run down the statute of limitations on the offences, and late last month the police announced that they had withdrawn the charges. A man who claimed to be a witness to the collision subsequently came forward, but was himself killed in a traffic accident just days later.