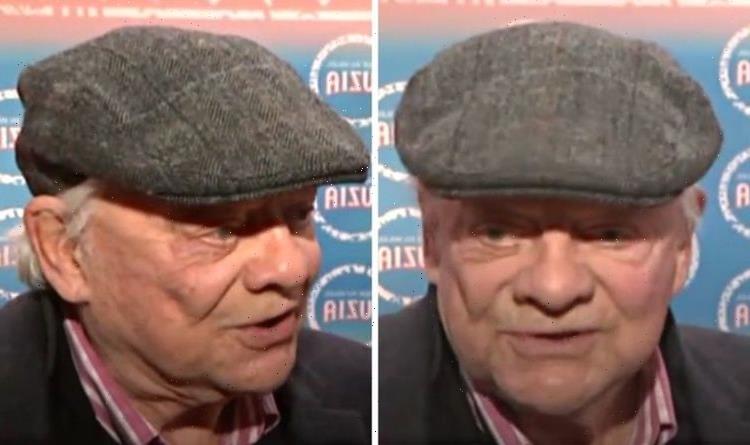 David Jason discusses stunts in Only Fools and Horses

Speaking to ITV’s Good Morning Britain from Cirque du Soleil’s 2022 show, which premiered at the Royal Albert Hall on Thursday evening, Del Boy actor David Jason explained one stunt he’d had to undertake for the hit BBC sitcom Only Fools and Horses involved flying a hand glider. He described the stunt as “pretty scary” despite being a qualified pilot.

As Good Morning Britain presenters Kate Garraway and Ben Shephard discussed the show with entertainment editor Richard Arnold, they showed a clip of the 81-year-old actor on the red carpet.

“When I did Fools and Horses, I had to do one of those skydivers,” he recalled.

“And they had to fly that. Well, I can fly, I’m a qualified glider pilot, and I also can fly helicopters.

“But back then, to fly one of those things, which was hanging in the air by the shirt of your pants, hand gliders. Well that was pretty scary, I must admit.”

He added: “So I’ve done quite a lot of stunts if you like, entertaining you people and the good people out there.”

“Were you at Cirque du Soleil last night?” Ben asked Richard, who replied he wasn’t.

“I was face down in my local, so we sent a correspondent out to cover the red carpet.”

“It did look like a great one to be at though, didn’t it?” Kate commented.

“Yes, you’re right – it’s great news,” Richard replied. “The back-flipping aerial spectacular that has captivated audiences worldwide Cirque du Soleil is Covid-secure and back with a bang after two years, with a brand-new show called Luzia, which is inspired by the richness of Mexican culture.

“Last night, the show premiered at the Royal Albert Hall, where a host of famous faces rocked up to the red carpet.

“The actors put themselves through rigorous training in the shows, we thought we’d ask them how far they pushed themselves in the name of entertainment.”

He joked: “Getting married, having children, doing the hoovering, emptying the dishwasher – I do the ironing, as well.”

“He’s a grafter,” Richard remarked, before adding to Ben: “You’d be brilliant at it, I can see you [on the show].

“Many years ago, I did get to do some training with Cirque du Soleil and it was incredible,” the host replied.

The scene described by Jason involved a classic scene in which Del Boy decided to go hand gliding.

Sir David recently opened up about the iconic three-wheeled car used in the show.

“It was probably the most uncomfortable, noisy, smelly car ever,” he told Saga Magazine.