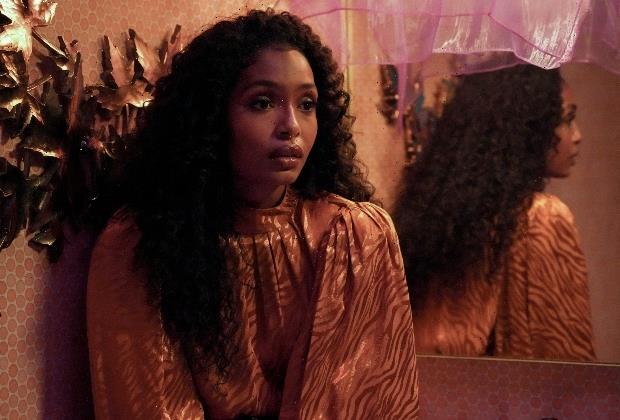 It wasn’t a good sign that Zoey agreed so quickly to go with Aaron to South Africa on Thursday night’s grown-ish.

When her on-again boo asked Zoey when she would tell her dad, Dre, Zoey said she would do do after the plane landed in Johannesburg, and the pair giggled like naughty children. Making matters more problematic, Zoey decided to interrupt Aaron’s farewell speech at his going away party by announcing she was going with him. This news shocked and disappointed her friends, especially Jazz and Nomi, who wondered why she was putting her fashion dreams with Luca on hold to chase after romance.

At first, Zoey defended her choice and said she had made it because she didn’t want Aaron to feel like she was choosing Luca over him again. When Nomi reminded Zoey that Aaron had dumped her, Zoey said he only broke up with her to work on himself, and now that he had his proverbial act together, they could be together.

Clearly, Zoey was trying to convince herself just as much as she was her friends, because the minute she started packing for Joburg and looked at the jacket she designed while working for Esme and the coat she created with Luca, doubt set in and she knew what she had to do. When Aaron came to say goodbye before boarding his flight, Zoey came clean about not coming to South Africa after all. 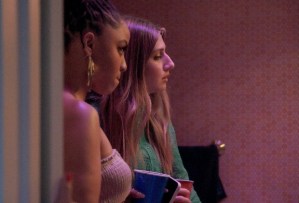 Aaron didn’t understand why Zoey had changed her mind and not told him sooner. Zoey admitted the fact that Luca was involved in her decision, albeit not romantically but professionally, made her worry about how Aaron would react. She also told Aaron she loved him and would miss him before he walked away angrily, only to run back to her arms.

A love-drunk Aaron then gave Zoey a gold necklace with a pendant shaped like Africa and professed his love for her, too. He said he would miss her as well and would be supporting her from a far the way she did for him after they broke up. Zoey then went to Luca and asked if the opportunity to move to New York and work with Anti Muse’s investor was still on the table, and Luca happily revealed that it was. 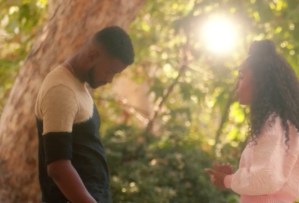 With only a week away from Zoey’s graduation with her besties in the Season 4 grown-ish finale, chances are this is not the last we will see of #TeamZaaron, fashion line or not.

Elsewhere in the episode: Doug pined for Jazz but didn’t say anything because she’s kind of back with Des, Nomi fought with Phil over Luna because Nomi got accepted into Yale Law School and Phil doesn’t want to move again, and Vivek bought Aaron the ugliest painting ever as a going-away gift.

Do you think Zoey will ultimately end up going to South Africa or do you think she’s New York bound? In other words, once again, are you #TeamZaaron or #TeamZuca? Drop your thoughts in the comments.