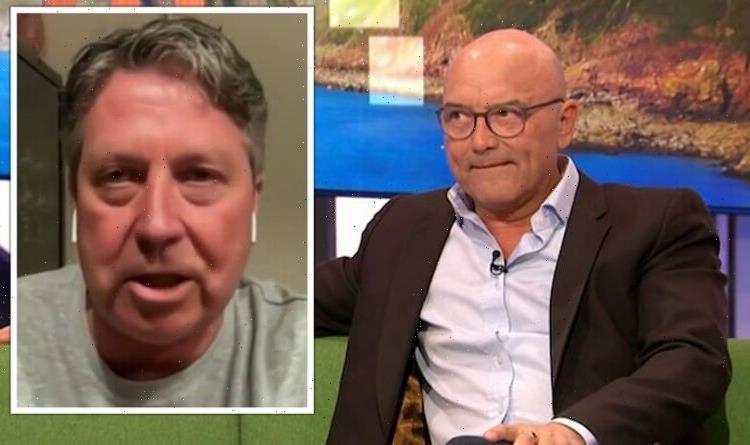 MasterChef’s straight-talking presenters Gregg Wallace and John Torode featured on Wednesday’s instalment of The One Show ahead of the new series of the cooking show airing on BBC One. During their appearance, host Emma Willis probed the chefs about the costs of fuel, energy and food continuing to soar. So Greg advised viewers on a change they can make to their routine which he claimed could help with their food costs.

Emma asked about how the imminent rise in food prices will impact people across the nation in the wake of Chancellor Rishi Sunak’s Spring Statement.

She said: “Food prices are going through the roof, so have you got any tips or tricks [to help]?”

Gregg explained as well as being part of Masterchef, he has also starred on the BBC One programme Eat Well For Less.

He offered some words of advice to people who are concerned about covering their food costs.

Gregg said: “Food prices are rising, there’s no doubt about it, please everybody plan.

“Plan what you are going to eat throughout the week and that way you will save yourself a fortune.

“We go out and think to grab some mince or a chicken, or sausage or steak.

“Sit down and plan what you are going to have for the next seven days. Go out and buy that.”

He added: “Two things will happen. You will cut down the waste and help save the planet and you will save yourself a small fortune.”

John chimed in: “I think you need to learn how to cook leftovers, I think we forget about it.

“When I was a kid growing up we’d get a roast chicken on a Sunday and have something from the roast chicken leftover on a Monday.

“We have to use our food a little bit more as well, and I think Gregg is right.

Emma agreed with the two chefs and admitted she was better at planning her meals with her family during lockdown.

Their conversation comes after the chancellor unveiled his plans to battle the soaring cost of living in his Spring Statement.

The Government has been facing increasing pressure to help combat rising household prices, with prices increasing 6.2 per cent in the 12 months to February – the fastest for 30 years.

However, Labour said the Conservatives had failed to recognise the impact of the cost of the living crisis on families.

The One Show continues weeknights at 7pm on BBC One.