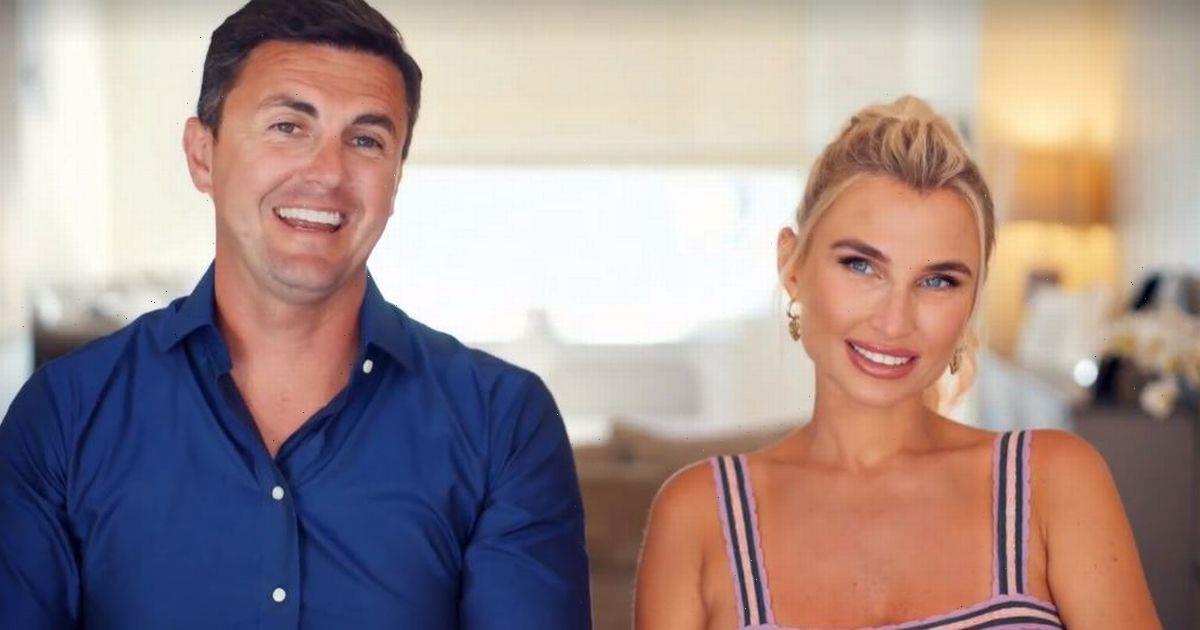 Greg Shepherd has said he feels like he’s “made it” as his famous wife Billie, 32, was asked to “step aside” on the red carpet so snappers could get photos of the dad-of-two on his own.

During this evening’s episode of Billie & Greg: The Family Diaries, the married pair are seen making their way to the British Soap Awards 2022, where they presented an award.

Ahead of their presenting duties, Billie and Greg hit the red carpet for photos. It was here that Greg, 37, got his moment in the spotlight.

“Finally, I’ve made it,” he told the camera on their show. “[Photographers] asked Billie to step aside at the end for singles with me.”

Greg beamed: “That is the first time that’s ever happened. I’ve made it – that’s it.”

The happy couple then proceed to present the award for ‘Best Family’ at the awards ceremony, which went on to be awarded to Emmerdale’s Dingle family.

“Who knows, we could be the next Holly and Phil,” he said to Billie.

Rolling her eyes and laughing, Billie expressed her doubts of that happening. The pair’s soap awards appearance came shortly before Billie and Greg announced the happy news that they’re expecting their third child together.

The proud parents, who wed in 2019, are already mum and dad to Nelly, seven, and five year old son Arthur.

Billie wore a stunning lilac ruffled dress for the soap awards prior to her announcement, successfully hiding the expectant mother’s blossoming bump.

In the last season of Family Diaries, Billie revealed that their two kids had been nagging for a sibling.

“I’ve had it no nonstop from both of them,” Billie said. “'Mummy, when are you having a baby,' [they say.] Literally non stop.

“But because the kids are fighting so much, I do sometimes think to myself having another baby in to the mix, I’m not sure it’s the best idea at the moment.”

“Greg obviously says the same as well. We do talk about it – but obviously we are going to see what happens," she added.

Their new arrival is expected to be born later this year – something which Billie has admitted she’s nervous about.

She told OK! ahead of giving birth again: “I’m thinking about the birth more with this pregnancy than I did with Nelly and Arthur. You just want everything to be okay, but being pregnant is a really scary time – every scan makes me nervous.

“But I think because I haven’t been pregnant for such a long time, that also makes a difference. I’m overthinking it all, but hopefully, it’ll be fine.”