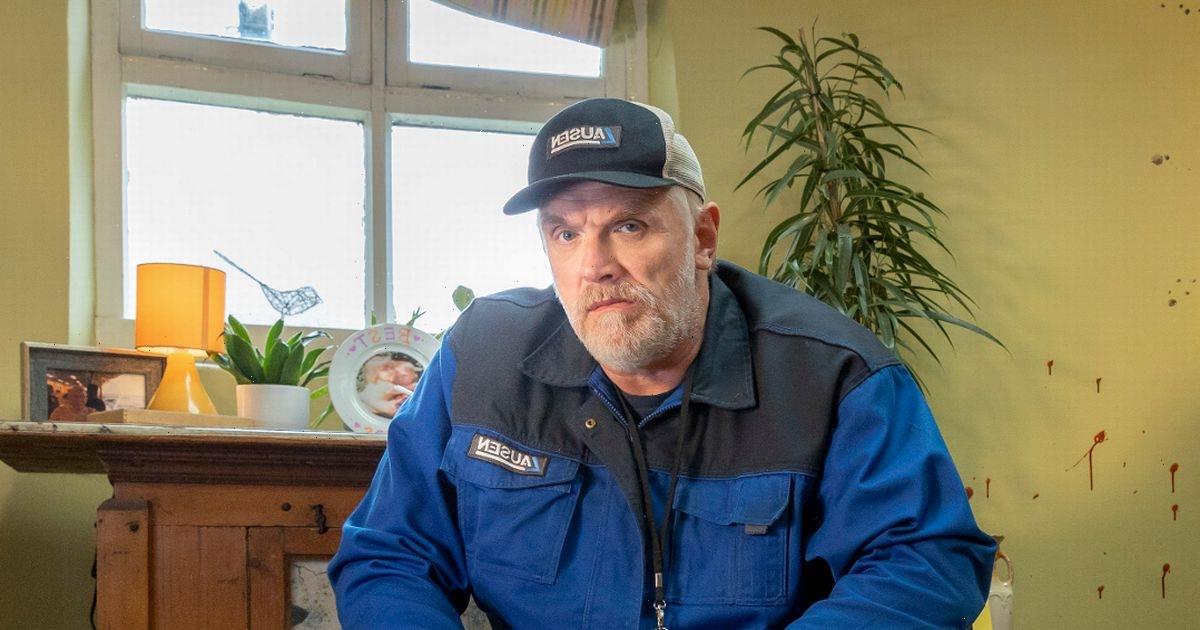 Fans of true crime now have something new to watch as the brand new show The Cleaner hits our TV screens on Friday, September 10 on BBC One.

The show is a dark comedy about crime scene cleaners as Greg Davies, who wrote and stars in the show, cleans up crime scenes as a job each episode.

The cleaner will also feature some famous guest stars like Helena Bonham Carter, comedian Phil Mitchell and actress Stephanie Cole, all of whom praised Greg as a ‘funny and talented man’ and a ‘brilliant writer.’

Greg Davies stars as Paul ‘Wicky’ Wickstead a crime scene cleaner whose job is to mop up mess after a gruesome murder.

It's based on the long-running German comedy series Der Tatortreiniger (Crime Scene Cleaner) by Mizzi Meyert which first aired in 2011.

Each episode follows a different death, where Wicky meets some quirky characters (including a writer and an influencer) In the pilot episode, Helena Bonham Carter plays the role of a 'murderous wife'.

Greg, 53, is best known for his roles in popular comedies like The Inbetweeners, Cuckoo and Man Down and says that his role as a serious character in The Cleaner was an 'interesting challenge'.

When speaking about writing the show, Greg said: “Each episode is generally a two-hand ‘play.’ I mistakenly thought this would be easier than writing for multiple characters. It is not!

“It was nice to just focus on Wicky and the person he encounters each week though. It’s a challenge to make them rounded and to give context to the dreadful events that have led them to be spending time with a crime scene cleaner.”

“My home/car regularly looks like crime scenes because of my incompetence in the field of domestic work.”

In research for the show, Greg spoke to a real crime scene cleaner to make sure the main character Wicky was "cleaning up blood the way it should be."

He said: "The funny thing for me about crime scene cleaning is about 90% of it is graft, you have to mop up big pools of blood."

"There was one point where I had to pick up a severed finger and put it into the bin, even that being a pretend severed finger I did reveal how ill-suited I am to crime scene cleaning."

More than anything, he wants Wicky's pride about his job to be evident throughout the series, as he describes the character as a "simple, unsentimental but moral man."

Greg continued: "I sort of imagine his home to be fairly grim, I don't especially think he looks after himself particularly well, but the thing I was keen to get across was the pride he takes in his job.

"There is a moral element to that, he likes to make things look the way they did before anything happened."

When discussing anecdotes from filming, Greg mentioned ‘one incident’ that he was ‘sworn to secrecy’ until he established how much the actor was prepared to pay him not to reveal it.

Greg was also asked what he would ask a real crime scene cleaner if he met them, to which he responded: “I’d apologise and then ask them if we can get together and design a more breathable soco suit for a fat middle aged man working under lights. “

Helena Bonham Carter will star in the first episode of the show as a murderous wife, and said that she “thoroughly enjoyed playing Sheila, one of the eclectic (and sometimes murderous) mix of characters that ‘Wicky’ comes across during his gruesome but necessary work.”

She continued: “Before this job, thanks to my children, I knew Greg as the really tall man on Taskmaster, but now I know that not only is he genuinely very tall but he is also a brilliant writer”

The Cleaner starts on Friday, Sep 10, BBC One 9.30pm and the full series available on BBC iPlayer from 10pm.