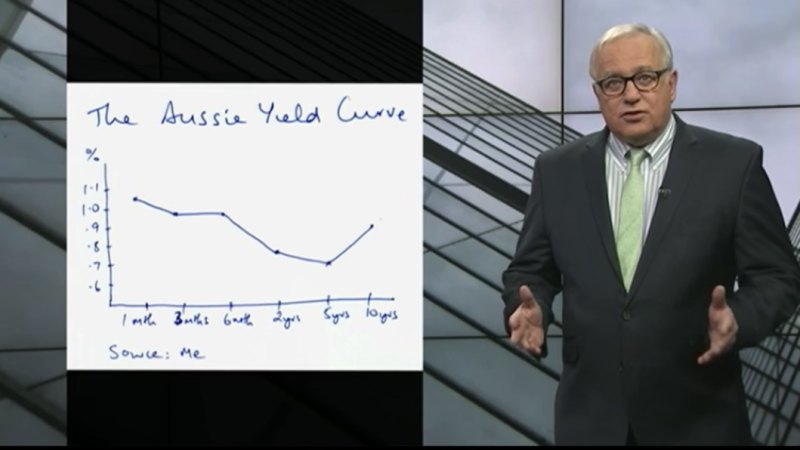 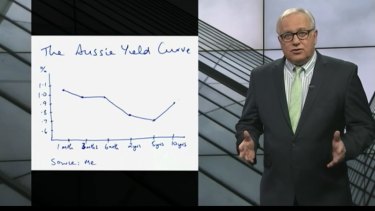 Was Alan Kohler’s graph too late for Aunty’s graphics department on Friday (August 16), that caused the hand drawn The Aussie Yield Curve to go to air, aptly attributing the source to “me”?

We were incredibly excited to see former ABC news reader Ian “Hendo” Henderson on Catalyst (13/08), but what a load of elitist crap that was. Fine if you owned as many delightful seaside houses he and his family do, to attempt to wind the body clock back and age better, play golf, etc. Show us how we, Australians earning a low salary and looking after our parents on the pension can live a better way. The ABC needs a seriously hard look at the shows it’s producing and presenting to its audience. You’ve lost touch with we the people.

Would someone please tell Andrew O’Keefe that not all people who watch The Chase are fully sighted and to at least let the unsighted viewers know what the answer is. My sister is blind and gets very frustrated when he doesn’t always mention which was the correct answer.

Miriam Margoyles can be irritating, self-centred, and grumpy, but her fearless, no holds barred approach in Miriam's Deathly Adventure makes for great viewing. She handles the taboo subject of death with great delicacy, and not just a little scepticism, when interviewing those who would have her believe in eternal life. She is the great unbeliever, and this is wonderfully refreshing to a cynic like me.

While we await the arrival of David Speers to helm Insiders after the departure of Barrie Cassidy, maybe it would be wise to take heed of recent AFL happenings. The concept of “caretaker coach” has thrown up some very popular and successful replacements from the pool of talent already available. Why go looking for big names and high-priced options when you already have tried and true performers ready to fulfil the role? Patricia Karvelas has shown herself to be a prime example of this over the last couple of weeks and would be a worthy successor to Cassidy.

Fish out of water

Pose has no peer

Pose is hands down the best television show. It tangles intricate and well-written narratives with extravagant ballroom scenes and unexpected ways to communicate plot. That is partially due to the diversity of the cast and crew – it has the largest cast of trans women ever for a TV show. I just wish that it didn’t air exclusively on pay TV. Everyone deserves to get a history lesson in the bright, bold world of queer New York in the ’80s.

Top marks for The Hunting

A big thank you to the ABC for broadcasting the test cricket from England with the BBC's Test Match Special team. It is highly entertaining to hear Agnew, Boycott, Mitchell and our own representatives, Jim Maxwell, Glenn McGrath and Mitchell Johnson. Continue the great work.

First, we had Jane Bunn arriving late on set every night and having to scuttle across from stage-right to stage-left to deliver the weather. Now she arrives on time at stage-left but walks towards us. Meanwhile, on Nine the weather presenters have moved from Peter Hitchener’s left to his right, where they promptly scuttle across in front of the weather map – and back again. Is this some sort of fitness regimen?

On August 15 we witnessed tennis player Nick Kyrgios appear to spit at the umpire during the sport segment on Nine News. Tony Jones stated he was disgusted at the behaviour of this player. Why then present anything that this bloke does in future?