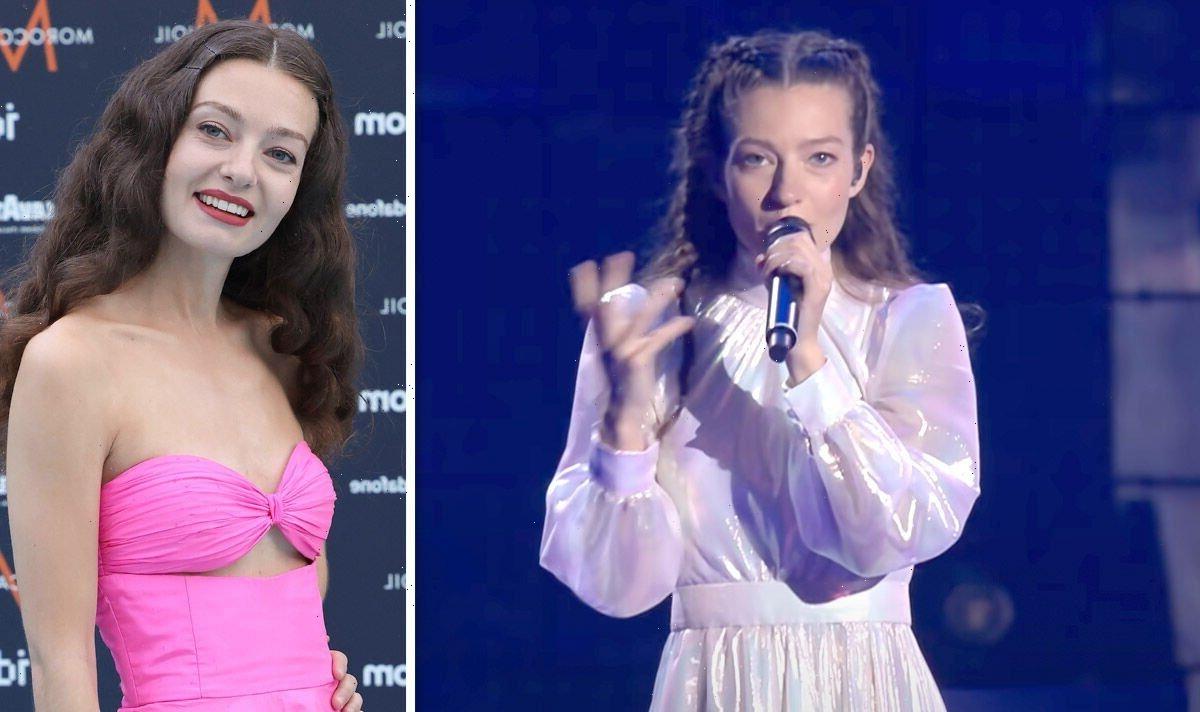 Mika discusses being a host for the Eurovision Song Contest

The Eurovision Song Contest is getting underway this week with two semi-finals on Tuesday (May 10) and Thursday (May 12), before the grand final on Saturday (May 14). There is a total of 40 countries taking part in this year’s competition including Greece whose entrant Amanda Georgiadi Tenfjord will be hoping to win votes with her poignant track Die Together. Express.co.uk takes a look at her song and its meaning.

Amanda has opened up about her track Die Together, which she wrote with producer Bjørn Helge Gammelsæter. Die Together starts with reverberating acapella vocals building into something more instrumental.

The song is about a rocky romance with the singer calling for the pair to die together so they will be intertwined for eternity,

Amanda has spoken about the song’s inspiration, saying it was penned after a failed romance but was a universal track about doomed love.

She said in a recent interview on TikTok: “It was some time after a breakup, and I wrote an album about the relationship from the very beginning to the very end, and Die Together is just one of the songs in the moment of the breakup, when everything is chaotic and sad.”

The singer added: “It’s not about one person or relationship, it’s a general thing.”

In an interview with Eurovision National Finals, Amanda also revealed how her current partner reacted to the new her Eurovision entry was going to be about an ex-boyfriend.

She explained: “First of all, the song is not about one boy or one relationship. It’s about a feeling you know, and more of a general thing. But my boyfriend now, he supports me and he likes the song.

“But I think it’s important to say that it’s not like about one person or boy but it’s a general love song in a general feeling.”

She stressed Die Together was “one moment” within the lifecycle of a relationship, going on to add: “I took some time after the breakup before I wrote it because I had to gain strength to write it.”

The Norwegian-Greek singer-songwriter was born and lived in Greece until she was three before moving to her mother’s homeland.

However, she very much has one foot in each country and returns often to Greece to visit her grandmother.

The singer-songwriter, whose work has been praised by The NME and The Fader, has an appreciation for pop music from both Greece and Norway as well as taking inspiration from Greek melodies and Whitney Houston alike.

Her love of music stems from her childhood and piano lessons from the age of five.

The star made her big breakthrough in 2015 and since then her music has featured on soundtracks and she’s performed at international festivals.

Amanda is not only a musician, she is also a medical student and is going into her sixth year of study with her final exams taking place a couple of weeks after Eurovision finishes.

She has also been doing a work placement at a hospital for COVID-19 patients.

The pop star will be the 15th in the running order in the first semi-final and up against the likes of Denmark, Ukraine, the Netherlands and Portugal.

There will be a total of 17 nations battling it out for one of the 10 spots in the grand final with some countries facing heartbreak.

The Eurovision Song Contest 2022 semi-finals will be airing on BBC Three on Tuesday and Thursday at 8pm.

The Eurovision Song Contest grand final will air on BBC One on Saturday, May 14 at 8pm